Apple and Google are the two most valuable global brands, according to recent research from Interbrand. Its annual report was based on an analysis of major brands around the world.

The researchers looked at three components to determine the 2017 value of each brand: (1) the financial performance of branded products and services; (2) the role the brand plays in influencing customer choice; and (3) the strength the brand has to command a premium price or secure earnings for the company.

Apple and Google have held the top two positions for five consecutive years. 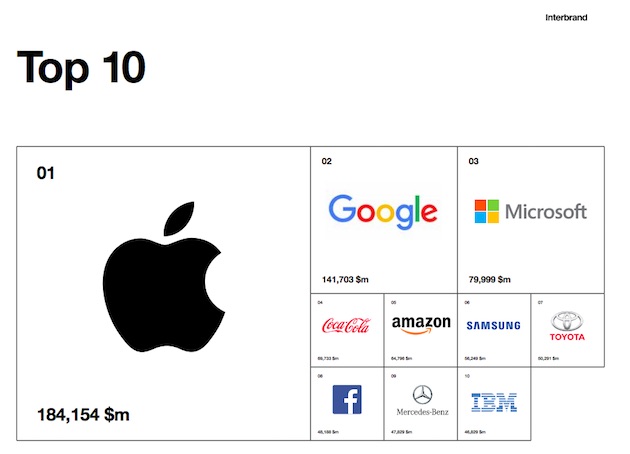 Facebook brand is the fastest-growing one, for the second year in the row. The researchers estimate Facebook's brand value jumped by 48% this year, to $48 billion.

About the research: The annual report was based on an analysis of major brands around the world.