What Makes Consumers Loyal to Brands?

Consumers say consistently good customer service is the top factor that makes them loyal to brands, according to recent research from The Blackhawk Network.

The report was based on data from a survey conducted in May and June 2017 among 1,502 consumers in the United States age 18 and older.

Only 57% of consumers say lower prices is a major reason they are loyal to brands.

That's true across a range of actions, including signing up to receive emails, watching for/taking advantage of rebates, and posting positive comments on social media. 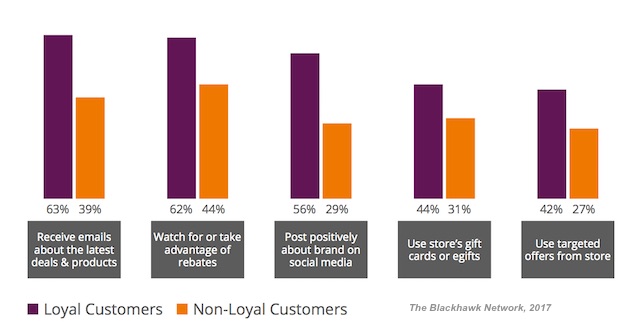 About the research: The report was based on data from a survey conducted in May and June 2017 among 1,502 consumers in the United States age 18 and older.