How Millennial, Gen X, and Boomer Employees Are Viewed at Work

Which generation of workers in the United States is viewed as being the most valuable by co-workers? How do the professional qualities of Millennials, Gen Xers, and Baby Boomers compare in their colleagues' opinion?

To find out, LendingTree surveyed 1,000 workers in the United States.

Gen Xers earned a high rating for reliability and did not receive an average score below 5.1 for any of the other qualities assessed.

Millennials received the highest score for technology skills but ranked last in 7 of the 10 qualities, including reliability, work ethic, productivity, and intelligence.

Baby Boomers received the lowest score for technology skills, but they ranked well for reliability and work ethic. 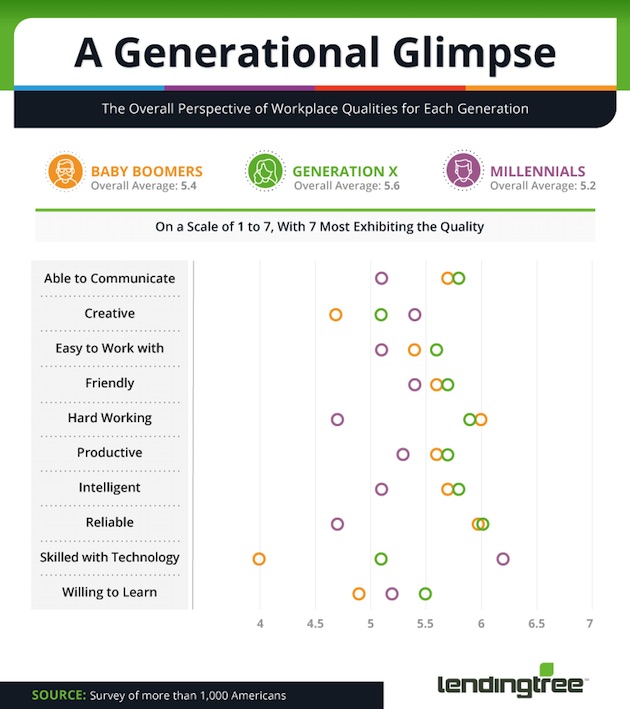 About the research: The report was based on data from a survey of 1,000 workers in the United States.