Google and Facebook dominate referral traffic to all types of online content but the proportion of visits driven by each varies significantly by topic, according to recent research from Parse.ly.

The report was based on an analysis conducted in April and May 2018 of 8 billion pageviews for 1 million articles on thousands of sites. The researchers used natural language processing to classify the content into 23 topic categories.

Overall referral traffic has shifted somewhat from Facebook to Google over the past year, likely because of algorithm changes made by the social network.

Topics that include reviews (such as Technology and Computing) and how-tos (such as Home and Garden) tend to receive a higher share of traffic from Google: 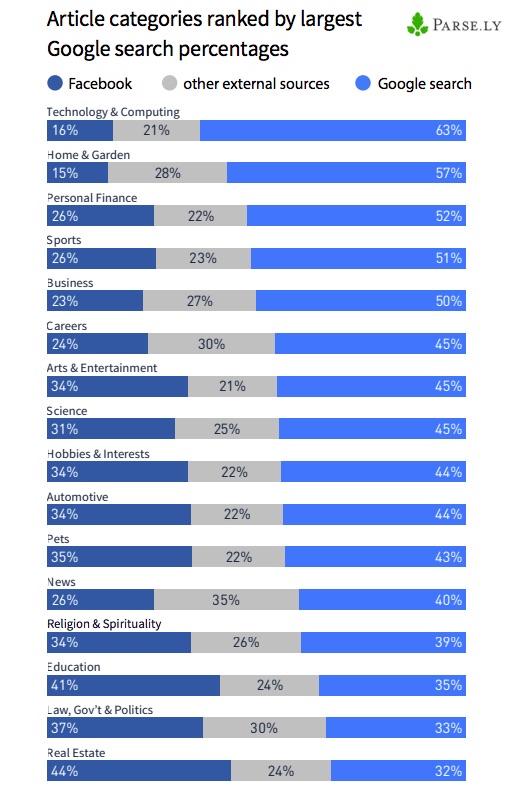 The Family and Parenting category receives the most external traffic from Facebook (70%). 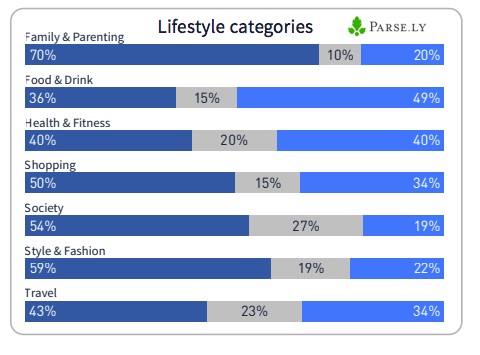 About the research: The report was based on an analysis conducted in April and May 2018 of 8 billion pageviews for 1 million articles on thousands of sites. The researchers used natural language processing to classify the content into 23 topic categories.