Consumer engagement with brand emails increased in the first quarter of 2018 thanks to fewer messages in inboxes, according to recent research from Yes Lifecycle Marketing.

The report was based on data from 7 billion emails sent by brands in 1Q18 via Yesmail360i, Yes Lifecycle Marketing’s cross-channel marketing platform.

Email marketing volume declined 29% between 4Q17 and 1Q18 as the result of what is a typical post-holiday dip in email cadence. 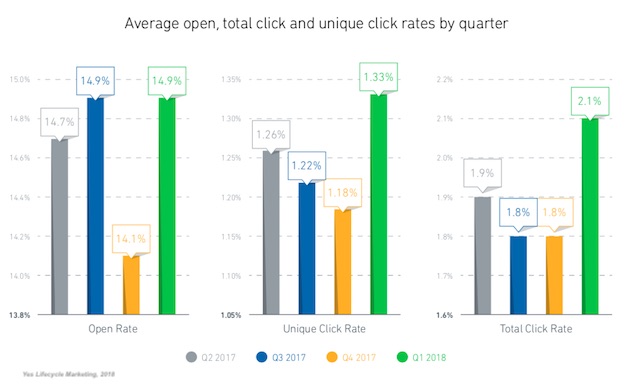 The share of email subscribers who were inactive for more than a year reached 22% in 1Q18, an all-time high. 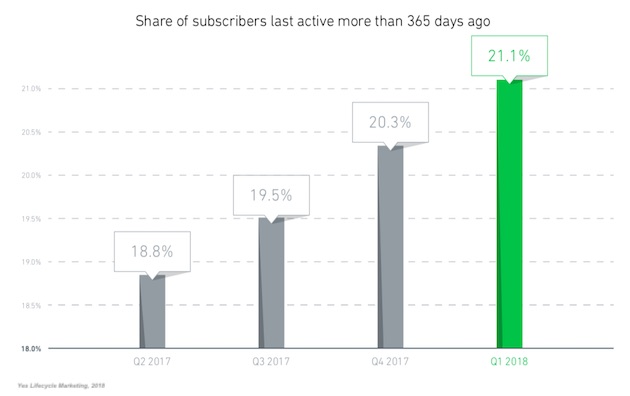 The performance of email campaigns themed around holidays and events was a mixed bag in 1Q18. 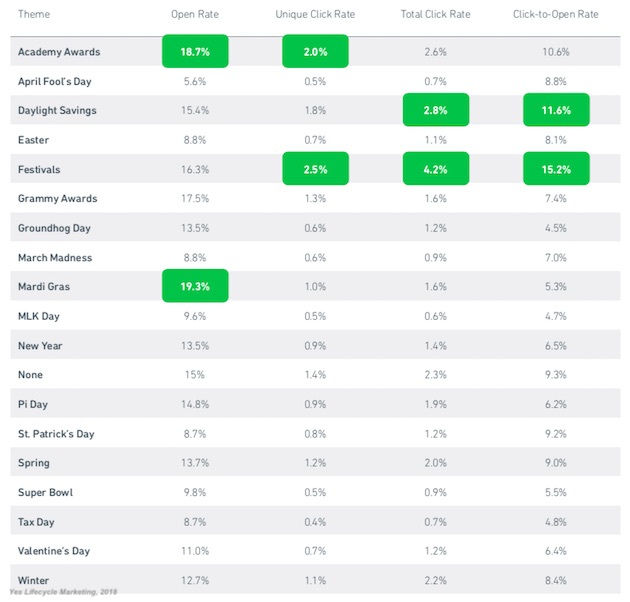 About the research: The report was based on data from 7 billion emails sent by brands in 1Q18 via Yesmail360i, Yes Lifecycle Marketing’s cross-channel marketing platform.