How Customer Service Preferences Are Changing

Although the phone remains the most used customer service channel by consumers, its appeal appears to be declining, according to recent research from The Northridge Group.

The report was based on data from a survey conducted in 2018 among consumers age 18 and older in the United States.

Some 57% of respondents said they had addressed a customer service issue/inquiry by phone in the past year, the highest share for any channel.

However, consumers' affinity for receiving customer service via phone appears to be waning: 43% of respondents in the 2018 survey said it is their preferred channel, compared with 49% in a 2015 survey. 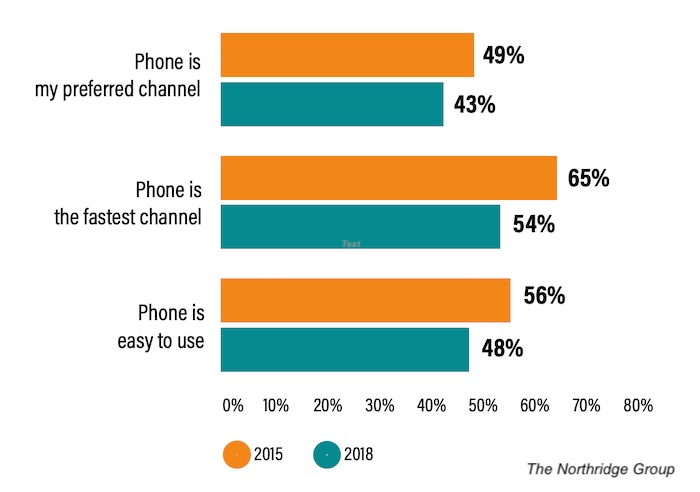 Less than half of consumers find any customer service channel easy to use.

The two highest-rated channels for ease of use are phone support (48% of respondents say it is typically easy) and online chat (47%). 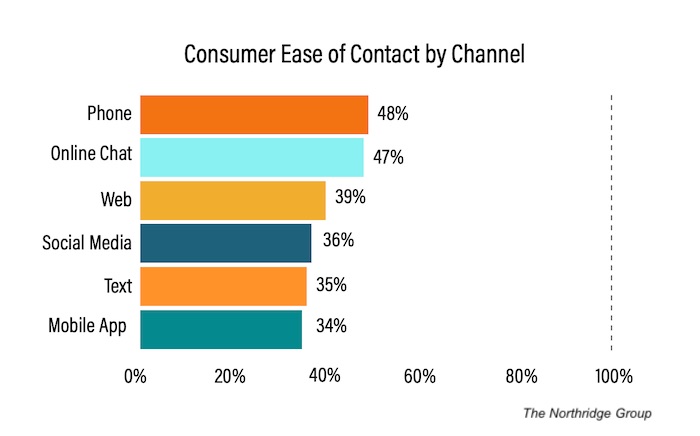 About the research: The report was based on data from a survey conducted in 2018 among consumers age 18 and older in the United States.

You may like these other MarketingProfs articles related to Customer Experience: