B2B vendors that create thought-leadership content tend to underestimate the impact of these pieces and overestimate their quality, according to recent research from Edelman and LinkedIn.

The report was based on data from a survey of 1,201 businesspeople in the United States who work for firms in a wide rage of industries.

On the other hand, 59% of sellers say thought-leadership content increases awareness, 17% say it increases consideration, 26% say it drives purchases, 14% say it enables premium pricing, and 29% say it makes cross-selling easier. 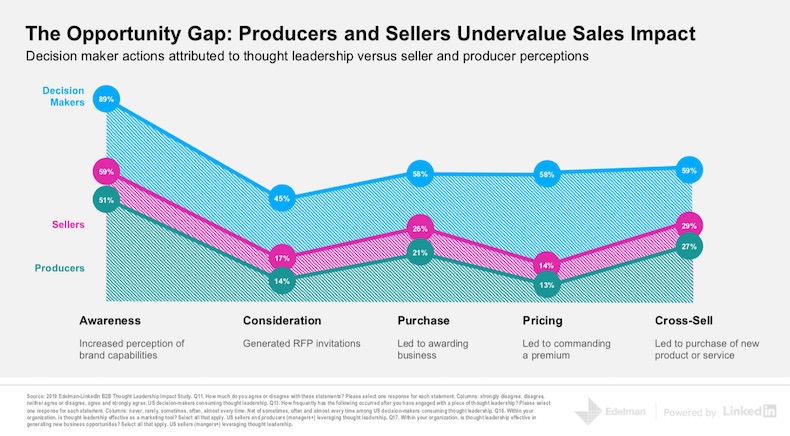 Only 18% of respondents who are responsible for purchase decisions say the thought-leadership content they encounter from vendors is generally excellent or very good.

That's compared with 25% of producers of thought-leadership content who say pieces are generally excellent or very good. 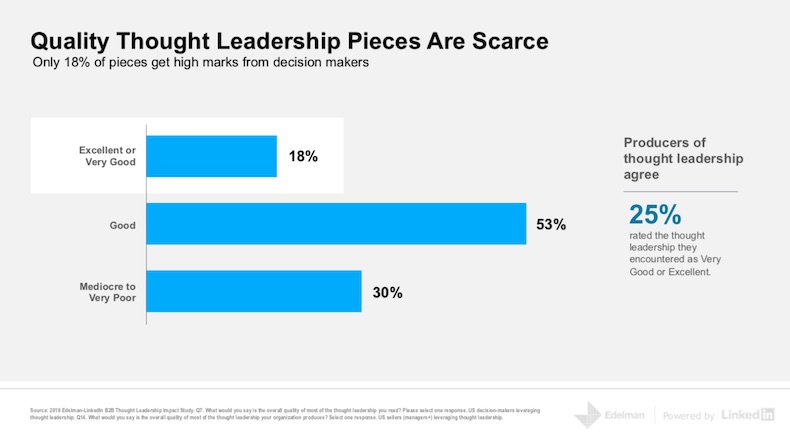 About the research: The report was based on data from a survey of 1,201 business people in the United States who work for firms in a wide-rage of different industries.