Some 8 in 10 workers (79%) say they would not accept a job with a higher salary from a company that fails to act against employees involved in sexual harassment, according to recent research from The Manifest.

The report was based on data from a survey of 540 full-time employees who work for businesses of various sizes.

The other company behaviors that most workers would not tolerate are selling user data without users' knowledge (76% say they would not accept a higher-paying job with a company that does so), creating environmental problems (72%), paying female or minority employees less (71%), and lobbying against consumer protection regulations (69%). 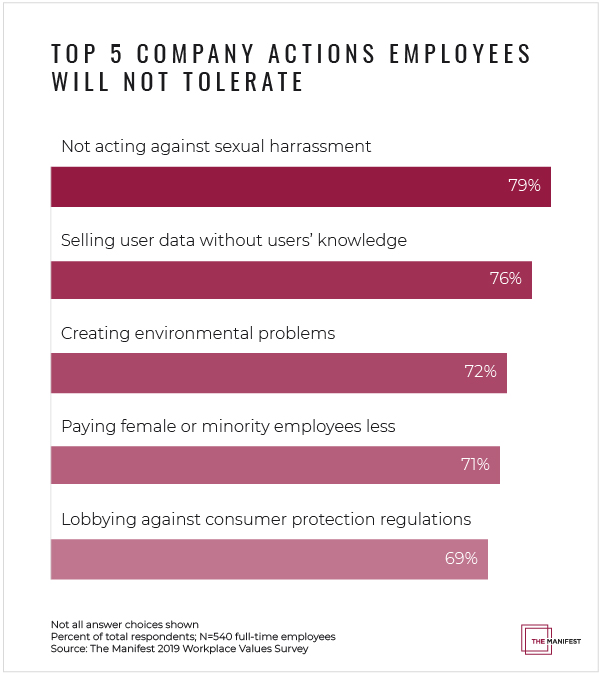 Most workers are, however, willing to work for an employer that has political views that differ from their own, the analysis found.

Some 54% of respondents say they would take a job with a higher salary from a company that makes political donations to candidates they dislike. 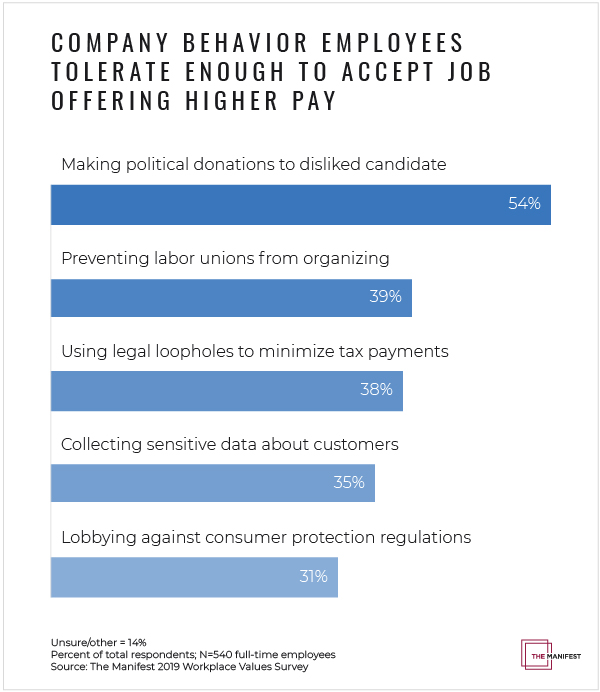 About the research: The report was based on data from a survey of 540 full-time employees who work for businesses of various sizes.