More than three-quarters (76%) of consumers in the United States say they are now moderately or significantly concerned about online privacy and the ways in which brands use data, according to recent research from SlickText.

The report was based on data from a survey conducted in January and February 2019 among 1,000 US consumers.

Some 86% of consumers say the data scandals over the past year have become more aware of brands' attempts to target them online. 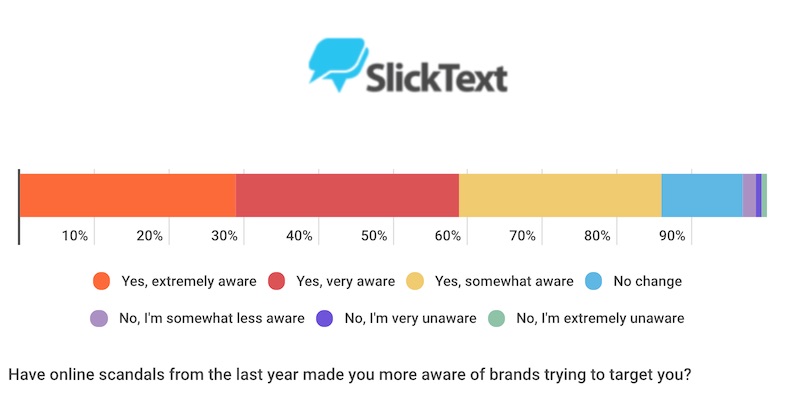 About the research: The report was based on data from a survey conducted in January and February, 2019, among 1,000 US consumers.