Fractl set out to find out by examining the tweets of 20 marketing leaders who provide frequent commentary on the industry online, including Neil Patel, Rand Fishkin, and MarketingProfs' own Ann Handley.

The researchers used the IBM Watson Personality Insights API to understand which personality traits are revealed by language that influencers use (see the full methodology and findings here). 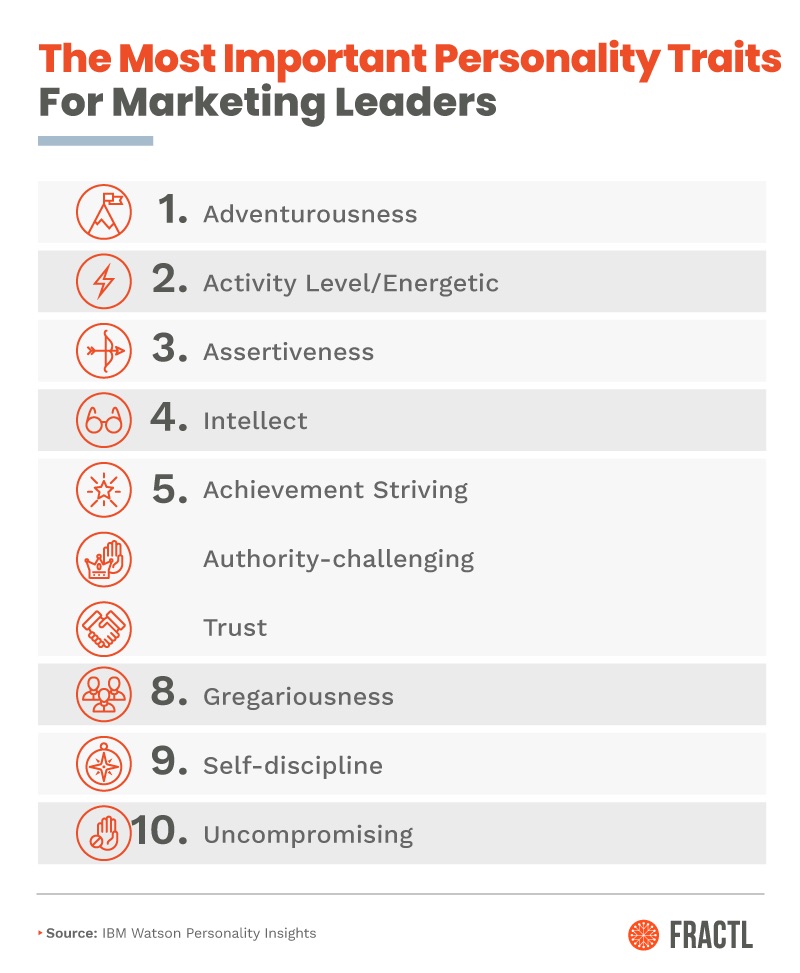 Adventurousness is the most shared personality trait of the 20 marketing influencers examined.


About the research: The report was based on an IBM Watson Personality Insights analysis of the tweets of 20 popular marketing influencers.