Consumers, especially Millennial consumers, are expected to spend more on gifts this holiday season compared with last holiday season, according to recent research from OpenX and The Harris Poll.

The report was based on data from a survey conducted in August 2019 among 2,000 adults in the United States who reported plans to shop this holiday season.

Millennials are most likely to say they'll increase spend this year, with 46% saying they plan to do so: 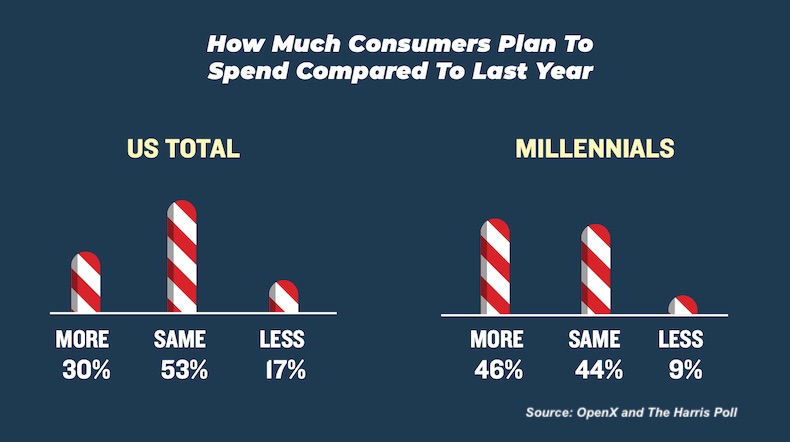 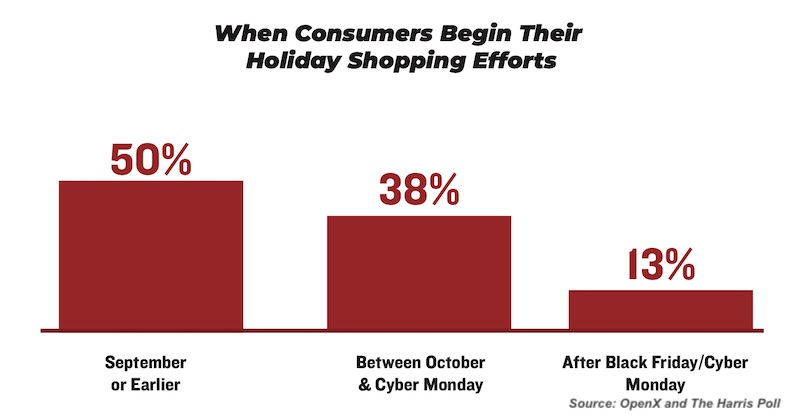 Mobile and digital are expected to have a significant impact on shopping behavior this holiday season.

Some 69% of Millennials plan to use their phones to holiday shop this year and half of Baby Boomers plan to split their shopping evenly between online and in store:

About the research: The report was based on data from a survey conducted in August 2019 among 2,000 adults in the United States who reported plans to shop this holiday season.