Do Most Businesses Have an Overarching Audience Data Strategy?

Most businesses are trying to develop an overarching strategy for their audience data, but few have managed to actually implement a strategy, according to recent research from Winterberry Group and and the Interactive Advertising Bureau (IAB).

The report was based on data from a survey conducted in September and October 2019 among 100 advertisers, marketers, publishers, technology developers, and marketing service providers, with most respondents based in North America.

Some 53% of respondents say their firm has taken steps to develop an overarching strategy to govern how it collects, manages, shares, and uses audience data, up from 49% in 2017: 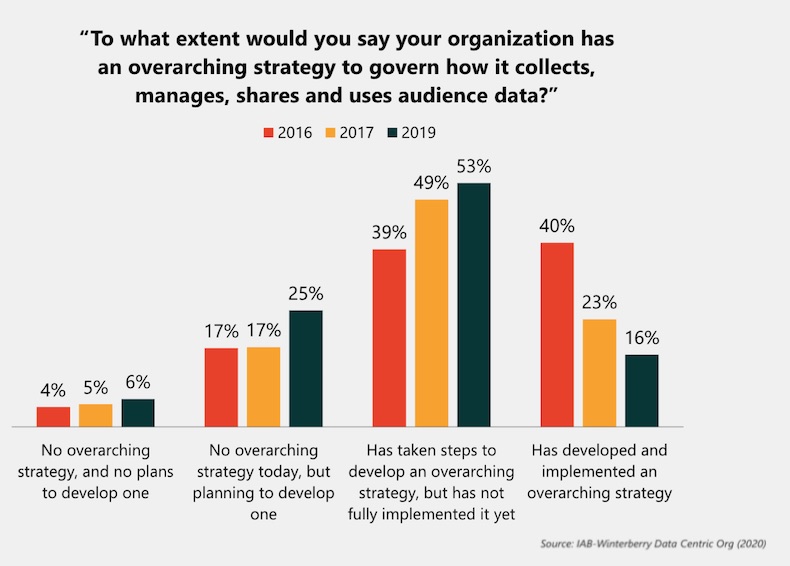 However, only 16% of respondents say their firm has successfully implemented an overarching strategy to govern how it collects, manages, shares, and uses audience data.

Organizations that describe themselves as extremely data-centric are actually less likely to have implemented an overarching audience data strategy, with just 8% saying they have done so: