Listen While You Work: The Media Habits of Remote Employees

Three-quarters of people who work from home say they regularly listen to music during office hours, according to recent research from Nielsen.

The report was based on data from a survey of 1,000 adults in the United States who are working from home.

Fully 65% of remote workers say they watch TV or stream video content during a break from work at least once a week, on average.

Moreover, 56% say they watch TV or stream video content, with sound—while working—at least once a week, on average. 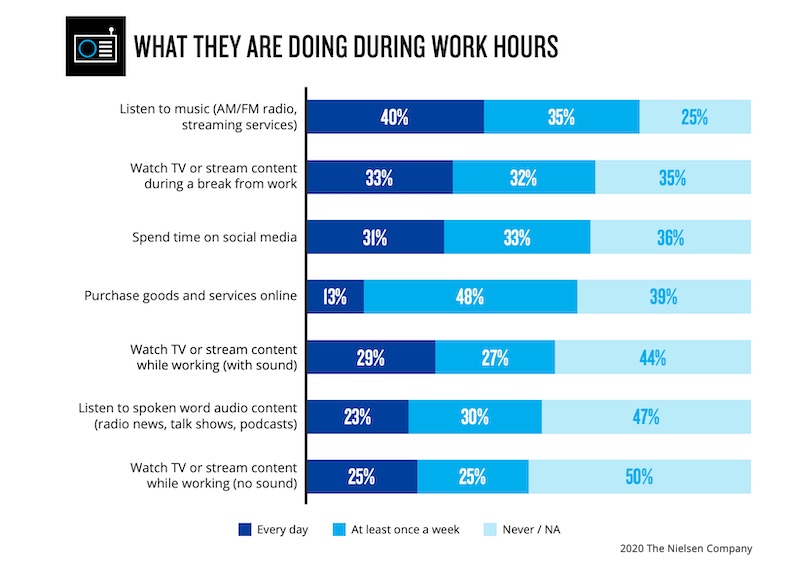 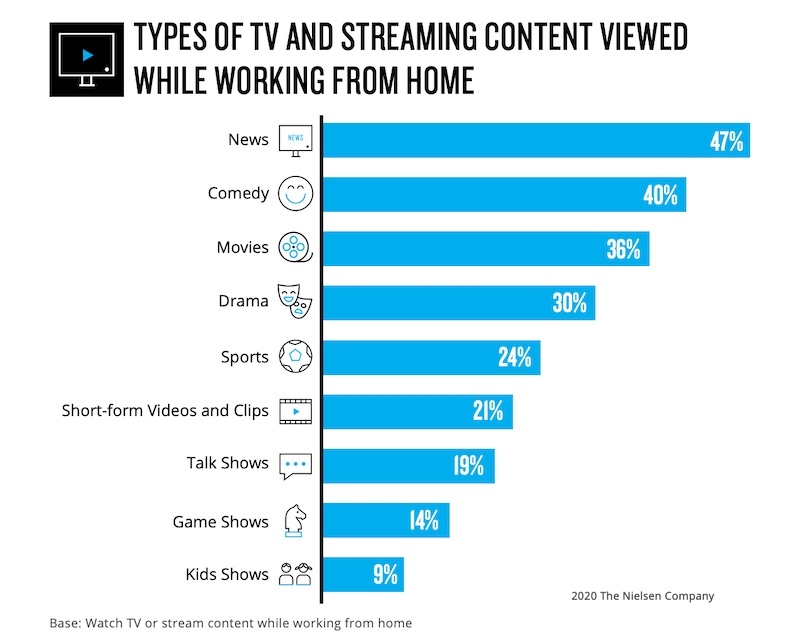 About the research: The report was based on data from a survey of 1,000 adults in the United States who are working from home.