Apple's Mail Privacy Protection (MPP) feature appears to have had a noticeable impact on email engagement metrics following its introduction last year, according to recent research from Campaign Monitor.

The benchmarks report was based on an analysis of data from more than 100 billion emails sent by marketers through Campaign Monitor's platforms in 2021.

The average open rate across all industries was up 3.5% year-over-year in 2021, and the click-to-open rate was down 3.6%.The researchers believe both shifts were likely due to Apple's release of MPP, a privacy feature that was part of iOS 15. MPP can artificially inflate open rates because messages are pre-fetched/downloaded for users who have opted in.

Open rates began to climb in June of 2021 when the beta of iOS 15 was released and jumped in September following the public release. 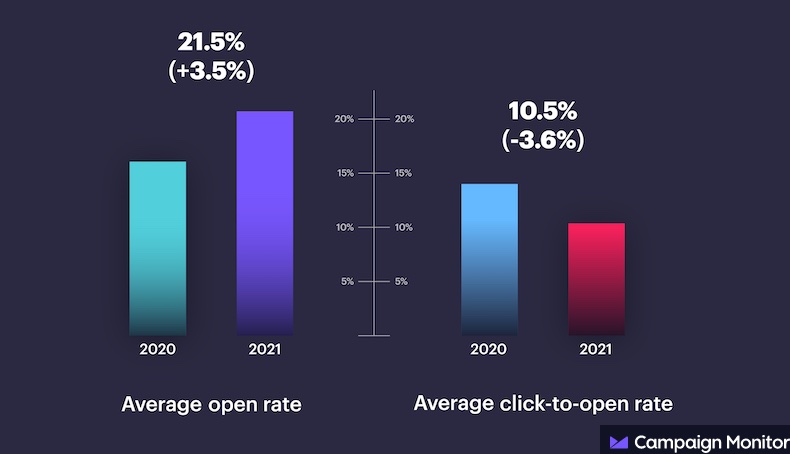 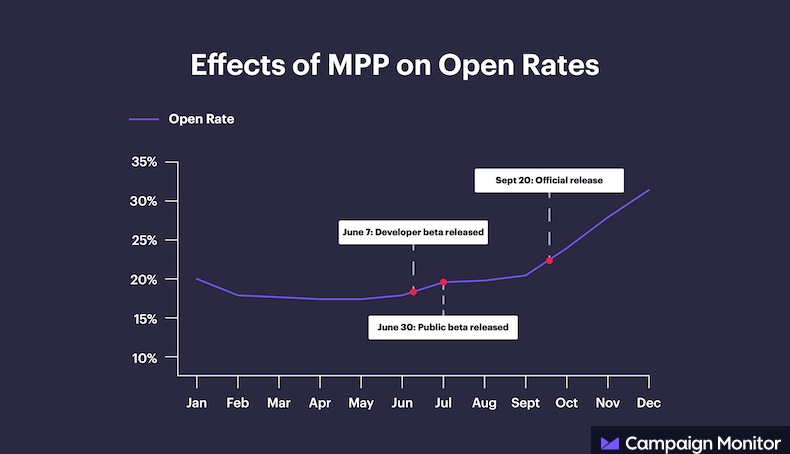 Cross-industry email marketing benchmarks for 2021 such as the average open rate, click-through rate, click-to-open rate, and unsubscribe rate did not vary significantly by day of the week, the analysis found. 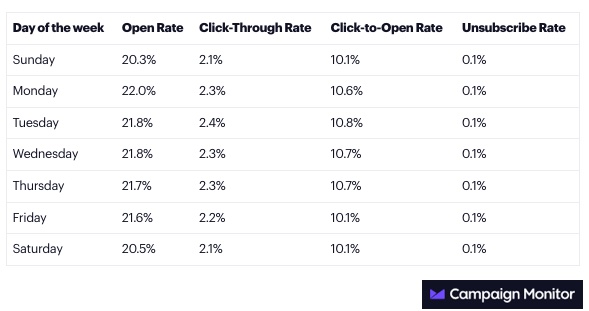 Email benchmarks did vary widely among industries/verticals, the analysis found. 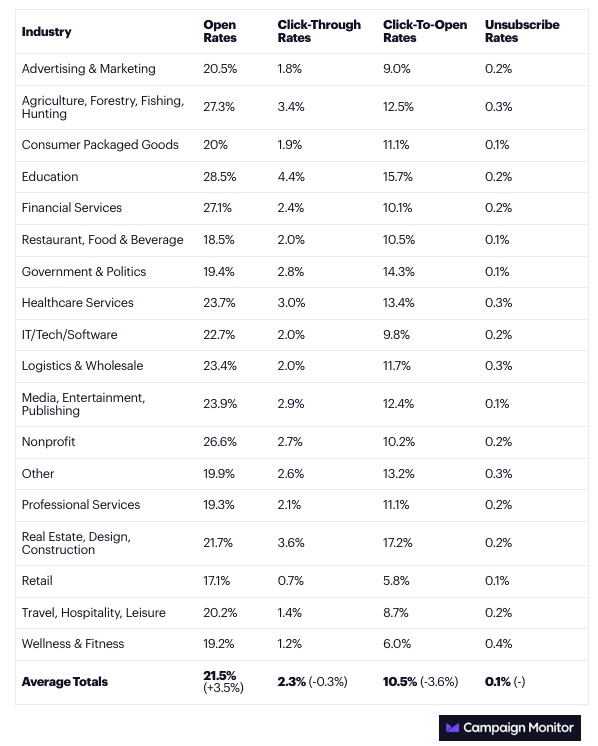 About the research: The benchmarks report was based on an analysis of data from more than 100 billion emails sent by marketers through Campaign Monitor's platforms in 2021.