This week was replete with value. Learn the "science of the Harlem Shake," see the first-ever Vine résumé, and score the story—and insights—on the Burger King Twitter hack. Also, we've got tools in droves: PinAlerts for Pinterest, Curalate for Instagram/Pinterest/Facebook campaign creation and analysis, SendTracker for SlideShare, Twitter's lead-gen advertising card, and Facebook Nearby. Also, does Facebook really punish brands for posting from third-party platforms? The answer to that, and more, in this week's #SocialSkim.

What's the deal with the Harlem Shake? There's probably been a lot of shaking in your feed lately. Josh Constine provides the "science" behind the Harlem Shake's contagiousness. But before you leap face first into the shaker, consider the following video of people from Harlem reacting to the meme that's seized hipsterdom and the brands that love it. Awkward.

The King gets ousted. This week in buzz, Burger King's Twitter account got hacked by a group that populated its feed with pro-McDonalds content. The brand eventually freaked out and wiped the content, but its profile image—a prominent McD's logo—continued to generate social laughs at the King's expense. 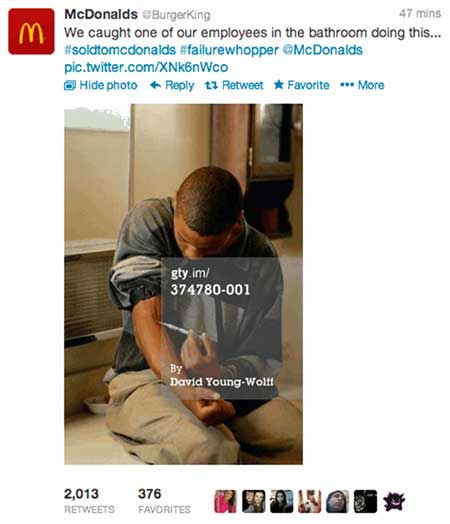 All's back to normal for @BurgerKing, but best-practice lessons abound. Digiday synthesizes what Burger King learned about 24/7 marketing, and viral hitmaker Deep Focus provide BK-inspired advice on social platform security. Just another lesson in not following a King's example?

When a hack begets hacks. Hoping to ride the coattails of the @BurgerKing story, MTV and BET fake-hacked their own Twitter accounts in a weird inside joke that went viral. The stunt resulted in lukewarm publicity and no bump in followers. The moral: it's great to have a point, but if your point is a punchline, please make it an obvious one. 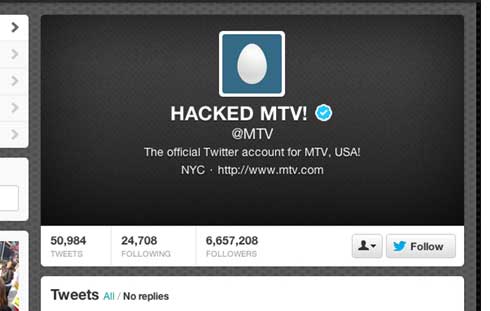 Twitter: B2B-friendlier. Twitter's testing an advertising card for lead generation targeted to small businesses. Delivered via Twitter Cards, it enables add-on functionality in Tweets (like photos or videos) that will can include a "get it now" button, or a button that lets you capture emails or phone numbers. Here's a sample Tweet for Twitter's Small Biz Guide: 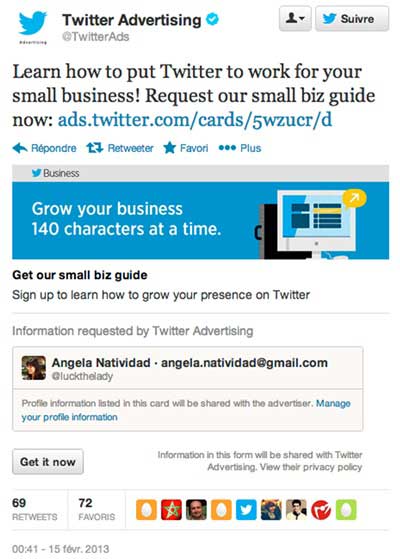 The first-ever Vine resume. Thanks to one Dawn Siff, it's finally happened. Responses are mixed. How long does it take to make a first impression, anyway? Six seconds may suffice.

How do you embed Vines, anyway? We're so glad you asked, content creators! It's easy: the code's in this handy-dandy article  from Harbinger Labs.

GDrive: preview-friendly. Google Drive is one of our most important collaboration tools, particularly for remote teams—which inevitably means GDrive's loaded with clutter. Now there's a way to preview photos, videos, documents, and PDFs before you open them. Hello, timesaver.

The Skinny on Facebook Nearby. A couple of months ago, Google introduced a feature for the Facebook App's "Nearby," which makes it easier for users to discover local places that friends like. SocialMediaToday says local businesses can use this feature... if they know what it is and how to use it. 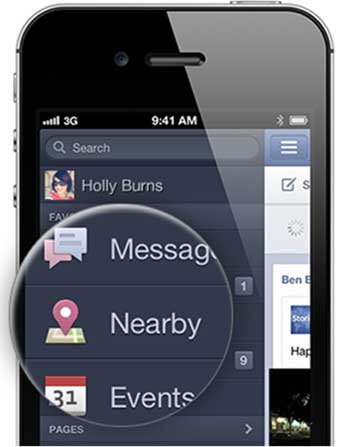 Facebook passes APIs a little sugar. It's long been thought that Facebook's EdgeRank algorithm punishes marketers posting scheduled posts from third-party platforms such as those from BuddyMedia, HubSpot, or Hootsuite (reportedly, you could lose click-throughs by up to 60%). In 2012, Facebook claimed to have fixed this "bug," but we had no concrete evidence.

To end the debate, EdgeRank Checker conducted a study gauging the engagement metrics of 400 brand pages before and after the announcement. Its findings: third-party scheduled posts still get slightly less visibility, but they are not actually being punished for using outside platforms. "Facebook isn't punishing them, but I do think a lot of third-party users are punished by posting too much or not engaging after they do post," concluded founder Chad Wittman.

Yahoo makes devil's deal. CEO Marissa Mayer is making her mark: Following news that she plans to align the faltering Yahoo with Facebook, the Internet firm launched a revamped homepage. Facebook Connect will populate your homepage feed with stuff friends have Liked or shared, making the sleeping giant both more social and more relevant.

The key to viral: better editing? Jon Thomas argues that the secret to "going viral" isn't just producing more snackable content, but content thoughtfully edited in response to the platform, the target, and what "snacky" sites you want it picked up by (examples: BuzzFeed, TheDailyWhat, ICanHazCheezburger?). He gives brands a boost by providing five tips on how to approach the editing process for more shareable material.

Don't hate, communicate. The Inbound Marketing Blog provides three reasons customers might hate you, even though you're doing all the social things you think you're supposed to do. Give the piece—and your brand—a cold, hard look.

Shred those silos. Last week AKQA's Ron Peterson shared what challenges brands face when incorporating social media. One of them was breaking down silos, a cultural issue that can take years to reset. Here are five ways to use B2B social media to break them down faster. You'll see oldies but goodies, such as "align sales with social" and "get CSR on board," as well as unexpecteds, such as "get the product team blogging." Why didn't we think of that?

SlideShare: now with more tracking! SlideShare, the social darling of PowerPoint fiends, has launched Sendtracker, which vastly improves its analytics offering. Get real-time alerts when people engage with your content, as well as a sense of how they interact with it: how long, what did best, and who looked. You can also create content libraries, where you can compare engagement across your uploads.

Curalate: visual social media analytics. Curalate now provides analytics for Pinterest and Instagram, making it the first-ever site to consolidate reports for both networks on the same dashboard. See what snapshots are most popular, merge discussions about the same image from separate networks, and create promotions for Pinterest, Instagram, and Facebook at the same time!

"We're helping brands see the bigger picture—to engage audiences across networks based on what's most relevant rather than what's most recent," says founder Apu Gupta.

PinAlerts: A Google Alerts for Pinterest. If Curalate isn't enough for you, try Pinalerts, a free tool that lets you monitor what's being Pinned from your website (or any other site you monitor).

A picture's worth $2.5B. Pinterest just raised $200M in a funding round led by Valiant Capital Management and is now allegedly worth $2.5B.

Still pro-Instagram? Here are 8 brands that have run Instagram competitions. Glean for inspiration.