See what two controversies rocked the social scene this week (neither involved Syria). Also find a flowchart for choosing hashtags, stats on the best socnets for B2B, Twitter's latest social TV buy, a GIF-based horror saga, and news on Facebook's shared photo albums (among other handy-dandies). Skim for the skinny on twerking—whether you want it or not.

What's in a twerk? The Harlem Shake has found a successor. Miley Cyrus brought "twerking" back with her recent VMA performance, triggering an epic number of "twerk" searches on Google and saturating newsfeeds with either memes about Miley or memes about twerking. Twerk was added to Oxford Dictionaries Online (along with—eek!—"selfie"), and ABC explains what twerking is (for the generation that missed it entirely). Morgan Freeman even weighed in. And there's more twerkery here. We miss Gangnam Style. 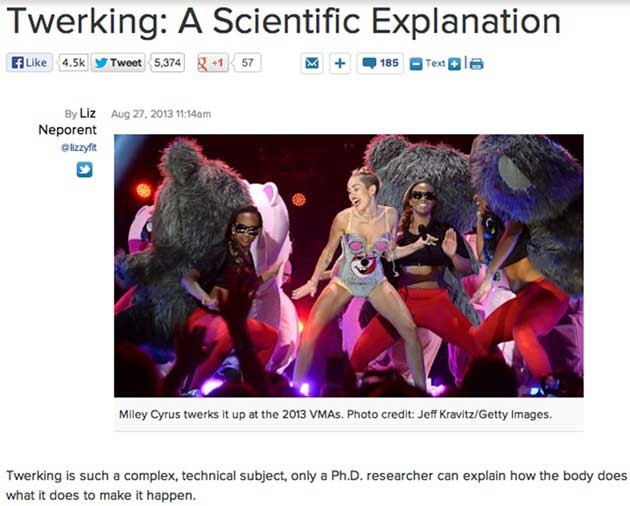 When the crowd wants to cast. The Christian Bale series of Batman flicks only just revealed their Robin, and already we're changing actors. Ben Affleck's been tapped as the new Batman, causing a flurry of social rage and the launch of a petition demanding the choice be reversed. It's been signed by 75,000 people. There's also a hashtag: #BetterBatmanthan (Ben Affleck). No telling whether Warner Bros will fold under the pressure, but after the underdog success of Argo, we think Affleck deserves a break. 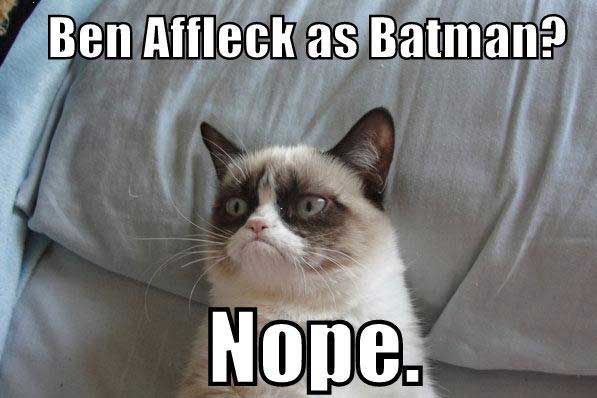 Supercharged stats for social TV tweets. Twitter's bought Trendrr, which tracks (primarily American) social media engagement around TV content—one more tool that will help Twitter "build great tools for the rest of the TV ecosystem." Trendrr's been an analytics darling for big brands seeking to follow live sentiment for TV shows on Twitter, and this acquisition is another aggressive step Twitter's taking toward owning the social TV market (subtext: squeezing Facebook out and dominating ad dollars). 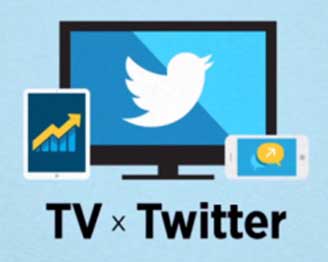 Socialize your picture albums. Starting Monday for English-speaking users, Facebook will start unrolling Shared Photo Albums, which lets friends contribute to your albums (like Pinterest's shared boards). Up to 50 people can contribute to an album, and each can contribute up to 200 photos. The feature makes it easier to aggregate photos from an event, for example—but for the time being, it won't be available for Pages. 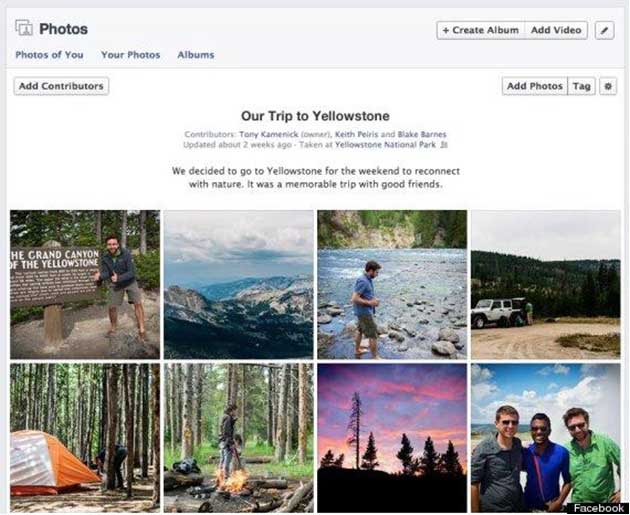 The definitive hashtag flowchart. Twitter's published a flow chart to teach marketers how to choose the best possible hashtags. Below you'll find an excerpt, but to see the full version (and you'll want to), click here. 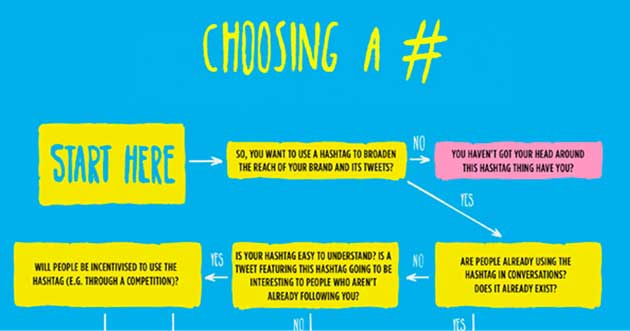 For more coherent conversing. Twitter's updated its iOS and Android apps to make it easier to follow conversations: from now on, tweets that are connected will be joined by a vertical blue line. On your homepage, up to three tweets in a discussion will be shown at a time, with an option to click to see the full stream. (A bit like how Facebook shows only a few replies, with the option to see more.)

Finally: GIFs on Facebook. It's a common irritation that Facebook won't show GIFs; you have to click elsewhere and leave the site in order to see them. Giphy is the solution to all that: Use it to find GIFs that are visible on Facebook, or submit your own. We don't know how the technology works; we just know it does. (And, apparently, the Gap already knew.)

A saga in GIFs. Here's a cool lesson in GIF-based storytelling. Colin Raff, a horror artist who's made a name for himself on Tumblr, launched his latest storytelling project, "Landmarks of Old Euxinova" in partnership with Thumbtack Press. The eerie GIF-powered saga opens in the year 188x, when editor/writer Wilfred Archbairne-Quelleck tries locating a biological explosive device timed to destroy an International Trade Exposition pavilion. Follow along as he tries solving the mystery, encountering one hazard after another. 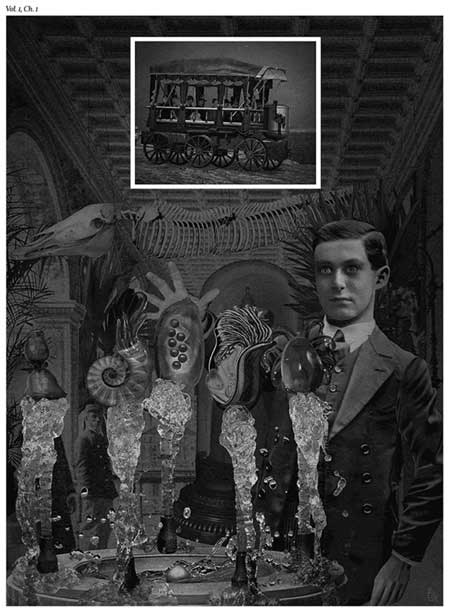 The B2B deciders have decided. More than 8 in 10 B2B decision-makers (81%) in North America and Europe visit LinkedIn at least once a month—21% for business reasons, and 63% for both business and personal reasons—according to Forrester data, as presented by MarketingCharts. That makes LinkedIn the fave among the Big 3 socnets: Facebook, Twitter, LinkedIn. What do those B2B marketers do on LinkedIn? According to the article, "Among LinkedIn users, 88% have connected with peers or colleagues in the past month, while 40% have participated in LinkedIn groups affiliated with a brand or vendor."

One step closer to better mobile photography. Instagram's launched a photo-straightening feature, one of many new features that makes it easier to produce the best photo possible within the app, instead of using other apps to edit photos before sharing them on Instagram. It's available only for iOS devices, but it is being lauded as one of numerous new tools that will keep people on Instagram instead of drifting elsewhere. (Also, it'll make photos easier on the eyes for your friends—always a welcome result.)

Why type when you can Stick? Emoticons don't do it for you? Facebook's introduced a weird emoticon variant called Stickers, described as "detailed illustrations of characters with personality." But think of them as giant emoticons that express your feelings more like manga. To send one, open a message or chat with the desired recipient, click the smiley face in the chat window, and scroll to see and choose from your available Stickers. These are only available on a limited set of devices, and word has it they might someday cost money. (Why this would be the case, after the failure of Virtual Gifts, we don't know. But we're sure brands will want in.) If you're interested, Thought Catalog's produced an ironic guide on how to use Stickers to properly express yourself. (Hint: there is no "properly.") 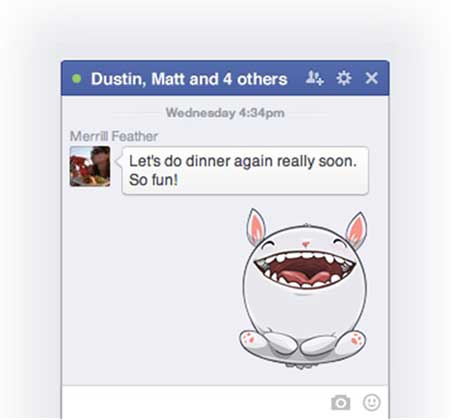 Rebranding big purple. On September 5, Yahoo will unveil a more social-friendly logo that reflects its "reimagined design and new experiences" (read: more social- and mobile-focused). To whet the appetite, it's sharing 30 days' worth of logo variations on its blog, on Twitter, and on other sites. Below you'll find the teaser for that, and here you'll find a reimagining of the Yahoo logo that won on 99designs (Yahoo wants to make a point of keeping its exclamation mark).

We'll wrap with something edifying but not too fiber-heavy. Ben Grossman provides 10 social best-practices from the best social brands of 2013—an easy-to-follow presentation with examples from JetBlue, Dove, Lowe's, and Coca-Cola, among others. Learn what they did right, and how you can duplicate the success. Dig in to kick-start your September!