Read about Twitter's upcoming IPO, Apple's latest product announcements (and the bevy of competitor tweets that followed), how to get "verified" on Pinterest (and why), what brands tweeted on 9/11, and who's just been crowned king of viral video. Also: how can media partners use Facebook conversations in real-time? It's all here. Skim for your social sustenance!

#IPO, anyone? Yesterday Twitter confirmed (via tweet, of course) that it's filed an S-1 with the SEC... meaning it'll soon be going public, at a valuation between $15 billion and $20 billion (compared with Facebook's $100 billion valuation when it went public). Goldman Sachs is the lead underwriter. TechCrunch thinks NASDAQ will likely be snatching this one out of the NYSE's still-trembling hands.

We've confidentially submitted an S-1 to the SEC for a planned IPO. This Tweet does not constitute an offer of any securities for sale.

#Neverforget... to choose AT&T? 9/11 passed this week, leaving socnet users somber and reflective about where they were and what they were doing when they first heard the tragic news. Unless you were a brand... many of which built promotional messages around the day, an awkward exercise at best. AT&T, however, got the most flak —for a tweet featuring a phone snapping a pic of the Twin Towers memorial. One user even started a (now viral) hashtag, #ATTtragedies, based on the gaffe. Feeling sheepish, the telco CEO has since apologized, calling 9/11 "a day that should never be commercialized." 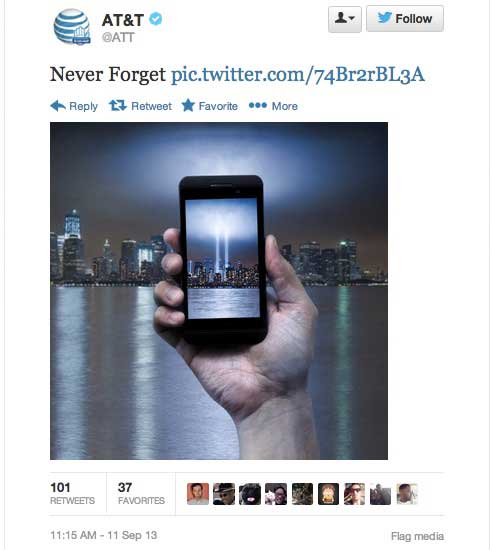 Google, however, got worthy attention on that day. Some users revisited Street View imagery of the 9/11 memorial], which Google updated in May, along with imagery for Hurricane Sandy and Central Park. (Worth noting: it was other people bringing the imagery to people's attention, not Google itself pushing people to the page on 9/11.)

The twerk trick. A video of [one girl's epic twerk fail—in which she finishes on fire but not badly hurt—went insanely viral this week, scoring a whopping 1.4 million views. The catch: it was actually a prank (on the whole Internet!) by Jimmy Kimmel, who's since been crowned the unparalleled king of viral videos. (He's the guy who encourages parents to tell their kids they ate their Halloween candy... then film the kids' reactions.) See Kimmel reveal his prank (which also includes the original video):

But this week, our king of viral was another Jimmy: Fallon, who produced a "Breaking Bad" parody called "Joking Bad," with appearances from show stars. The video features the protagonist hunting for jokes to sell—a great way to plug Fallon's upcoming takeover of The Tonight Show, currently hosted by Jay Leno (who appears at the end of the vid!):

Unapologetically plastic. Apple announced the new iPhone 5S in anodized aluminum, and the 5C, an "unapologetically plastic" variant that comes in lots of colors (and inspired lots of parodies). The 5S includes the ability to lock with fingerprint recognition. Competitors at their snarky best bought a slew of sponsored tweets, subtly—and sometimes overtly—criticizing Apple as the event progressed. Good news for Twitter and advertisers (ensure max Twitter visibility during live events!)... but embarrassing news for catty phone companies. See the sponsored tweets here, and read complete details about the Apple announcement.

Don't just share videos you made. YouTube's letting content creators create playlists that include videos from other channels, enabling [better cross-promotion. There's never been a better time to make friends with a YouTube star. 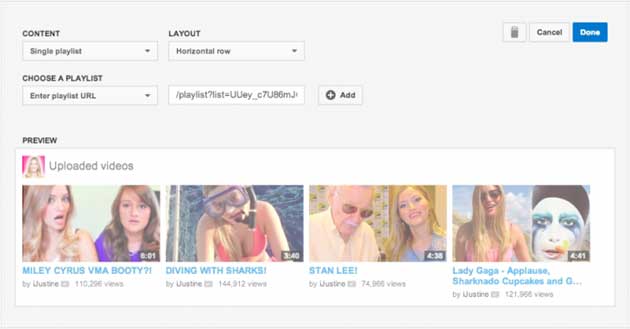 Search engine "hot or not." Google Trends now sports a revamped design and two new features: Trending Top Charts and past 30 days of hot searches. The design changes make it easier for users to find comparative search data by region, time series, category, and other variables. Trending Top Charts lets you access numbered lists for top searches in categories such as sports, entertainment, and politics. (Google says it's also easier to track anomalous spikes in search habits.) And past 30 days of hot searches lets you see what was hot in the past month across all categories: 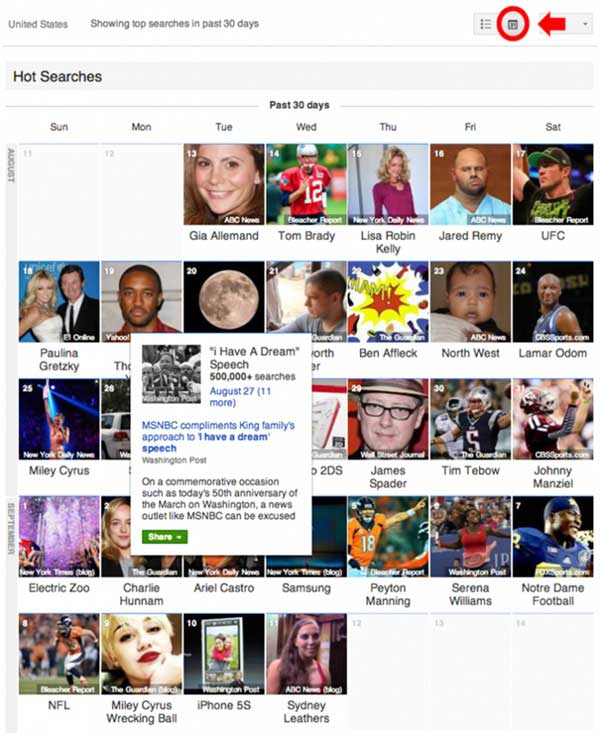 Check your chatter. Hoping to unseat Twitter as the real-time conversations hub, Facebook opened a "public feed API" to a few media partners, including Sky TV, Buzzfeed, Slate, and NBC's Today Show. The API lets them tap into real-time feeds of publications that mention keywords they're interested in. It's also testing a "trending" section for the most popular topics of the moment. Some users may want to check their public chatter.

Promoted vs. organic. A Wise Metrics study found that promoted posts on Facebook do nothing to your organic results on the socnet, meaning that even if one of your promoted posts does well, it won't lead to better visibility for future "un-sponsored" posts. But, Wise Metrics writes, "If promoting a post won't help you increase your future audience, at least it doesn't hurt." Womp womp. 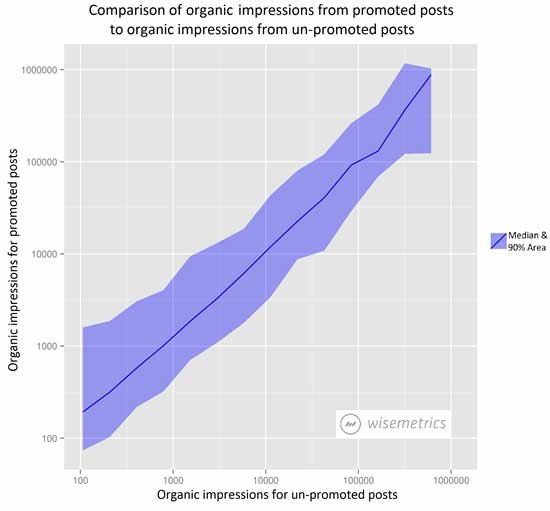 Facebook, meet WordPress. WordPress users can now embed Facebook posts onto their blogs, making it easier to highlight a discussion that happened on your Facebook page for a general audience. Don't you love it when platforms decide to share? 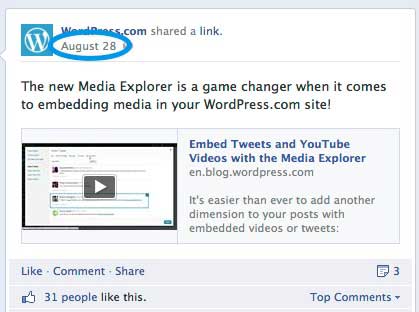 Don't get pricked while Pinning. Cynthia Sanchez wrote a list of five mistakes business should avoid on Pinterest. The top mistake is failing to verify your site on Pinterest (which you can learn how to do here. Also, don't leave boards empty or incomplete! Private boards let you prep in advance before releasing them into the wild. 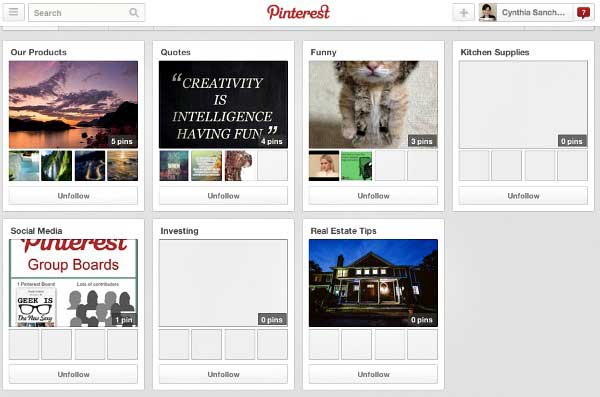 If you need more Pinterest advice, Constant Contact posted the top 5 questions (and answers!) from a Pinterest webinar it held. Learn the difference between a personal and business account, why businesses should Pin, and what the etiquette is for content for which you don't hold the copyright.

We'll wrap with an interesting experiment in journalism: Live-tweeting a feature. CNN recently live-tweeted a complete feature story from beginning to end: an exploration for Atlanta's Hartsfield-Jackson International Airport. 30 journalists spent 24 hours at the site, gathering experiences and using Twitter as a "notebook." Positioning the story as an "event" was crucial, as was securing a hashtag, #ATL24, in advance. Take notes for your next storytelling idea.