Get the latest on Twitter (which just launched scheduled tweets), Facebook (which might implement a follow button!) and Google (which made headlines with plans to launch "shared endorsements"). See how people are reacting... and retaliating against Google. You'll also get the skinny on BuzzFeed's plans for world domination, and a cool tool that lets you place images of your product or site in various screen environments. Skim for the cheat sheet.

What powers The Power Inside? This year, Intel/Toshiba walked away with a Film/Integrated Grand Prix at the Cannes Lions for its partly crowdsourced Web series, "The Beauty Inside." It's just completed its second series, "The Power Inside," a tongue-in-cheek supernatural story à la "The Body-Snatchers." Check out all the episodes here; episode 1, shown below, generated 2.4 million views:

Terms of (shared) endorsement. Google's changed its terms of service, enabling it to use your name and photo alongside online ads, a project called Shared Endorsements. The Next Web is calling this a direct attack on Facebook.

Not everybody likes this idea, so users are retaliating with the strongest social weapon they have: memes. Many began exchanging their Google+ profile photos for Google CEO Eric Schmidt's, hoping that once Shared Endorsements launches it'll prove ineffective for the search and ad giant. But if you'd like to opt out in a more traditional way, you can just turn the feature off. 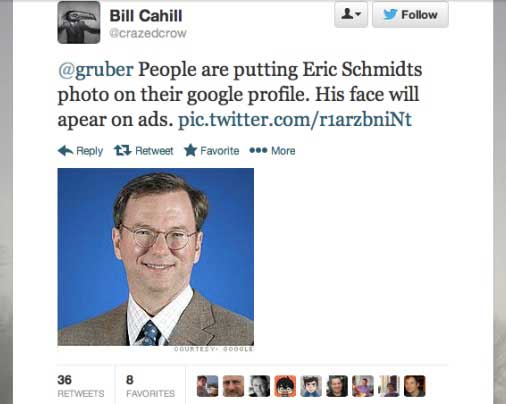 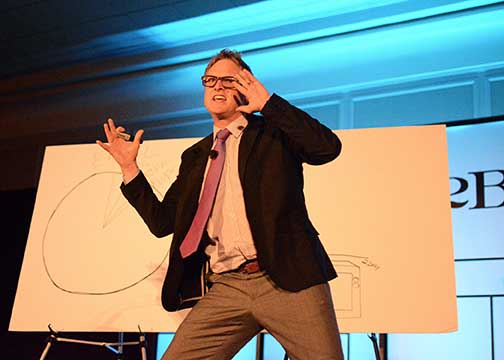 Schedule your tweets... on Twitter. Twitter now lets marketers schedule both organic or Promoted Tweets, up to a year in advance, on its Ad Products feature. You can also coordinate tweets to go live alongside new or existing Promoted Tweet campaigns. The feature is available in all supported languages. 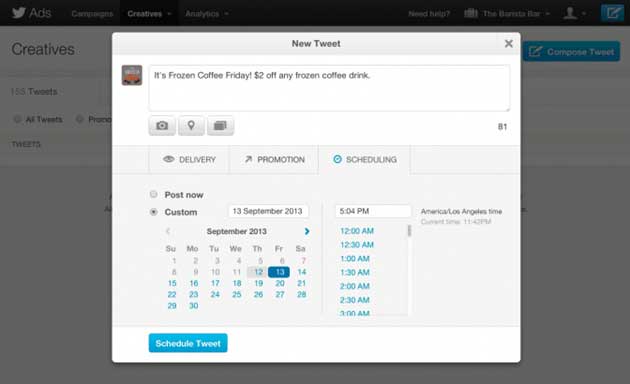 DM inbox at zero? Sorry. Twitter's also made it possible for users you aren't following to send you Direct Messages. This feature is targeted to marketers, who can now receive private feedback from anyone. The option is opt-in, so be sure to switch it on when the feature rolls around to your profile.

Teen advertisers: on your marks! Facebook's relaxed privacy regulations for its "savviest" users, enabling them to post messages, images, and videos that can be seen publicly—making them easier for advertisers to target. The new privacy regulations apply to users between 13 and 17 years old. Considering all the news about sexual predators and online bullies plaguing teens today, the media is less than thrilled.

Follow and Review on Facebook. Facebook's also testing two new buttons on its pages: Follow and Review. (Last year, the "Subscribe" option was changed to "Follow" for user pages; success of this test would result in the change appearing across Brand Pages.) Follow, a separate option from Like, would let users subscribe to brand updates and put strength back into the concept of "Like," which would (hopefully) only be used when people genuinely like something in addition to wanting to follow it. Review, of course, would let users write about their brand experiences.

Need a quick-and-dirty image of your product on a smartphone or computer screen in an image? Not to worry. PlaceIt, an app by Breezi, lets you slide screenshots into readymade images of smartphones, tablets, and computer screens. It's never been easier to sport your platform-agnosticity. Look, it's last week's #SocialSkim on an iPad! While stirring things up in the kitchen! 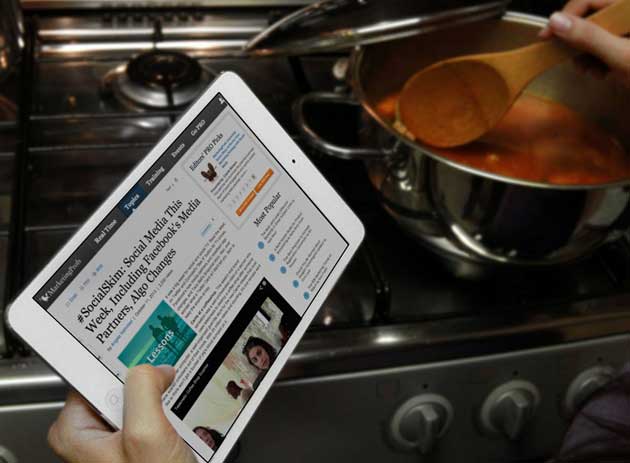 Why settle for a GIF when you can make them dance? Just-launched Mindie is described as "like Vine with a pop music soundtrack." Use it to make seven-second looping videos with your choice of background music. One setback: it's maddening to hear music loop every seven seconds. But on the plus side, it'll be great for creative experimentation, and it's a fun way for new artists to promote their work.

BuzzFeed takes the world! BuzzFeed, the listicle darling that's keeping us sane while we wait for Season 2 of "Orange is the New Black," reports a tripling in traffic over the past year, hitting 85 million visitors in August. It'll soon be among the biggest sites on the Web, but it isn't settling for an English-speaking audience: It plans to crowdsource translations, using people learning English as a second language. This month, the site will launch in French, Spanish, and Brazilian Portuguese to test its model; if it works, the Wall Street Journal thinks, it could prove the utility of a theory known as "human computation." Which means that instead of fighting, humans and machines can do more by partnering up.

We'll wrap with something quirky but educational. A study from the University of Cologne finds that what you're eating can affect how effective an ad is in front of you. Specifically, popcorn makes people immune. Finally: an excuse to order the large bucket at the movies! 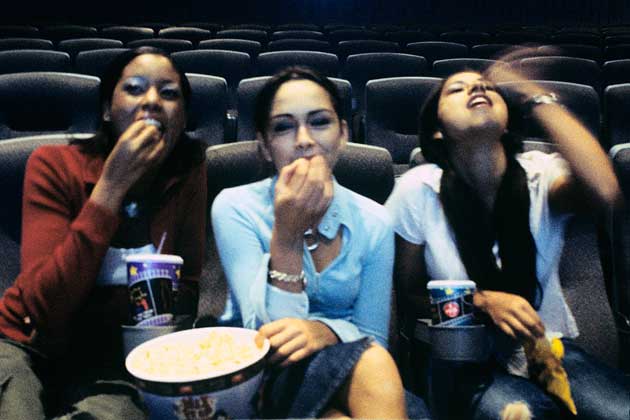