Get the breakdown on the Batkid who saved San Francisco and inspired a watching (and Instagramming) world, the full skinny on Facebook's attempt to buy Snapchat (plus a Snapchat primer), tips on launching cross-network hashtag campaigns... and a peek at Breaking Bad's fan-lovin' alternate ending. Skim to flex your social muscles.

Superheroes do exist. The Make-A-Wish Foundation outdid itself for five-year-old leukemia survivor Miles Scott, who wanted to be Batman for a day. Outfitted with a Batman uniform, he rolled up in San Francisco in a Batmobile—accompanied by grownup Batman—and cruised the city solving crimes set up for the occasion. At day's end, he was awarded a chocolate key to the city and dubbed #Batkid the world over.

The story won traction in part because of help from Clever Girls Collective, which partnered with Make-A-Wish to develop a social strategy worthy of the event. Read about that here. And to start Friday feeling good, here's a gallery of 20 Batkid Instagram pictures that capture the day's magic.

The demo video that shames all others. Volvo continues its demo video dominance with one for its Dynamic Steering System, featuring Jean-Claude Van Damme—at 40.6 million views and counting. It's safe to say Volvo has found the perfect way to transform boring topics into epic product-marketing opportunities.

Snapchat disses Facebook. CEO Evan Spiegel refused a $3 billion offer from Facebook to buy Snapchat. Salon explores why the offer was stupid anyway—but if teens are flocking to the young new socnet, it's because the ephemeral nature of Snapchat messages are a balm to the creepy "foreverness" of postings on Facebook... or anything else on the Internet. Alexis Madrigal of the Atlantic even positions Snapchat as evidence of where social media is headed, calling it an "immune response... to the forces of Big Data, behavioral targeting, and the need to record every stupid little thing in the world." (He also offers a primer on what Snapchat is, if you're still not sure.) A typical Snapchat exchange is below: 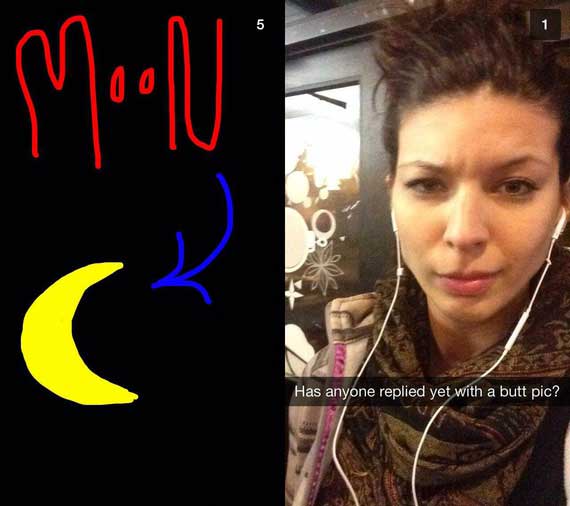 Why bother with a cross-network hashtag campaign? Here are three reasons: expanding social influence, ease of participation, and beyond-social impact (think #batkid!). To fun this up, here's an infographic detailing the history of hashtags... which is just as messy as social feels, but just as rich as social is. 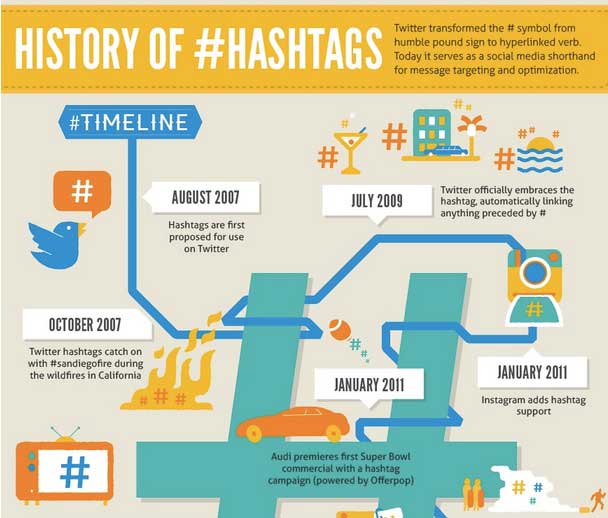 Apps for networking. Social is shorthand for cultivating a healthy and bountiful network of both connectors and the connected. But you need to be well organized to cultivate connections both online and offline. Fast Company's compiled a passel of apps that can help. Our favorites include Sunrise, a calendar that reminds you of Facebook events and birthdays; Evernote Hello, which transforms chance meetings into digital data exchanges; and Wiggio, a free collaboration platform that'll make your teams more efficient (onsite and offsite).

What is Bitcoin? No, really, what is it? Bitcoin's caused a sensation as the first-ever open-source P2P currency that seems like it's gaining traction. Here's an explanation of what it is and how it could be practical to people who aren't former Silk Road customers. But onto the laughs: Vooza, which positions itself as "a video comic strip about the tech world" (new episodes weekly!), created a (not so) handy video describing Bitcoin to layfolk:

Watch for landmines. One benevolent Bill Nixon's compiled the top five social media marketing mistakes... and how to fix them. (And, no, this isn't about employees accidentally tweeting from the Pro account... although that kind of super-public accident can be avoided if you follow these guidelines.) The breakdown: focusing on the wrong metrics, setting up too many social accounts, being all about you, avoiding cross-departmental communication, and failing to plan in advance.

Facebook nails more young people than TV. Today in factoids! Business Insider's Future of Digital deck shows that Facebook's daily reach actually "out-reaches" that of the four biggest TV networks—for people 18-24, anyway. For those 25-34, TV outdoes Facebook by a slim 73% to 68%, but the gap grows as age rises. Something to consider while weighing the cost of a Super Bowl ad (a whoppin' $4 million per 30 seconds for the upcoming dance). 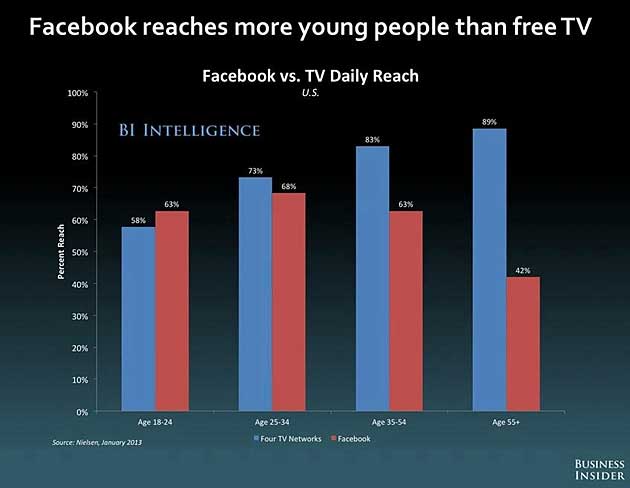 Spreading your contagion. Ever wonder how a video goes viral? Pulsar takes a crack at breaking it down scientifically, looking at the overall reach, shares over time, days to peak, velocity, variability, retweetability, and social currency of a set of hyper-viral videos. Though many argue that virality is mostly luck, good timing, and careful production, it never hurts to take other metrics into account. 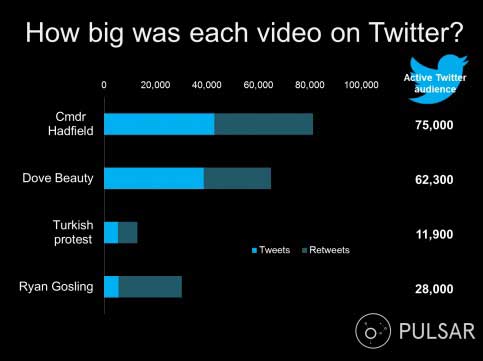 Let's wrap with a fan-facing high-five. Breaking Bad's complete DVD box set includes special scenes, one of which is the ultimate "alternate ending" for fans. Over the past five years, many have joked about the contrast between Bryan Cranston's chem-teacher-turned-druglord character and the hapless, hilarious dad he played in Malcolm in the Middle. The alternate ending, leaked online (and consequently whipped back offline by the Copyright Monsters), features Malcolm dad Hal waking up terrified and telling his wife Lois about the crazy dream he had. (Lois hilariously chocks the whole thing up to his pre-bedtime deep-fried Twinkies.)

Though the leak is gone, you can catch glimpses of it below. Great way to fan the flame!