It's holiday time, and we're action-packed with tips to up your socializing options. Check out five great Snapchat ideas for big brands, why Coca-Cola's decision not to run ads is causing a viral sensation, and simple rules for providing better social service. Skim to stay in season.

Why just stand in line when you can #Vineinline? Before Black Friday, Best Buy invited users to shoot Vine videos of themselves... standing in line at Best Buy. Videos were tagged #Vineinline so Best Buy could retweet the best ones. Some Vined their tricked-out Black Friday caravans; others found themselves horribly alone in the dark. All Things D called the campaign risky and low-reward—either we get 10,000 videos of people literally standing in line, or somebody films a stampede. Who wins?

Girlfight. This week in social scandal: Goldieblox, which makes engineering toys for girls, got embroiled in a legal bluff-match with the Beastie Boys for taking their song "Girls" (whose lyrics are a study in misogyny, however playful) and turning it into a promotional anthem for the smart, doll-shunning girls of today. Pop Culture Pirate provides a breakdown of both lyrics and discusses the finer points of legal protection under fair use. GoldieBlox's anthem, which appeared in an online video, struck people as empowering and it defended its version as parody, but the Beastie Boys argue that since the song is used in an ad, GoldieBlox should have requested permission. GoldieBlox backed down later this week and replaced its anthem with an instrumental. It isn't clear who wins here... but, yeah, they probably should have asked.

Fighting racism with social support. A subway ad for Gap's #MakeLove campaign, featuring Sikh actor Waris Ahluwalia, was recently defaced with racist commentary. Senior editor Arsalan Iftikhar of The Islamic Monthly shared a photo of it on Twitter, and Gap responded to find out where the ad was located. As a gesture of solidarity, it also changed its Twitter background to feature the ad, driving members of the Sikh community to launch a "Thank you, Gap" support page on Facebook: Instead of backing down or shying away from the ad, it proudly and publicly embraced it. The world is imperfect... but when a brand stands up for a more equitable society, especially on social, that effort is recognized. (It's especially nice to see during the holiday season.) Bravo, Gap! 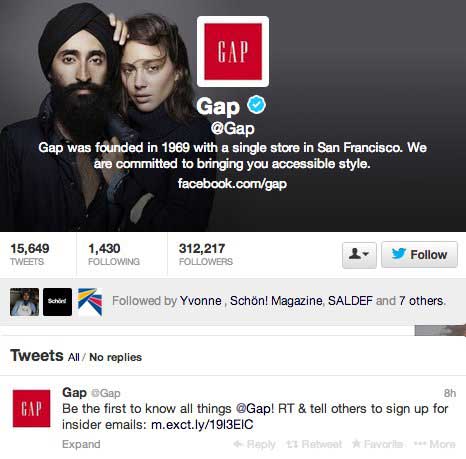 Coca-Cola Philippines halts its advertising. Positioning isn't just about lip service, and Coke's putting its "happiness" philosophy to serious use. Coca-Cola Philippines is halting ads for all brands across all media channels "from November 18 until further notice." The money will instead be used to support relief and rebuilding for people in the Visayas area of the Philippines. And while one market may not seem like much, it adds to the whopping $2.5 million that Coca-Cola global already committed to the cause. The company called this move an effort to "demonstrate our commitment to uplift the lives of the people in the affected communities." 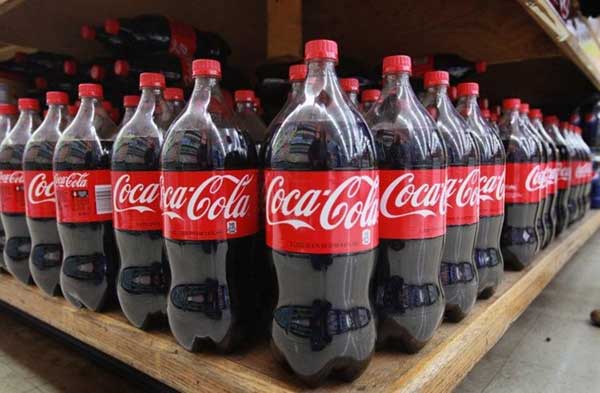 How brands can Snapchat. You're hearing a lot about Snapchat lately, but how can you really use it? Adweek provides five examples of how brands (that aren't Taco Bell) can use the platform. The article kicks off by listing the 10 most-mentioned brands on the platform: Facebook, Starbucks, Apple, Coca-Cola, and McDonald's top the list. In an older article, Social Media Today also provides suggestions on how to incorporate Snapchat into marketing. Looks like Snapchat's ripe for brand engagement, so be among the first to break the barrier! 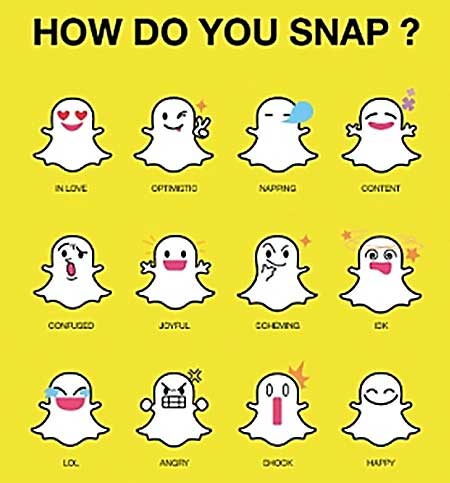 TV conversation targeting on Twitter. Twitter now allows networks and brands to promote tweets to users that are tweeting about certain shows—even if you're not running an ad on the show. One step closer to entertainment domination, and a plus for brands that want to deliver a witty real-time message.

Twitter ups data security. Twitter's introducing "perfect forward security," which provides an extra layer of security to users on its site. (Google, Facebook, Dropbox, and Tumblr are already using it; LinkedIn plans to start next year.) Users won't notice a difference, but it'll better protect their privacy and the transmission of their data.

Source, don't steal. In a coup for social media photographers, a judge awarded one photographer $1.2 million over unauthorized use of photos he shared on Twitter of the Haiti earthquake. The offenders: Agence France-Presse, which saw the photos on Twitter and passed them to Getty Images and the Washington Post (which then posted the photos on its site without citing the photographer, Daniel Morel). So when you're photo-curating, don't forget to cite the source (and ask permission). When in doubt, use Compfight, which lets you search for photos that are free to use commercially (usually with super-simple HTML to provide photogs due credit). 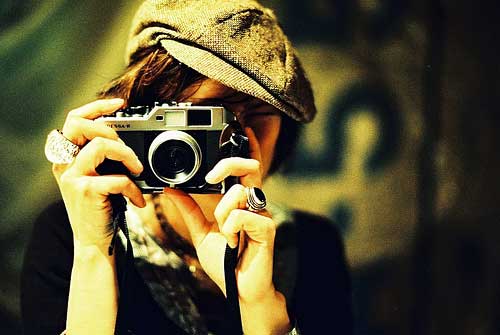 Say hello to Line. New app Line for cross-platform messaging (including free calls!) has clocked 300 million users worldwide after launching last June—an incredible figure. The majority of users are East Asian, but it also plans to build a stronger base in India, Turkey, France, Germany, and Italy. Worth watching—especially if you've got a cosmopolitan or global consumer base.

What posts should you reply to? Service is everything on social—but it's tough to know whether to respond, and how best to respond, to a deluge of social posts. Lien Brusselmans provides simple tips on what posts you should respond to, and how. The takeaway: before engaging, it may help to create a flowchart that will help you assess posts and whether they merit responses. (The Air Force's blog assessment flowchart is one of our favorites.) We also suggest preparing a social crisis escalation plan for if things get out of hand—Synthesio's got a nice model.

All turkeyed out? Online culture rag The Daily Dot published a Pinterest guide to hosting the perfect Thanksgiving, packed with inspiration for your tryptophan high. Other brands that plugged a very Pinteresty Thanksgiving included Betty Crocker, which seized the chance to promote recipes and spiced desserts; and The Kitchn, which shared hosting tips, fun cocktails, and turkey prep recipes. Sephora, the queen of Pinterest, jumped straight to Black Friday with a panoply of photogenic deals: Its Black Friday board alone is followed by over 155,000 eager users. 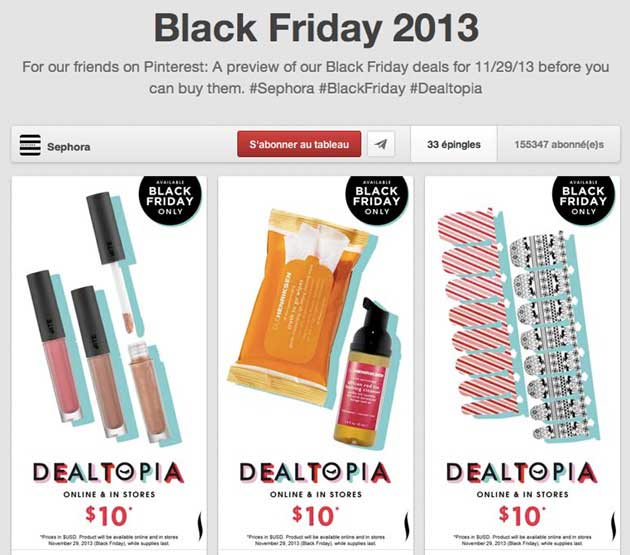 Hashtag jubilee. Hshtags is a super-useful search engine dedicated to... well, hashtags. Pop one into the search field and it'll provide results from Facebook, Twitter, Instagram, Vimeo, YouTube, and Flickr—as well as related hashtags—making it a tasty tool for finding social cross-promo opps. 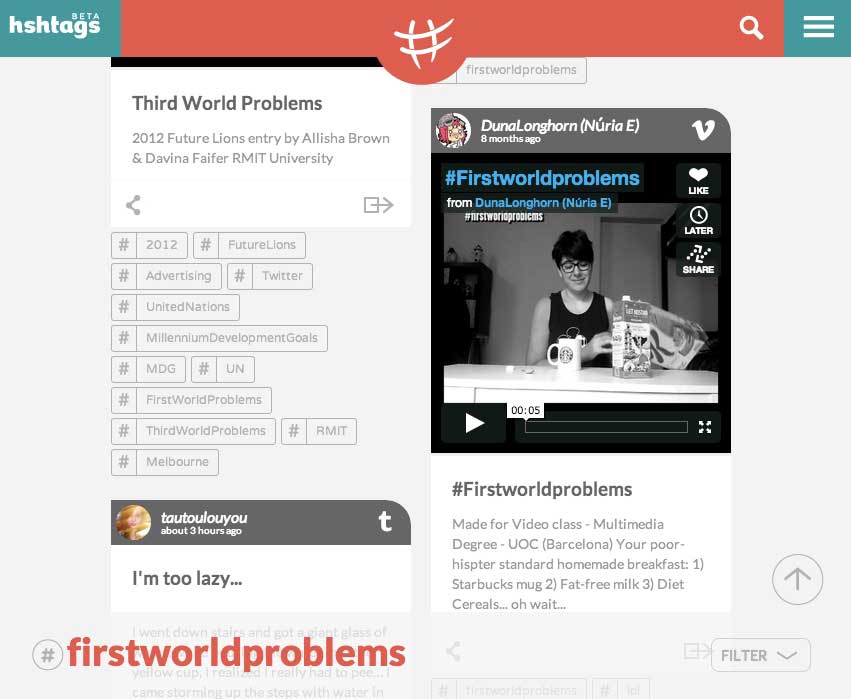 Let's wrap with something catchy—twerking turkeys from Firehouse Agency in Dallas. Because it just needed to be shared: