It's a new year, filled with promise (and some fresh digital elbow-rubbing)! Learn about Facebook's tentative plans for building Pages via mobile, check whether your Snapchat got hacked... and find out how to share your Instagram 2013 highlights with the world. It's all a skim away.

Even Santa needs a boost. Google generated buzz aplenty for Helpouts with this video featuring a very convincing Santa who uses the service for pre-Christmas emergencies. Helpouts lets you contract people to teach you things in real time, making it a great resource for people who need to learn to sew a button on the fly, as well as for people with plenty of odd skills to teach. We mention it here for two reasons: The video racked up 6 million views with its infectious holiday storytelling and clever value-add; but it's also a great potential resource for building thought leadership status or improving customer relationship management. How can your brand lend a hand... live?

How glad tidings spread across Twitter. Twitter's put together an interactive visualization of how "Happy New Year" spread across the world over the course of New Year's Day. You can click on each language to view the tweets referenced. The takeaway: in 2014, think data as entertainment; prioritize its design; watch the magic spread. 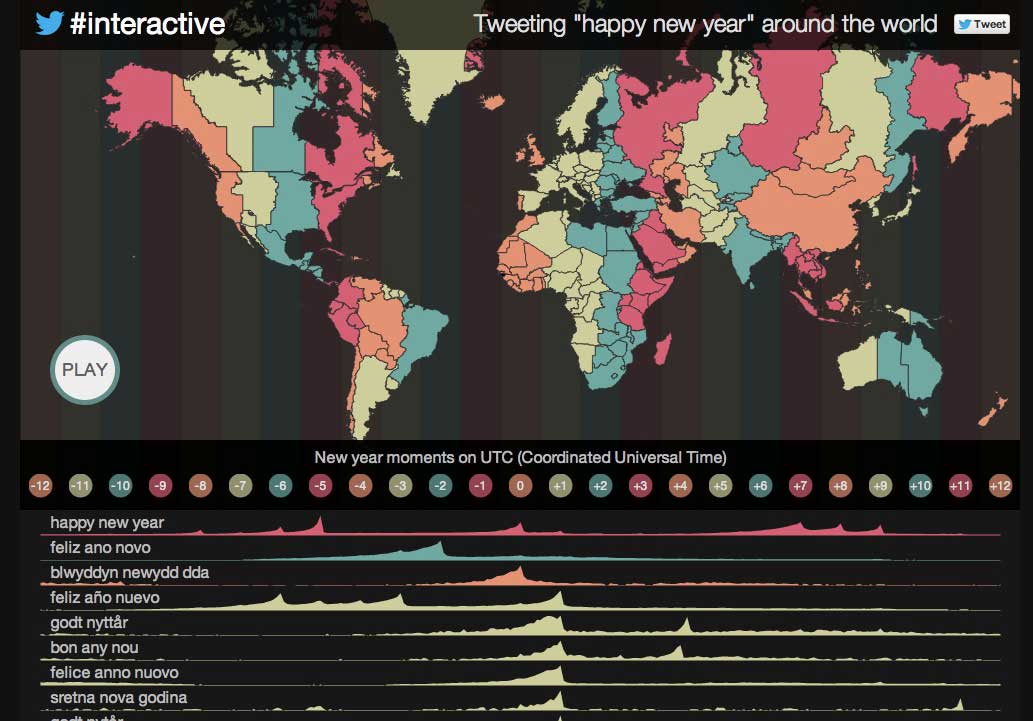 Was your Snapchat hacked? The big news this week: Snapchat got hacked, and the user names and phone numbers of 4.6 million people were released in a downloadable database just as the New Year arrived. Three days prior, responding to a group of security professionals at Gibson, Snapchat claimed that creating such a database would be difficult to do. It's been mum ever since. To make sure your data wasn't compromised, Gibson comes to the rescue: Tap your username into this lookup website to make sure you weren't part of the leak. 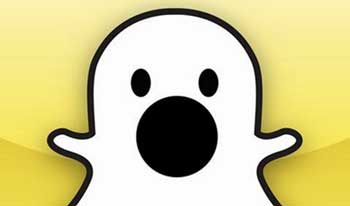 Share your best Instagram moments in a nostalgic video. Statigram, an app that lets your track your Instagram user stats, is helping people build "best-of" videos featuring their most-Liked photos (or videos) of 2013. It's a great way to share your brightest moments with others as we reflect on where we're headed. To make your own, visit Statigram and sign in with your Instagram login. Authorize the app to access your account. Then, in the "stats must be calculated based on" option, select your time zone and enter your email address. The video will be sent to the email you entered (be sure to request it in the "Snapshots" section). To motivate you, here's NASA Goddard's year in review:

Instagram, Insta-commerce. Leica's produced its first-ever Wi-Fi-ready camera, the Leica C. And to get the word out in Brazil, it collabo'd with Instagram to produce what may well be the most promising foray into commerce that Instagram's embarked upon so far. Brazilian users can simply comment with the word "Purchase" on any photos taken by the Leica C in order to buy it. Alongside the camera, Leica will also send you a poster of the Instagram photo. What commercial elegance.

Facebook tests page-creation capability on mobile! A handful of Facebook mobile users now have the option to create Pages directly from their mobile apps. The socnet hasn't provided word on what it's doing or whether it'll roll out globally, but we can't deny it's practical for starting production of a Page on the fly. Strike while the iron's hot, right? More details and screenshots here; the screeny below is courtesy of Yan Yanko Kotliarsky, who tested the feature on Android. 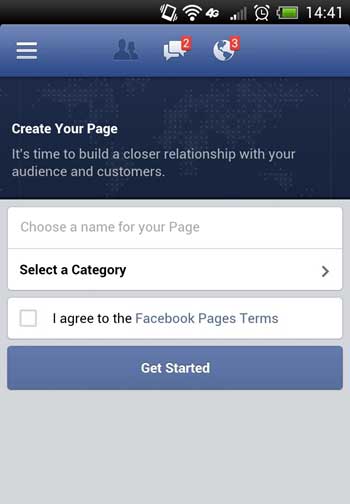 Bringing more value to the "Favorite." Twitter's "Favorite" feature has evolved with time; whereas before it was used to bookmark interesting content, today it's used as a version of Facebook's "Like"—meaning it's harder than ever to score a Retweet. But Twitter is working on squeezing more value out of those little stars: Some Android users are now able to favorite or "endorse" whole accounts. This may mean Twitter plans to copy a feature from its Chinese cousin Sina Weibo: When accounts get favorited, they become endorsements-to-follow, turning your "favorite" into a more intuitive kind of #FollowFriday. All the more reason to rack up the star power.

Sharks tweet when prowling near beaches. Australian researchers tagged 338 sharks with acoustic transmitters to help monitor where they are. And when they get within a half-mile of a beach, they'll tweet via the Surf Life Saving Western Australia Twitter feed. The tweets note the shark's size, breed, and location—and will potentially reduce the number of fatal shark attacks that occur in Australia (which incidentally has the most). Who says socnets can't make an impact in the "real" world?

Grownups still love FB... and Pin more than they Tweet. Research from Pew finds that 73% of US adults are now using social networks. Facebook remains the biggest, with 1.19 billion users and 71% of US adults (up four percentage points from last year). LinkedIn remains No. 2 by a wide margin (22% of adults use it), followed by Pinterest (21% use it)—which knocked Twitter out of the No. 3 spot (now at 18%). Google+ didn't make the top 5... not for lack of interest, but because Pew didn't include it in its survey questions. Womp-womp. 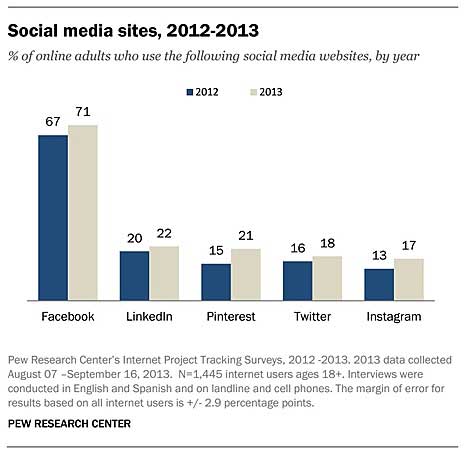 The top 5 social wins and fails of '13. You'll remember these (mostly) epic moments: Nokia's colorful Apple-bash, Oreo's epic "dunk in the dark." But this article also explains why they worked—or, in some cases, didn't. Now's the time to soak the lessons in. Will you be making the best-of list next year?

Let's wrap with something contagious. Vine Compilations created a 23-minute video of the best Vines of 2013. You'll get cute animals, inventive production, parody rap music, and illuminating Gen Y sketches—as well as precious glimpses on how brands get appropriated for play in living rooms and yards across America. If you're willing to suffer a lot of random screaming, there's plenty to glean—and enough to make you want to hit "Record" right now.