The tectonic plates of social are moving! Get the latest on acquisitions—including Twitter's Madbits buy and Pinterest's Icebergs buy—plus tips on how to hook users in stories, where Instagram is challenging Snapchat, and whether there’s life after the Like. Skim to stay attuned.

French revolutionary assassins, meet... parkour? Topping the viral brand charts is a promotion for the upcoming Assassin's Creed Unity game, which takes YouTubers' love of parkour videos and combines it with 18th century revolutionary costume. (The setting of the game is the French Revolution.) Stunts were performed by Ronnie Shalvis and the French FreeRun family. Considering that it's the only video game ad we've willingly watched in full, we'll say its nearly 7 million views are well-earned.

Skip the ad, kill a puppy. Nail Communications produced a smart YouTube pre-roll ad that uses a common weakness, puppies, to keep people from skipping it (research shows that ads are better remembered when seen in full). Plus, the ad talks directly to you; there's interplay with the "Skip Ad" button; and the puppy thing, however creepy, ties in nicely with Nail's commitment to donate to the ASPCA—"to save some more puppies!"—in exchange for your view. Tubefilter says it gets watched 26% of the time, which is huge for pre-roll.

Sometimes thank you is everything. For Customer Appreciation Day, clients of Canada's TD Bank were invited to use an unusual ATM (Automatic "Thanking" Machine), which asked how they were, expressed interest in and knowledge of their lives, and lavished meaningful gifts. Reactions were filmed and the resulting video has clocked over 4 million views in just a handful of days. If this resonates as content, it's because the attention TD Bank took to really get to know its users, and express sincere gratitude, shines brightly through.

Twitter takes the dive into deep-learning. Twitter's bought deep-learning startup Madbits. Founded by NYU researchers, it's created "visual intelligence technology that automatically understands, organizes and extracts relevant information from raw media." It also understands the content of images, whether or not they've been tagged—which could have huge implications for Twitter's search results. Although the price wasn't revealed, "last year, the cost of a top, world-class deep learning expert was about the same as a top NFL quarterback prospect," Microsoft Research director Peter Lee is quoted as saying.

Speaking of Twitter, the swanky blue bird will likely hit 300 million monthly active users before 2015! Per its Q2 earnings call, it's already at 271 million, and it brought in $312 million in revenue, or a 124% year-over-year increase. Ad revenue alone grew 100% year over year. Wipe that sweat off your brow. 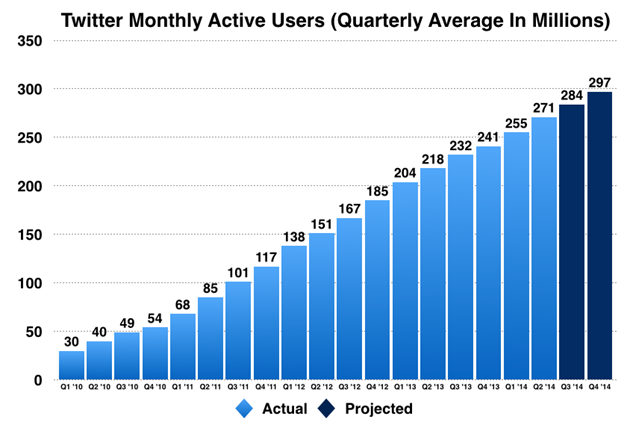 Those Icebergs melted fast. Pinterest purchased, then shut down, Icebergs. Dubbed "the Pinterest for creatives," it let users create one-stop sites for projects, including articles, files, videos, and images. Co-founders César Isern and Albert Pereta will move from Spain to San Francisco to join Pinterest's product management and product design teams, where their insight on "systems for the discovery and organization of objects will be incredibly relevant as they help build out Pinterest," per a Pinterest spokesman. The acquisition may point to a more collaborative and project-oriented Pinterest. In the meantime, expect Icebergs to vanish after September 1. 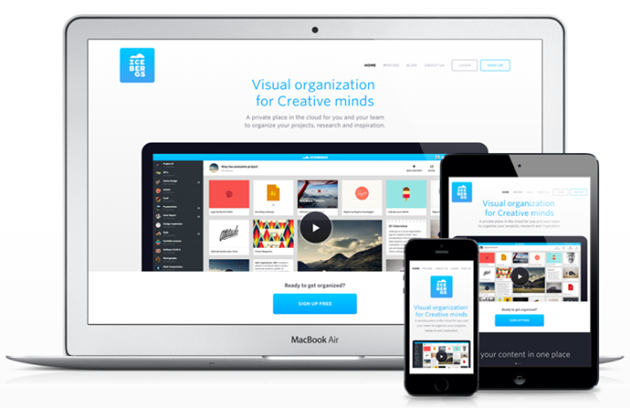 Instagram takes on Snapchat... just not in the US. Instagram's launched Bolt, a Snapchat-ish service, in New Zealand, South Africa, and Singapore. Bolt lets you send messages of the text or image variety, but it favors images. Swipe images to "destroy" them anytime you like (unlike Snapchat, where you can view messages only for a few seconds). You can also converse around images you send. Friends must be imported from your telephone contact list, and there's currently no integration with Instagram. If the app catches on, expect an imminent US debut. 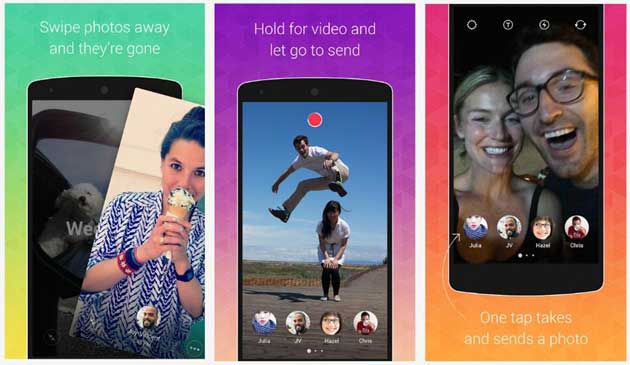 Giving Gifts the ax. Facebook's had undeniable successes in the last few years (and months), but Gifts isn't one. The feature, which let people send gift cards to one another via services partnered with Facebook, will be shuttered on August 12, likely to make way for the "Buy" button. Per FB's Tara Randall: "We'll be using everything we learned from Gifts to explore new ways to help businesses and developers drive sales on the Web, on mobile, and directly on Facebook." The Gifts team will now work on direct commerce and advertising-related projects in the company. 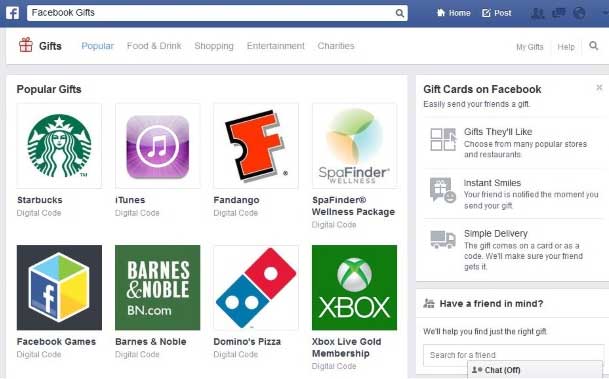 The social media ads cheat sheet. Platform standards are changing constantly; thankfully, companies like Flightpath gather the crucial changes in one place. This infographic cheat sheet gives you the skinny on the best ad image sizes for Facebook, Twitter, Google+, LinkedIn, and Instagram, as well as providing useful tips. How often do you forget that your Facebook ad can't contain more than 20% text? This one is worth printing. 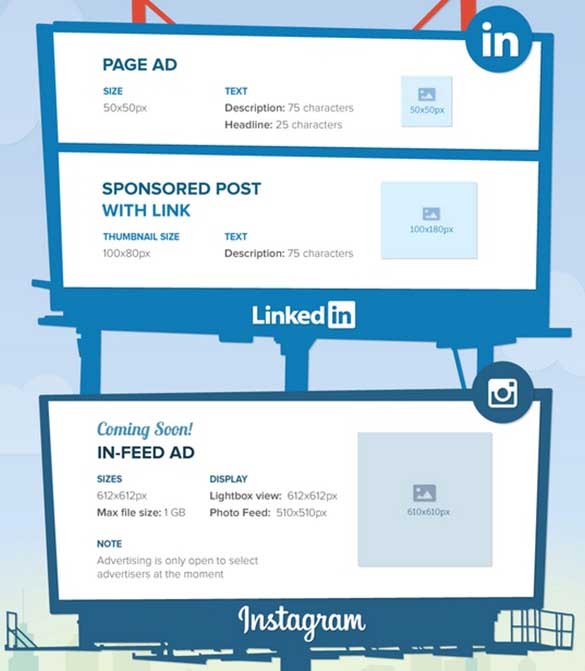 Hook 'em with humor. Or something else. Gavin McMahon compiled a list of hooks from TED Talks, guaranteed to bring vim to your storytelling. He even provides an outline of the typical TED Talk. So if you ever wondered whether the "rhetorical question" comes before or after the "provocative statement," now you'll know.

Is there life after Like? Digiday's published a reflection on the future of social media measurement as the Facebook Like becomes less relevant. Weighers-in include folks from MRY, Neo@Ogilvy, and Laundry Service. The silver bullet? Quality content, supported with media and a good ear for listening. But you knew that already, didn't you?

Watch what you find on Wikipedia. We love this hilarious story in which EJ Dickson admits to sabotaging the Wikipedia page of children's book character Amelia Bedelia. Years ago in college, she invented an origin story and placed it on Wikipedia, claiming the character was inspired by a maid in Cameroon with an enormous collection of hats. She promptly forgot about it, assuming a Wikipedia editor would quickly delete it. Nobody did. And in the years that followed, the "fact" has been quoted in articles as well as by the book series' own current author. Read the article for fun, but seize the lesson: Don't forget due diligence! Wikipedia should never be your primary source.

Ingredients for boosting your content marketing. Andy Vale's got eight tips for ensuring your content gets the readership it deserves. Did you know it helps to include links 25% of the way through a tweet? Apparently, according to Dan Zarrella, doing so produces the highest click-through rate. Who knew? 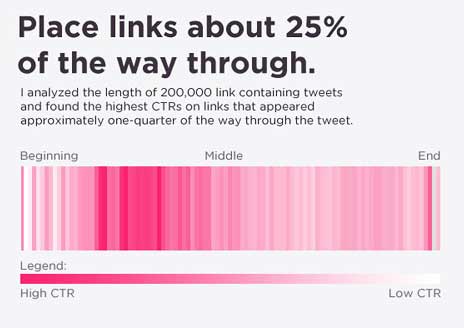 Five brands GIFfing it up on Twitter. Following Twitter's recent support of GIFs, Hootsuite gives you five brands that are using the format right. Examples include Wendy's and Denny's, but we like the super-meta Samsung one best: It used a GIF to show you how to switch to power-saving mode on your phone... so you can post GIFs. High-five to whoever came up with that idea!

You just HAVE to send one more GIF on Twitter before your phone dies? Switch to Ultra Power Saving Mode. #GALAXYS5 https://t.co/nvGXD5IE22 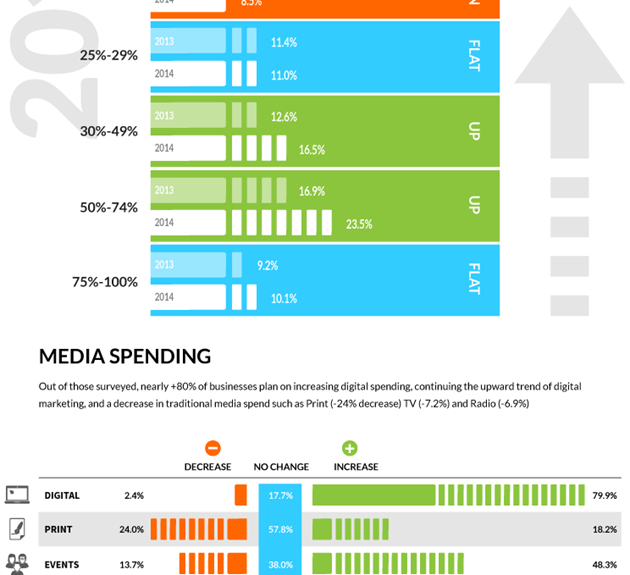 We'll wrap with something to make you LOL. Tubefilter's compiled the top 100 most-viewed YouTube channels worldwide. PewDiePie, shakiraVEVO and DisneyCollectorBR did best on the list, but the top gainer (highest month-over-month increase) was Psy (of Gangnam Style fame), whose newest song, Hangover, featuring Snoop Dogg, generated over 108 million views—resulting in a 219% month-over-month increase for his channel. That's probably because once you start watching it, you'll never be able to stop. On the other hand, you'll never want to have another hangover again... but who cares, with all the new dance moves you're about to learn?