This week, we give you Airbnb's Berlin Wall video, the latest updates to Facebook and Instagram, YouTube's latest creator strategy, which socnet is best for qualified leads (spoiler: It's not Facebook), and how to transform your data scientist into a storyteller. Skim for all the social cream!

Breaking walls, one ad at a time. This week marked the 25th anniversary of the fall of the Berlin Wall, and Airbnb released a video illustrating the true story of a user whose father, a former West Germany border guard, met a former East Germany border guard when they rented his apartment in Berlin. (Here's a Q&A with the video creator by Ann Handley.) Airbnb CMO Jonathan Mildenhall saw this as a chance to "put our community front and center of any campaign," but for others it rang less well. We'll let you decide.

SoundCloud also commemorated the fall with the Berlin Wall of Sound, a project that gives users the soundscape of life around the wall. TNW points out that not only does the stream's shape reconstruct the wall's shape, it's also 7 minutes and 32 seconds long, the time it would have taken for a sound wave to travel the wall's length. The soundstream is also punctuated with markers highlighting civilians who fell around it. Welcome to history.

Unfollowing brand pages is easier than ever. Facebook's updated Newsfeed will now list the top people, pages, and groups that you've seen in your feed this week. Users can sort those items, see a summary, or unfollow—making your brand's relevance to users in every post more crucial than ever.

Your Facebook fans: Optimists, Explorers and Realists. Facebook and Crowd DNA divided young Facebook fans into three groups: Optimists who want to change the world (ages 13-15), Explorers who plan for the future (ages 16-19), and mobile-centric Realists (ages 20-24). Marketing advice: Personalize for each group's sensibility. Optimists want your posts to share their hopeful vision of the world, and Explorers want to discover and learn. Realists are more time-aware, so provide tools to create balance in their lives. 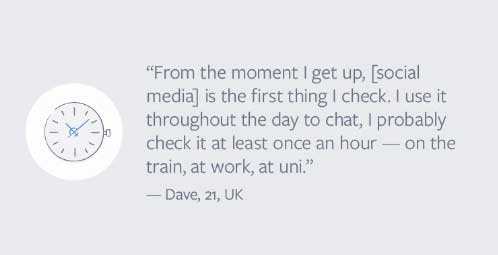 [via]
YouTube's got ear candy for you. YouTube launched Music Key, a music-streaming service that provides on-demand access to songs users like, making it a bonafide Spotify challenger. Visitors on both desktop and mobile will see a separate section for music, enabling them to both stream playlists and view official videos from music channels.

Hey, why'd my app get rejected? At Facebook's F8 Developer Conference, Facebook revealed the top five reasons why apps get rejected, plus ways to ensure an app's approval. Some 26% of rejected apps often have broken logins or are misbranded, and 23% have permissions that can't be reproduced. Tidbits on scoring speedy approval: Provide detailed step-by-step instructions on how your reviewer can reproduce requested permissions, and ensure your app doesn't crash or break. Piece of cake, right?

You don't have to be WALL-E to be a beloved robot. This week marks the historic landing of spacebot Philae on a comet. A big part of the buzz? Its Twitter account, run by Karin Ranero, who's succeeded in humanizing the bot for followers. Mashable's got a great article on Ranero and her team, but here's the takeaway: Whatever you're selling, be it fresh science or five-bladed razors, give your brand a voice that matches both product and medium, and that draws users in. Pro-tip: Insider images help.

Now that I'm safely on the ground, here is what my new home #67P looks like from where I am. #CometLanding pic.twitter.com/gFmt8Ldvpa

Twitter's going big or going home. With hopes to build the biggest daily audience in the world, CEO Dick Costolo divulged plans to make Twitter a stronger, more diverse content powerhouse. What's coming: an "instant timeline" to make it easier for new users to discover content; ways for people to record, edit, and share videos; new mobile apps; content organized around geography and events (a huge local marketing opp); and a "quick promote" option that lets you turn tweets into ads near-instantly. Soon, investors will be kissing this stat goodbye:

Instagram enables better discovery and caption editing. It's now easier to both discover new Instagram users and perfect your own messages. The team's launched caption editing, providing the (long-desired) ability to edit captions on your posts. Find the edit option in the menu under your image. The Explore page has also been revamped: Now you can find it with a magnifying glass icon. When you click on it, you'll see two tabs: Photos and People, a new tab that highlights accounts that may be of interest to you. 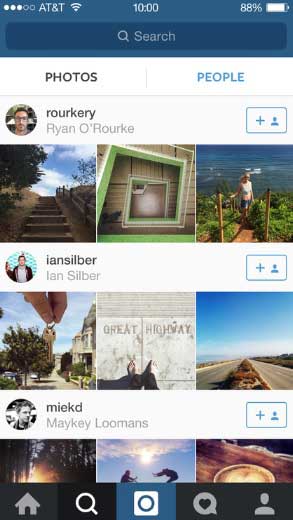 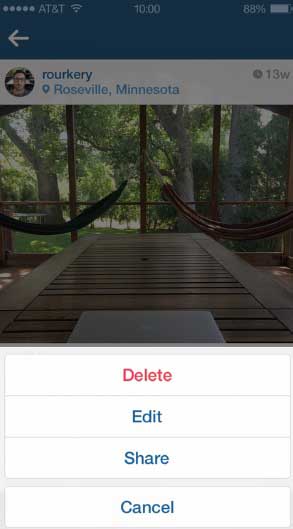 Podcasts are making a comeback. Serial, a podcast created by "This American Life" producers Sarah Koenig and Julie Snyder, is a format that tells one true crime story over a number of installations. It's an iTunes hit that's kicked off listening parties and whole Reddit theories. Snyder provides four storytelling tips that ensure you, too, can score a content cliffhanger: Dive into details, leave breadcrumbs for big revelations, challenge audience assumptions, and create a journey so solid that the destination is secondary.

What's data without a story? Laura Patterson explains how to transform your data-crunchers into storytellers with tips so clear any quant will get them. A few: Start with the business question you're trying to answer, ask your data the right questions to gather the right evidence, and craft your story with staging and the characters in mind. If you still need help, this SlideShare with five additional tips might do the trick:

5 STEPS TO STORYTELLING from Storytellers

Which socnet rocks for qualified leads? The answer may surprise you: Pinterest! People coming from Pinterest view 87% more pages per visit than those that come from elsewhere, says Shareaholic. Talk about engagement. But don't get too excited: Facebook still accounts for 22% of all referral traffic from social networks, while Pinterest—in second place—accounts for just 5.5%. (Twitter's at 0.88%, in case you wondered.)

YouTube launches new master classes for creators. Need a refresher in online production? YouTube launched four new master classes dedicated to making you a pro. Courses are free on the YouTube Creator Academy site and cover technical camera and sound, lighting fundamentals, cinematography, and shoestring production. Though the first one (camera and sound) ended yesterday, you can still catch the others when you register here. To whet your appetite, here's a separate Creator Academy video on how to reach a global audience:

We'll wrap with a tear-jerky Christmas ad—though, at 13.7 million views strong, it's probably already colonized your newsfeed. British department store John Lewis gives us a new holiday ad featuring #MontyThePenguin. Yes, he's hashtagged (it's on fire), and his Twitter account also boasts close to 30,000 followers. If your kids love him as much as you probably do, they can access his world in an iPad app. Think of it as an early holiday gift.