#SocialSkim: SXSW Reveals What's Next in Social, Plus 10 More Stories in This Week's Roundup

SXSW happened this week, offering up a deluge of what's next in social. Get the scoop on Meerkat and on Tinder's epic SXSW score. Also: how Snapchat affects Millennials, Facebook's peer-to-peer payments, and what Twitter is up to. Skim to stay current.

The social scene's favorite music, film, and interactive extravaganza happened in Austin, and this week's social headliner was a little app called Meerkat (more on that below).

What else drove buzz? Squirl.co, a Foursquare-style app for books; Mophie, a smartphone accessory vendor that sent Saint Bernards hither and yon to rescue people from the blight of dead smartphones; and Plotagon, an app that lets you invent stories and transform them into instantly shareable animated videos.

To motivate you while perusing all these yummy new tools, NPR's prepped its annual Austin 100: A free playlist of music from the best musical acts at the festival. Oh, SXSW! It's Santa's workshop for geeks.

1. Close to the Machine

Tinder was, of course, in heavy use during SXSW this week—and many men encountered an apparently innocuous and pretty 25-year-old user called Ava. Once they made a match with her, she engaged them in conversation, after which she drove them to her Instagram... where they discovered what Ava's really all about. 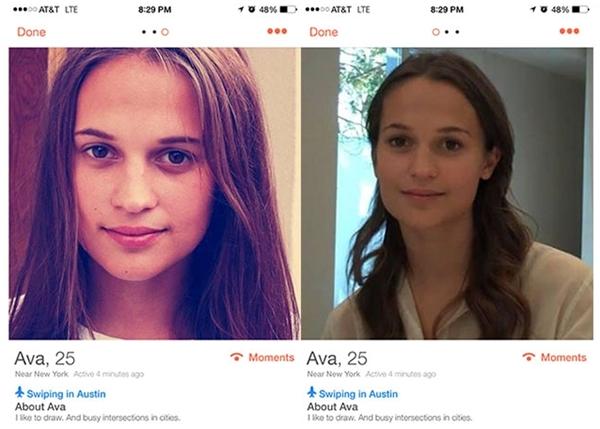 2. What's Friendlier Than a Meerkat?

The talk of Austin was Meerkat, an app that lets you tweet live video. Once you start recording, it starts tweeting; you can broadcast to your Twitter fanbase as well as friends you've added on the service. Its blazing status happened right on the heels of Twitter purchase of a competing live-streaming service, Periscope, which probably explains why, the day after SXSW started, Twitter cut off Meerkat's ability to port Twitter friends over to its own service.

Founder Ben Rubin remains undaunted, revealing that clicks on links in Meerkat streams now number in the hundreds of millions, and its user base consumes video like crazy: Over 20% of them watch over two hours a day, 8% watch three hours a day, and 4% watch four hours a day. (Journalists have notably become huge users.) As for Twitter throwing shade?

"There's not going to be one winner in this space," Rubin said. "So we don't look at it as a rival. In fact, we're very happy to see a big company moving in this space."

If you aren't yet convinced by the importance of video on social, consider this: Facebook stands to make over $3.8 billion in revenue from video ads alone by 2017. Cameras at the ready!

Twitter's launched a TV conversation tool, accessible in limited quantities on the latest iPhone update. Use a show-related hashtag, a character's name, or a phrase from one of the key shows it tracks, and a dialogue box might pop up and invite you to try out TV Timelines. If you accept, you'll be driven to an interface that lets you review three columns: "Highlights," "Media," and "All."

Media, for example, shows you photos, Vines, and videos related to the show. The objective? To let you dive wholly into the world of the show without having to deal with anything else. 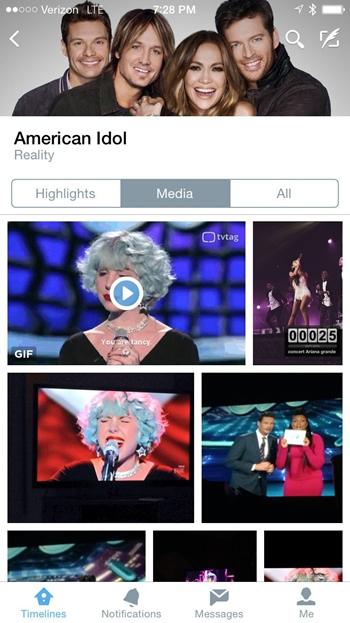 4. Cash in on Friendly Debts

Via Facebook! In a bid to eat up Venmo's friendly payment share market, Facebook Messenger's app now lets you transfer money. Just hit the $ sign above the keyboard to access a payment interface, which lets you select how much you want to send, then tap "Pay." Per Recode, Facebook briefly holds the money until your friend links a bank account, after which the cash is transferred.

Expect the feature to roll out over the coming months in the US; other countries will have to wait a while. But Facebook's likely got big plans for all those credit card details it'll be collecting...

...and immediately shuts it down. AdWeek breaks the buy down for businesses: TheFind was a personalized commerce search app that melded search data to location-based purchase data, the better to serve more relevant product suggestions. A big win for retailers on social, it means comparison shopping is around the corner; and it strengthens Facebook in the local and mobile shopping space.

Who stands to lose? Google AdWords and Google Shopping. Facebook's sharpening its knives, and it'll soon be a major player in retail advertising for both purchase intent and consideration.

Facebook's updated its Community Standards to highlight, more clearly, what it bans. The Standards are divided into four sections: keeping you safe, encouraging respectful behavior, keeping data secure, and protecting your intellectual property.

Updated guidance sections include "policies related to self-injury, dangerous organizations, bullying and harassment, criminal activity, sexual violence and exploitation, nudity, hate speech, and violence and graphic content." The stated overall goal is to protect users' freedom to share ideas, but Facebook has admitted to an 11% increase in government requests for content restrictions in the second half of 2014, compared with the first half.

A new "Mad Men" app, made to promote the last half of its final season, takes your Facebook photos and plugs them into Don Draper's epic Kodak pitch. It's a tiny little idea, but it resonates for fans: For just a few seconds, it knits your life right into the show. Think of it as inspiration for how you can use social data and applications to draw people deeper into your universe. 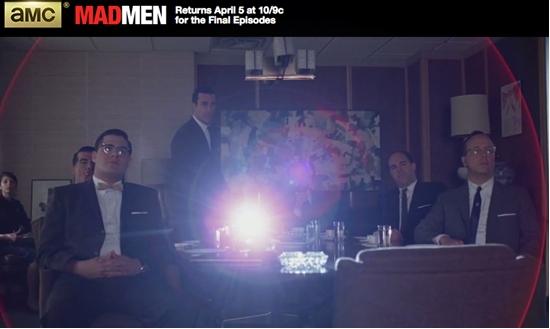 8. Snapchat: The Socnet for Sports... and Politics?

It's no secret that Snapchat is hugely popular among Millennials. Business Journalism reports 60% of users are age 18-24, with ad placement on its Discover section costing upwards of $100,000. Now it's taking a bite into sports: Snapchat plans to acquire the rights to feature live NCAA basketball games during next month's Final Four—with plans to expand further still. Could the next viral sports clip be a Snap?

Senator Rand Paul's also stated plans to court youth by focusing on Snapchat: "We reach thousands of kids that we might not ever have reached before," he is quoted as having said. "You have to have something to say to them, too, and we tell them...that the government has no business looking at their phone records, and I think they appreciate that."

He's not the only one putting his money where his mouth is: Online shopping giant Alibaba's planning to drop $200 million on Snapchat this year. 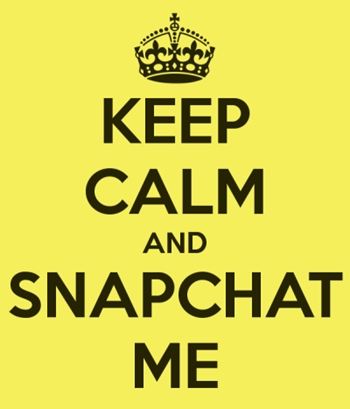 9. VaporChat: It's Snapchat for Your Texts

You may not have heard of iOS-only app VaporChat, but you might start hearing plenty soon. Part of a score of apps building on Snapchat's "ephemeral content" model, the app lets you better control your text messages: Unsend texts and photos, remove your name from texts, decide whether recipients can copy or save what you send, and even make messages disappear after an amount of time that you define.

Consider the implications (beyond deleting your last drunk selfie): Users can share credit card information, then delete it once they know the data's been noted by the right person... or talk about work in complete anonymity. It certainly sounds more approachable than Snapchat, especially for older users—which is why it's a big deal that it's just raised $1.5 million. 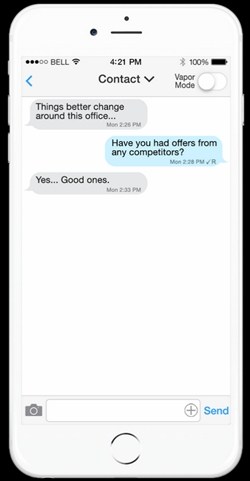 10. We'll Wrap With a Love Letter to the Future

Inspired by the film Interstellar, Google Play's partnered with Paramount Pictures to release a documentary-style short film called EMIC, named for the anthropological term for cultural analysis. It's made up of videos curated (by director Christopher Nolan himself!) from over 8,000 global submissions, and it is a visual time capsule of life on earth in the 21st century.

Watch the full documentary, or you can check out the trailer: