Even quiet weeks in social can hide big news. Find out how many people joined Periscope in its first 10 days and how well Twitter did in Q1. Also: the birth of emoji hashtags... and the secret to Buzzfeed's video success. Skim to stay socnet-savvy.

Why are Buzzfeed videos so shareable? AdWeek sat down with Chief Revenue Officer Lee Brown to ask just that question. To start with, Buzzfeed's investing a lot in video and international content. And for good reason: In March alone, it hit 1 billion monthly video views.

As for branded content, Lee Brown divides super-shareable videos into three buckets: Identity ("This is so me!"), emotional gift ("This made me LOL and I want to share it"), and information.

...and Emoji hashtags! Instagram's enabled emoji hashtags, which means you can take your pictograms and viralize them in ways you never could before. How much time do you think it'll take for Twitter and Facebook to adopt the same capability?

1. Facebook: Supporting you with live chat (finally!) and roadshows

It's notoriously difficult to get a hold of anyone at Facebook unless you're spending piles of money. But the socnet's just announced it has over 40 million active small business pages and is ready at last to help them out.

The Boost Your Business program is a traveling workshop for businesses: It includes half-day and two-hour popup events where you'll get best-practices, networking opportunities, and new marketing tools. Register here.

And when you click on "Get Help" from the Facebook for Business site, you'll be able to chat and screen-share with an actual Facebook Ad Specialist. Live chat rolls out in the US, UK, and Ireland immediately. 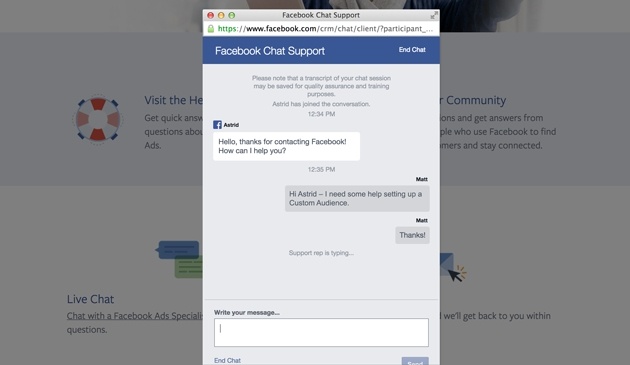 While contemplating all that awesomeness, check out this College Humor parody of what Facebook would look like if it got rid of everything people hated. It kinda puts things in perspective, doesn't it? We will never complain about baby pictures again.

This week's viral video chart-topper comes from jewelry retailer Pandora. In time for Mother's Day, Pandora tore a page out of Dove's playbook and conducted blindfold experiments that highlight how connected children are to their mothers (or how well they recognize their perfume, anyway).

Everyone loves a good hypothesis that highlights some instinctive human truth: The video's scored close to 14 million views so far.

...leaked via tweets! Twitter's earnings fell short of projections of $440-450 million, clocking in at $436 million. It also missed active user estimates, hitting 241.6 million against a projected 243 million; plus, it racked up at net loss of $162 million. Numbers aside, the company reinforced its commitment to improve user retention by improving the timeline for new users.

More interestingly, it acquired TellApart, a predictive sales and marketing platform, and it's working with Google to incorporate promoted tweets into search engine advertising.

Expect Twitter to go hard on live video streaming in the next few months—but competition will be stiff. In addition to Meerkat, there's YouNow, which has been in the livestreaming game for four years and already has a business model with content creators. 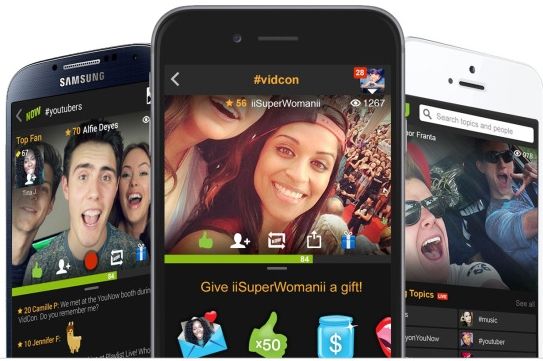 Snapchat's working to convince advertisers and media companies to shoot their ads and videos vertically instead of going wide-angle, arguing it's the most effective way to engage Millennials. (To wit: Meerkat and Periscope stream vertically, too.) So if you're making video for mobile consumption on apps, make a note: Snapchat's best-performing shows and ads are watched nine times more often when they're shot with your camera phone straight up, not sideways. 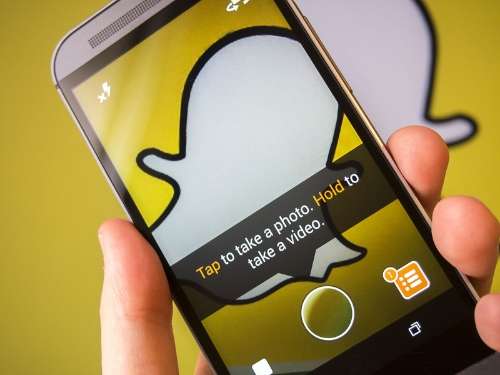 Our own Ann Handley's best-selling Everybody Writes is the basis of an infographic created by Virtual.ly: a "writing GPS" for helping you produced focused, engaging content. Among Ann's tips: Write to one person, and seek out data and examples to back your points up. There's more where that came from! 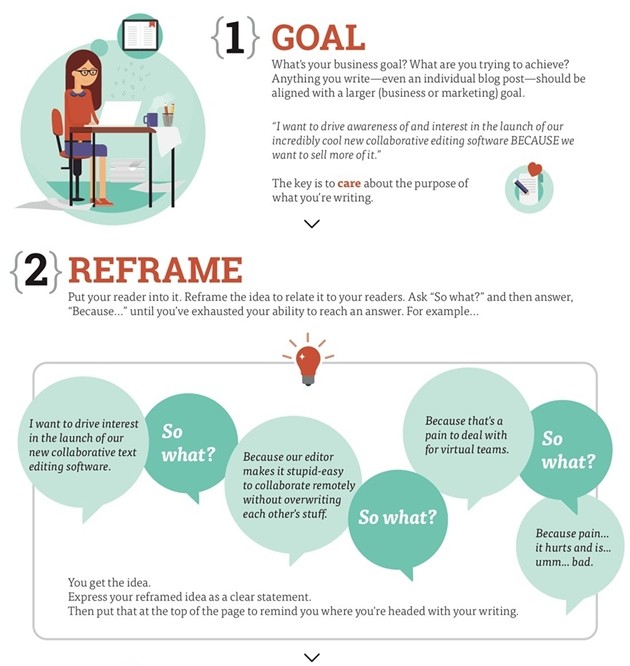 7. The fall of Secret, the rise of... LiveJournal?

Anonymous messaging app Secret is shutting down, to the surprise of many. Secret lets you post anonymous statements and share them with others. CEO David Byttow explained: "Secret does not represent the vision I had when starting the company." He'll be returning what's left of his $35 million in venture capital to investors.

Meanwhile, the Bitly Index reports three surprising social growers: Tumblr's Bitly traffic more than doubled between 4Q14 and 1Q15 (128.6%), mostly on desktops; Reddit's grew 42.2%, pushed by mobile; LiveJournal's was up 58.1%, mostly due to desktops. Remember LiveJournal? Guess there's something to be said for persistence. 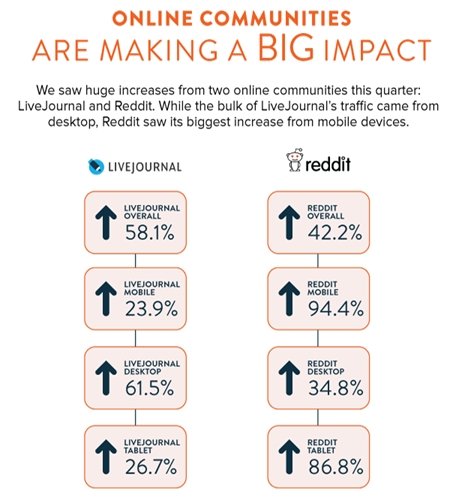 To promote its new capacity to help you share, schedule, and measure Pinterest Pins, Buffer's provided some data and tips to help you optimize your image-sharing. It suggests you vary your timing to expose your Pins to different types of people, and to Pin about 5-30 times a day. The best day is Saturday in the afternoon or evening, and topics such as fitness, gadgets, and inspiration make a big splash. 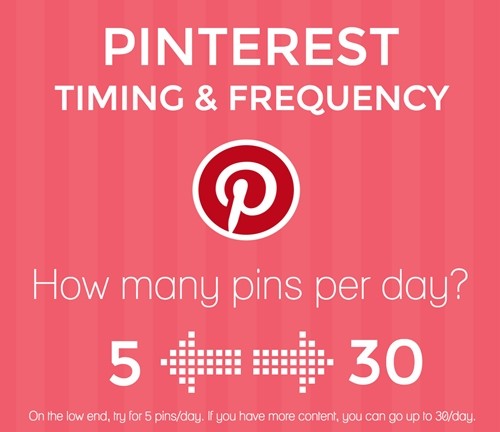 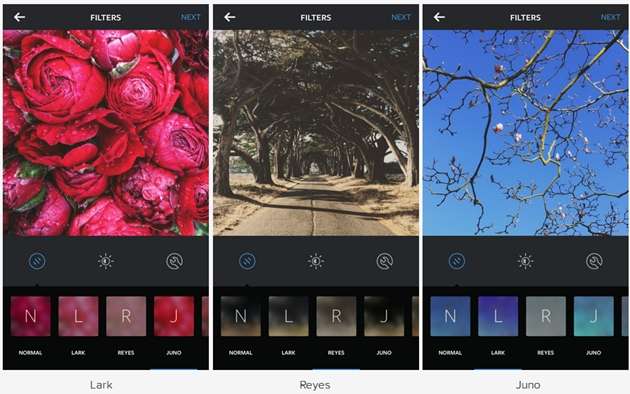 Instagram also launched Instagram Music, which is dedicated to "exploring music around the globe, from those who create it to the community around it."

Every week will explore a musical experience featuring artists like Questlove, as well as up-and-comers like Tricot. Keep an eye out: Every month will feature a new music-themed monthly hashtag project.

The music community is––and always has been––an important part of Instagram. For the past four years, we have become the home for artists big and small –– a place where people across the musical spectrum come to share stories, reveal their creativity and connect directly with fans. Today we're launching @music, a new account dedicated to exploring music around the globe, from those who create it to the community around it. Each week, we'll take a look at the musical experience on Instagram. That means showing you a different side of artists you know and love, like Questlove (@questlove), and introducing you to up-and-coming talents from around the world, like Tricot (@ikkyu193). It means highlighting music photographers, album illustrators, instrument makers and, of course, fans. In the Instagram tradition, we will also welcome community participation with a new, music-themed monthly hashtag project. Music is a huge part of all of our lives here at Instagram. It's a passion of ours, and we know it's a passion of yours. So follow along at @music –– we think you'll discover something new. -- Kevin Systrom, Founder and CEO Art by @jaredeberhardt

11. We'll wrap with some politics and parody

The White House Correspondents' Dinner has become both a media opportunity for the Administration and a chance for President Obama to convey things he doesn't always get to. This year was no different: Comedy Central comedians Key & Peele, known for sketches in which one plays the cool, calm President and the other plays his "anger translator," helped out Obama this year.

This take on the anger translator is especially telling: Self-deprecating jokes let him say things he's not actually joking about in a palatable but motivating way—one of the most powerful uses of social we've seen this decade.

How can you build on what moves the cultural wave to convey your values?