It's an exciting week when sharks and fireworks combine... and brands hopped on both. Also: Facebook is changing how it measures cost per click (CPC), ways to market better on LinkedIn, and a little app called Bunkr that will transform the way you wow a crowd. And much more... Skim to stay ahead of the sharks.

Previously, CPC accounted for any click within an ad unit, including likes, comments, shares, clicks to a website, clicks on "continue reading," and others. CPC will now account only for clicks related to a given ad objective, like clicks to visit another site, call-to-action clicks that lead elsewhere (like "Shop Now"), or clicks to install an app, for example. Engagement clicks (likes, comments, and shares) will no longer be counted.

The change makes CPC a more useful metric for measuring marketing objectives, and easier for you to narrow down to what you're aiming for—engagement, click-through, conversion. Ads Manager or Power Editor users don't have to do anything for this change to go into effect; you'll receive information as it becomes relevant to your account.

If you're buying through a Facebook Marketing Partner, talk directly to that partner to see when it plans to adopt the new API. If you buy through the API, you can immediately start buying ads with the updated CPC.

Instagram on iOS and Android will soon support pictures that are 1080x1080px in size—meaning it will be equipped to support crisper high-resolution imagery. Typically when you post a photo, the image gets compressed, so you lose image detail and quality.

The change will be a big plus for photo buffs and brands alike... because it means production values will rise for both videos and images. Are you ready? 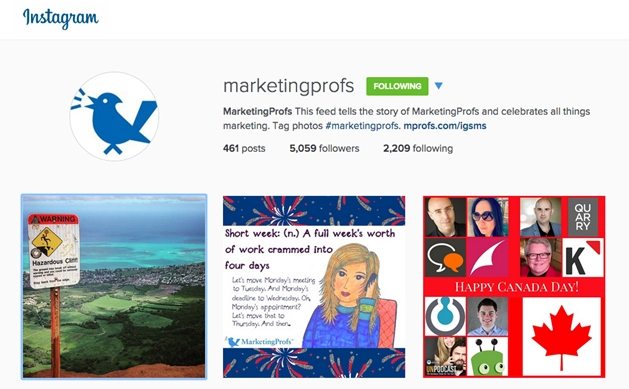 Overall, Independence Day received over 5 million social mentions, with discussion peaking around 11:30 AM EST on the day-of (72,000 mentions in 15 minutes!). Fireworks were the most prominent topic of the day. Coca-Cola won the most July 4 love with this Facebook post, generating close to 2,000 shares alone (and beating Obama's post by a factor of three).

We also like this list of nine creative brands from David Everett Strickler, focusing on brands with Independence creative that was in keeping with their overall identities—crucial for maintaining a sense of authenticity. They include Starbucks, NASA, Coca-Cola, and Subway (which is otherwise not having a great week).

Create your own sparks this 4th of July by sharing a Coke with your favorite person. #LifeLibertyAndThePursuitOfFizziness

3. Play for a Visual Audience

This WebDAM infographic explains how people consume content online, and how brands should adapt to best capture attention (including how to create more compelling images and why it's crucial to build visual touchpoints).

A few good details: 84% of communication will be visual by 2018, and the fastest-growing socnets today (Tumblr, Pinterest, and Instagram) are primarily image-based. One way to adapt: Include more videos on websites and as social ads. They're 85% more likely to result in a purchase after viewing.

You also get a useful breakdown on how to woo users on each of the more visual socnets, like so for Tumblr: 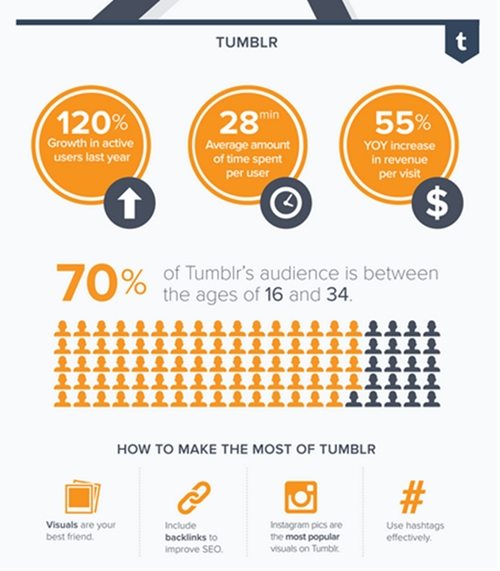 Twitter's actively trying to get people to update their profiles with birthday data. The short-term payoff is small and a bit cheesy: When your birthday happens, your profile will be festooned with balloons (as shown below for Kevin Hart. Happy belated!). But Twitter actually hopes to use this data to "show you more relevant content, including ads."

This is just one more step Twitter's taking to produce a more visual, active, and engaging experience for users, so keep an eye out for opportunities. And maybe start considering how you can integrate birthday offers into your Twitter ad strategy? There's no nicer day for a discount!

The Bunkr app lets you take almost anything you find on the Web and add it to a presentation, hassle-free and with all the fun intact (including GIFs, video, and social posts!).

Now it supports ThingLink, which lets you create social-friendly images that include embedded tags that you can link to anything, as shown in the video below. Use it to add a social wow effect to your presentations, online and off.

Discovery Channel's Shark Week is officially brand-bait, with the likes of Dunkin' Donuts, Jamba Juice, and Volkswagen jumping aboard to provide their own derivative spins on "Jaws" this year.

Discovery Channel also upped its game this week, announcing a partnership with Meerkat to produce livestreamed social content that users could follow around its programming on discovery.com/live.

Expect more such content that seeks to capture viewers around the stuff they're actually fans of. For now, we'll leave you with a wacky Dunkin' Donuts-plugging Vine:

When you steal your friend's @DunkinDonuts because you're too pumped for #SharkWeek #ad https://t.co/4X4yJQEgmD

7. Five Tips to Up Your LinkedIn Love

Kristina Jaramillo's got tips that sales and marketing leaders can use to up their LinkedIn engagement. They include optimizing your thought leadership opportunities, and engaging in intelligent prospecting. We like the detail she goes into for each, as well as the real-life examples she uses from clients. Dig in! 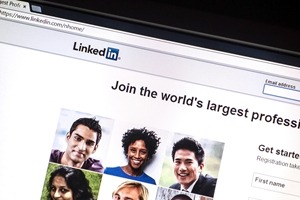 The Next Web compiled 10 new social media studies with fresh insights that may inspire a social strategy adjustment.

A few examples: Late afternoon to nighttime is the best time to reach people on socnets. And the average Facebook user is male, college-educated, into IT, and somewhat liberal (were you surprised?). Also, guess who beats Facebook and Twitter on engagement? Instagram! Get to snappin'.

Pop-out videos, says AdWeek, which let users watch a video without having to stop scrolling through the news feed. (Why stop skimming while you're watching?! Although divided attention may not be great news for ad folks.)

Another test feature: Easier ways to share GIFs within Messenger, per TechCrunch via Mashable. Some users now have a GIF button within Messenger that lets you quickly find a GIF that may express your sentiments better than words ever could.

Think of it as a built-in alternative to apps like PopKey, which lets you integrate a GIF-ready keyboard right onto your phone for wherever you feel like sharing them. The ancient Egyptians would be thrilled. 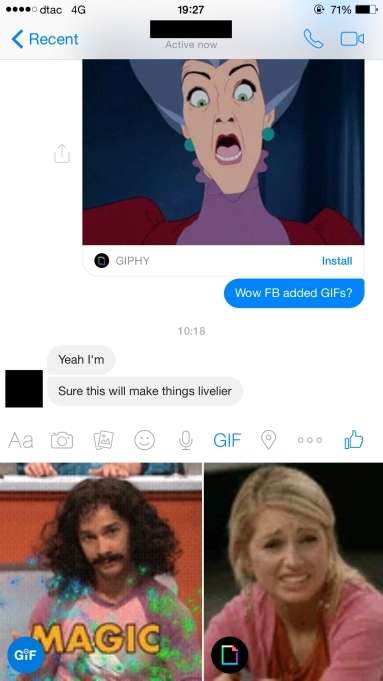 Among them: Don't transform your relationship with other creators (or brands) into a competition. Collaboration helps the whole ecosystem rise. Also, it's crucial to tie your publishing to a schedule (but you knew that already, right?). "Tentpoles"—or seasonal content wrapped around an event like Valentine's Day—are also big winners.

Below, her comedy sketch "Unnecessary Otter," created for Halloween (and the first-ever vid of hers to hit 100K views).

11. We'll wrap with something delightfully strange

Old Spice is using an interactive YouTube video to drive users to interactive site MuscleSurprise.com, where you can explore the universes hidden inside spokesman Terry Crews's muscles.

As Terry says, unconvincingly, "It's not weird."

In addition to being an opportunity to play with truly entertaining branded content, the video has taken even the little things into account—like that creepy loading page, which consists of high-fives by disembodied arms (both Terry's) coming out of Terry's mouth. Also, Terry gets ornery if you remain inactive for too long.

In social, the little details make all the difference.