This is the week when social got serious about customer support. Find out how Facebook plans to help improve sentiment tracking and talking to customers directly. You also have Twitter's "Customer Feedback" feature to look forward to, smarter Snapchat tracking and services, and a better way to see whether Foursquare/Swarm actually leads to in-store traffic.

Skim for the sweet taste of sales!

The new feature should help brands gain more detailed insight and more accurate sentiment metrics than the single-like system, and all fingers point to the change increasing engagement.

A leaked document sent to some of its biggest advertisers shows Facebook is ready to let a business send ads, in the form of messages, to consumers who have previously initiated a chat with the business. The social network also launched a URL shortlink, fb.com/msg/ , which ends with the Facebook Page name of the brand so users can easily initiate message threads with them.

There's good news both for people and for companies: Consumers likely won't be bothered with spammy ads because they require an opt-in of sorts, Facebook will likely crunch down on abusers, and companies have a new direct line of communication to take advantage of. 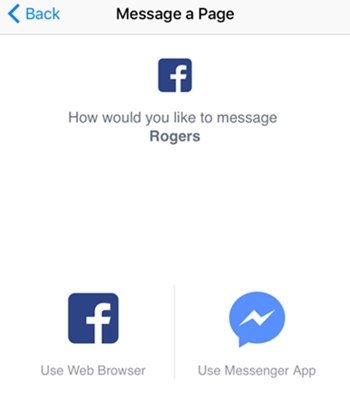 Facebook and WhatsApp aren't the only social giants pushing easier communication between client and supplier. Twitter is integrating a new capability that lets businesses insert deep links in Tweets that display Direct Message call-to-action buttons as a part of the Tweet.

The platform will also roll out "Customer Feedback" in the next several weeks, which allows companies to solicit after-sales opinions and conversations. All of these changes show exactly how serious the big social players are about becoming one-stop shops for business.

Last week it introduced a GIF library for tweets and Direct Messages. This week, it's brought video capabilities to Direct Messages, bringing Twitter one step closer to video-dominating platforms like Snapchat. The new feature is accessible via the old "camera" button within the app, and it could give brands a new way to express themselves.

Starting today, you can capture & share videos in your Direct Messages. It's rolling out globally on iOS & Android. pic.twitter.com/b5CgWyTQ3H

4. Foursquare's new ad product tells you if an ad brought a customer in-store

By harnessing the data collected from its 1.3 million users that allow it to track their locations full-time, Foursquare now has enough data to compare the behavior of users who saw an ad to a similar group that did not see an ad, to determine how much the ad actually increased store visits.

Dubbed "Attribution" (original, right?), the data is available to advertisers regardless of whether they ran campaigns on Foursquare or Swarm. The social network showed off the new capability after the Super Bowl, where it noted that Red Lobster, despite not being a Super Bowl advertiser, won the night with a 12% lift in in-store traffic, thanks to an honorable mention from Beyoncé.

5. You can now buy Snapchat Geofilters to promote your business or event

Introducing "On-Demand Geofilters": Snapchat's newest addition to the Geofilter family. Businesses and individuals in the US, the UK, and Canada can buy Geofilters using logos and trademarks as a promotional tool, meaning your next big event, tradeshow, wedding, or birthday party can have its own dedicated filter for all to use.

Pricing starts at $5 and increases depend on the size of your coverage area and length of availability. The best part? Submitted On-Demand Geofilters will be approved within one business day!

After revealing that users have viewed over one million hours of virtual reality video with Samsung Gear VR, Facebook laid out a framework for further virtual reality integration and has created a Social VR team that will explore how the technology can help people connect and share.

The social network took the opportunity to tie in its 360° video support by announcing quality improvements to the format, which is likely to play an integral role in its overall VR approach. Widespread adoption of VR may take time, but for the company's new team, this isn't just fun and games. The future is here! 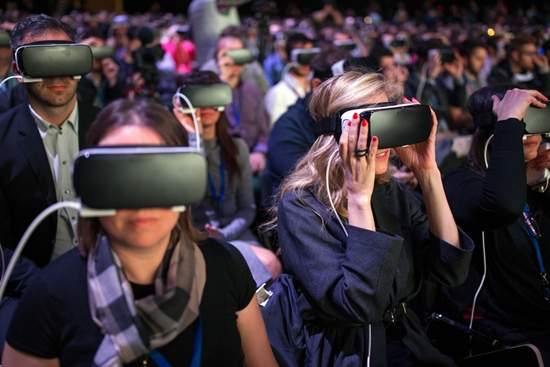 Marketers have hounded the messaging app for ways to quantify campaign performance, and Snapchat is one step closer to meeting that need.

The company teamed up with app analytics firm Tune to give advertisers data on how many people downloaded and opened an app after clicking on ads. It's a natural progression for Snapchat, which must compete with other digital giants for ad dollars, and the newly accessible goods will give marketers the necessary insights to optimize campaigns and retarget consumers. 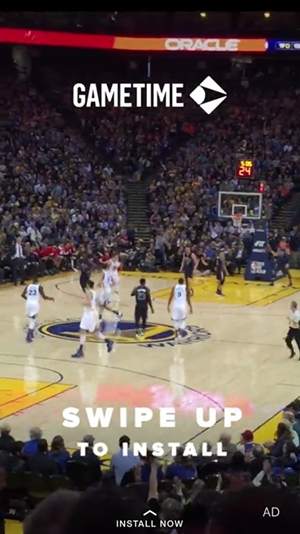 Tests show that the new open-source code generates 85% faster mobile load times for users, Google claims, and publishers seem less hesitant to jump in with Google than they were on Facebook, with major outlets like The Wall Street Journal, Daily Mail, Washington Post and Mic on board for the launch.

With mobile search such a significant part of site traffic, it's hard to ignore such an improvement in load times!

If it can generate the data necessary to convince brands, Snapchat will likely become a one-stop e-commerce platform via its Discovery Channels. The biggest hurdle: it must figure out how to retarget users off its mobile application in order to bring brands aboard. The app-install campaign insights we mentioned earlier are a step in the right direction.

Content powerhouses like Hearst already showcase individual products, along with a short description and pricing info on their Sweet channel. If Snapchat makes the right moves, future channels will be equipped to allow consumers to purchase these items directly within the app. 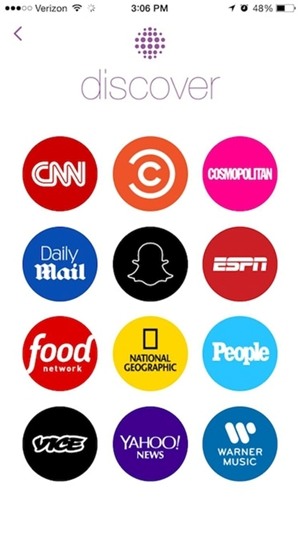 In what's likely an effort to attract premium video producers to help take on YouTube, the social network has loosened rules that forbid publishers to post overly commercial video content without paying to promote it. (Hoping to limit users' exposures to bad, unpaid "ads," Facebook sometimes took down videos that advertisers paid to produce or sponsor).

The shift in strategy allows certain publishers to use "sponsored by" messaging on branded videos, and lets premium publishers post native video ads—a huge perk for publishers like BuzzFeed, which rely heavily on the format. As Facebook ups its video game, the move should pull in more high-quality producers by giving them more ways to make money.

What platforms and content drive most of your business—Twitter and case studies, or LinkedIn and whitepapers? See how your company's lead generation and social tactics stack up against other B2B-ers, and find out where you might be missing the mark.

Finding the most compelling topics, hiring the best writer, and filling them with engaging images doesn't guarantee blog posts will be read, meaning your efforts could have zero (as in nada, zilch) impact on your business. But even without ad dollars, Twitter can be an excellent channel for attracting the readers you want.

From including calls-to-action, to tagging influencers, here are seven tips for maximizing your blog post's potential. Sink your teeth in!

13. We'll wrap with brand responses to an unlikely social sensation

It's impossible to predict when something might go viral, but brand responses to this week's video sensation, starring two high school boys, proves why it might not be necessary if you're quick on your feet.

User Josh posted a 30-second video of his friend, Daniel, that he filmed during school, showered with voiceovers of "Damn, Daniel," and "Back at it again with the white Vans!" Fast-forward several days, and the video had nearly 300,000 retweets; both boys got over 100K followers as a result. Obviously VANS got in on the craze, but less-related brands like Clorox and Axe used the frenzy even more effectively, garnering lots of engagement with a sought-after millennial audience along the way!

Continue reading "#SocialSkim: Facebook Rolls Out Like Alternatives, Plus 13 More Stories in This Week's Roundup" ... Read the full article