#SocialSkim: A Whole New Facebook Live, Plus 10 More Stories in This Week's Roundup

This week's all about the lunge toward livestreaming. Facebook introduced a host of major changes to Facebook Live that drastically expand broadcasting capabilities, while YouTube streamlined its own live streaming feature for mobile.

Today's 'Skim will also catch you up on Twitter's exciting new standalone app dedicated to small businesses, dive into Pinterest's brand new visual search feature that looks to drive sales, and let you in on a few little secrets to help your brand get on its way to higher engagement with Facebook's Instant Articles.

Facebook unveiled three major Live updates this week, the biggest of which gives users the ability to add a second streamer in a different location to their broadcast.

It's a move that opens the door to a slew of new uses of the platform, including interviews, duets, and other collaborations.

Users will also be able to preschedule their broadcasts and create waiting rooms for viewers to gather before airtime so that streamers don't have to wait for the audience to join midstream. Last but not least, Live will use Facebook's recent acquisition of MSQRD to integrate filters that emulate what we are already familiar with on Snapchat.

No word yet on a rollout date for the filters, but two-person broadcasts and pre-scheduled streams will be available to the public after verified pages have the chance to check them out this summer. 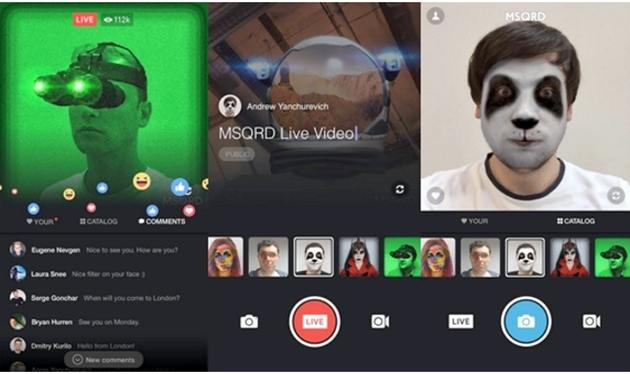 After launching a standalone app for its power users and influencers last week, Twitter this week introduced a new app dedicated to the small and midsize business owners. Twitter Dashboard is already available, and offers a suite of tools to help create custom feeds, schedule posts, and dive into analytics.

Users can customize feeds to better monitor conversations, such as one that monitors hashtags and keywords rather than just tweets sent directly to their brand's Twitter handle. Business can get advice on the Dashboard website, including suggestions of what type of content to post to engage your audience based on your business.

The Google-owned video powerhouse took to VidCon to introduce the world to its latest feature: livestreaming built right into its mobile application. Live streams on the app will be searchable like the rest of YouTube content, and creators will be able to protect them from unauthorized users.

Will live streaming take off on any one platform, or is it simply an expected feature from all of the social giants these days? Let us know what you think!

3. Pinterest to soon let you search for products with your smartphone camera

The social pinboard site has an exciting e-commerce update in the pipeline that enhances the company's visual search capability. In the coming months, users can simply navigate to the app's visual search feature, point their cameras at any object in the real world, and the site will automatically return results of products it thinks it recognizes.

Results will come in the form of a photo populated with identified objects, and pinners can tap on each one to get recommendations for similar items. The change can get Pinterest into the minds of consumers even earlier in the purchasing funnel (i.e., when they're shopping at a brick and mortar store), which means better chances for brands to convert on the platform!

We introduced you to Musical.ly in May, the popular music-centric social platform that lets users create lipsync videos to their favorite songs. Now it appears the company's ready to parlay that success into its new live streaming app, Live.ly.

Sure, the app acts like most of your other mobile live streaming platforms, but if you're asking what makes this one different, it's that Live.ly temporarily surpassed both Snapchat and Facebook Messenger in the iTunes Store this week, generating nearly 500k installs in four days! With that kind of growth and active user base, it's worth taking a glance. 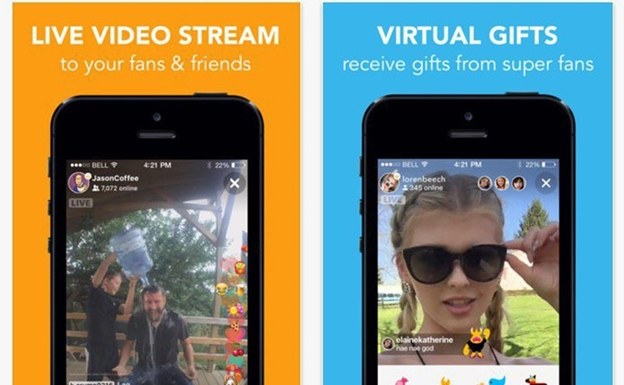 Facebook just gifted iPhone users a new way to share their favorite moments from right within the app, and it's provided all the tools to make it simple for us to use, and easy for Facebook to encourage more video uploads on the platform.

As the name suggests, Slideshowpieces five or more photos or videos together into a single sequence, and adds music based one of 10 themes—Nostalgic, Night Out, and Tropical, among others.

Facebook will show a preview of a premade slideshow at the top of the News Feed for users who've taken more than five photos or videos in the previous 24 hours, from which Facebookers can edit the content and even personalize with a customized title before tagging friends.

6. Stickers set to (finally) arrive on Twitter! And they're connected.

You've been warned: Your Twitter feeds are about to become a lot more Snapchat-y. Stickers are officially coming to the platform in the coming weeks, giving users the ability to edit their uploaded photos with emojis, props, and accessories directly on the social network.

More: Twitter stickers are connected, meaning users that click on them in an image will be redirected to a page of other images using the same stickers—making them searchable, like written hashtags.

The addition gives users and brands a new way to express themselves, so go ahead and test it out!

7. How to get started with Facebook's Instant Articles

Facebook Instant Articles have faster page load times, offer unique interactive elements, and can usher in an overall better user experience. A study from Kissmetrics finds that 40% of users will abandon a webpage if it takes longer than three seconds to load, and because Instant Article content is hosted on Facebook's own turf, those load times are drastically reduced.

Consisting of 10 steps, the process of getting started with Instant Articles can be daunting, but the higher chance of retaining your customers' attention can make the investment worth it. Don't know where to start? Dive into the process, and walk away with some insider tips and tricks! 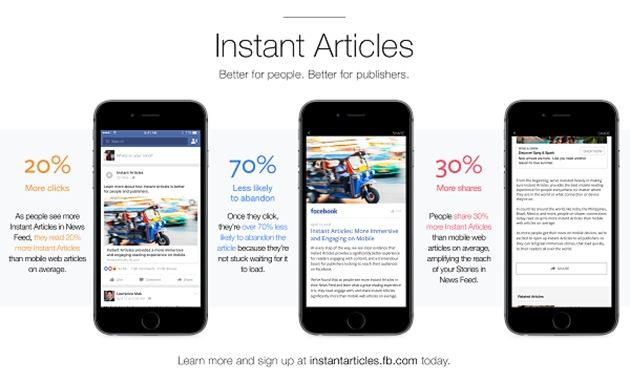 Some 65% of consumers now interact with brands via chat apps such as WhatsApp or other mobile messaging means, including SMS. So chatbots and the like now appear poised to fulfill their purpose—and promise.

Facebook Messenger, WhatsApp, and SMS are the top performers, and they are on an upward growth trajectory: 24% of retailers use SMS to communicate with customers, and 17% have a presence on a chat app.

The research is further evidence that mobile needs to become a part of your social strategy if it's not already. Check out the details and findings.

The social network has assigned a curation team to sift through all of the coolest happenings in 10 major US cities and provide recommendations in the form of a Featured Events list housed right in your Facebook app.

After the Trending Topics controversy (Facebook was accused of suppressing conservative news), the company says the handpicked events featured will avoid events related to politics and worship, and instead focus on those with mass appeal. 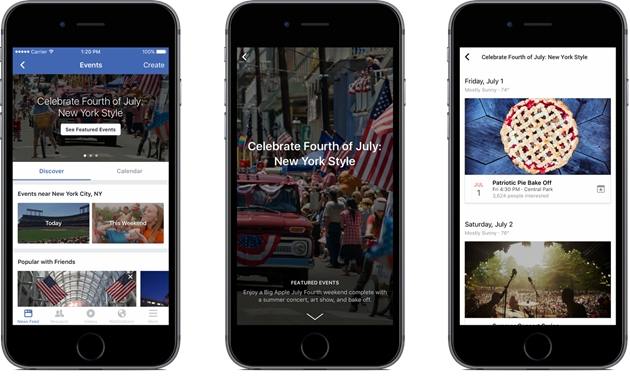 10. We'll wrap with social's latest effort in the fight against extremist content

In an age of livestreaming and growing geopolitical instability, social platforms have found an expanded role in moderating the dissemination of extremist content. As the instances of livestreaming crimes and terrorism grow, criticism has mounted, and that process of identifying and censoring what makes it to our screens came under a harsher spotlight.

Facebook and YouTube have now reportedly responded by implementing systems that automatically block or rapidly take down extremist material.

But those familiar with the matter say details are hard to come by because the companies hope to keep knowledge of the systems out of the hands of oppressive regimes or terrorists. At least it's a start.