New apps and ad capabilities. That's the agenda on this week's SocialSkim. We dive into the latest under-25 messaging platform that brands are scrambling onto, and we introduce Twitter's new standalone app built specifically for its power users.

We'll give you the latest on Tumblr's foray into live video (spoiler: it's not like Facebook Live), discuss why Reddit might be the next social network your brand joins, and make your day with a bounty of free and cheap visual marketing tools. Skim to stay on top of it all!

Pronounced "Yubble," the social messaging app targeted at the under-25 demographic appears a lot like Instagram, but images on the social network's feed aren't static and can include interactive "buttons" that let users vote, see a location, or follow a link.

That last one's a huge draw for brands, since other platforms, including Snapchat and Instagram, don't allow shoppable links in posts.

Primark, ASOS, and RedBull are already on Yubl with verified pages, and the app has been floating around the top 20 social apps for iPhone users.

But it will ultimately be the teens who decide the fate of this newcomer in the already crowded space of social messaging. Would you consider Yubl for your brand? 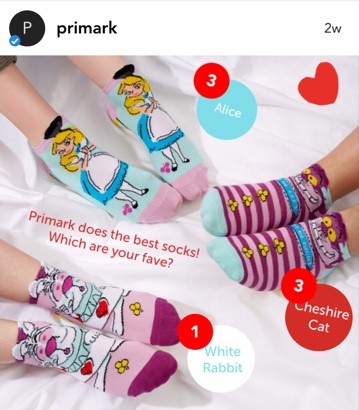 Rumors began swirling on Tuesday that the microblogging social network would be the latest to throw its hat into the livestreaming ring when it published a teaser hinting at "live video" and a schedule that included things like a live broadcast from the surface of Mars and a basketball lesson from a Harlem Globetrotter.

Clarification came Wednesday when the company announced a "publishing and discovery platform for live video" from media partners, including Mashable, MTV, and TimeOut.

The platform will include a series of live broadcasts from the partners to be brought to their followers in the form of push notifications. So, it might not be a direct competitor to Facebook Live or Twitter's Periscope just yet, but who knows what the future holds?

The company just launched Twitter Engage, a standalone app designed for the social network's top users that helps them easily engage with followers, generates down-to-the-second analytics about their tweets, and also surfaces @mentions and follows from loyal fans and other influencers.

The social network also appears set to invest heavily in video: It announced this week that all users may now post 140-second videos rather than having to stick to the previous 30-second limit; and its $150 billion acquisition of machine-learning company, Magic Pony Technology. 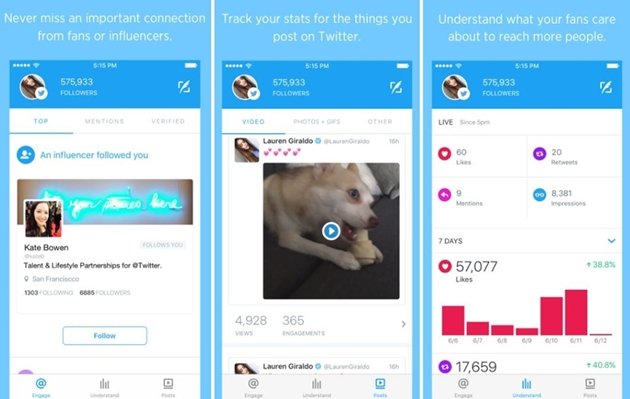 The social network's mobile-only, full-screen Canvas ads became available for organic page posts on Wednesday: Now, when a brand creates a Canvas, it can also be published as a page post instantly.

With 50% of Canvas ads being built by advertisers in ten minutes or less, and a super-efficient mobile ad builder at brands' disposal, it's no wonder the social network is bringing the ad product front and center. Here's a refresher of what Canvas looks like:

Coca-Cola, eBay, and Proctor & Gamble have all joined Reddit in recent months, and suddenly the niche social news networking site that brands avoided for fear of being harassed for their marketing efforts by the network's infamous community of Internet trolls appears set to attract more big names.

Reddit nearly doubled its traffic over the past year, skyrocketing from 28.4 million to 51.4 million monthly users in May, and its newly established internal creative agency that helps brands create native content, along with its introduction of an ad-tech platform, appears to be making companies consider diving into the Reddit abyss. Would you consider Reddit for your brand?

...and not only that! The photo-sharing platform went from 300 million monthly active users to over 300 million daily active users in less than two years. Popularity in overseas markets, including Germany, Japan, France, and Indonesia, fueled the growth, with 80% of Instagram users now coming from outside the US.

It's not all peachy, though, for the Facebook-owned social network; the rate of images shared per day is slowing down. However, Instagram is now two times bigger than Snapchat, and that's not something to scoff at. 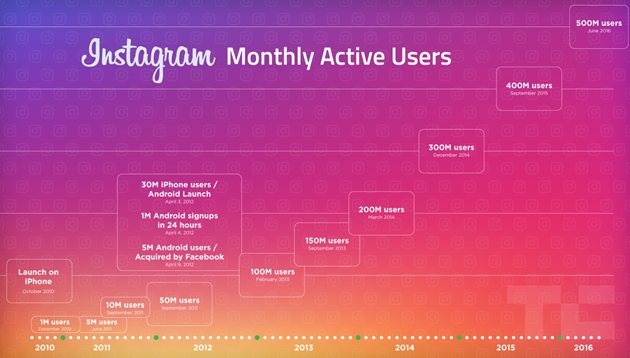 New updates to Instant Articles bring more features and freedom for branded content, including support for marketer logos atop those articles. The logos will be automatically added if a publisher identifies a third-party product, brand, or sponsor.

Publishers can now also add custom bylines and kickers, and the Instant Article style editor will allow new coloring, spacing, and text features, along with a new real-time preview feature in the coming weeks. 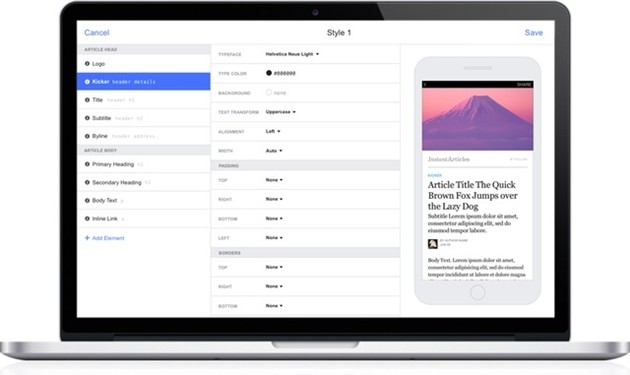 7. Why it's time for B2B marketers to embrace mobile

B2B brands have been much more reluctant to jump into mobile marketing than those in the B2C space, but times have changed, technology has advanced, and now's the time to make mobile a part of your multi-channel strategy.

Why? This B2BMarketing piece breaks down all of the reasons, but included are the unique benefits brought about with a mobile app, and the incredible usefulness of location-based marketing that's been enabled by mobile. Those benefits aren't just for B2C companies, and they can be used to breathe new life into a B2B omni-channel marketing strategy.

8. Guess what? Almost 60% of the links shared on Twitter are never clicked

Fully 59%. According to a first-of-its-kind study, that's the percentage of links shared on the social network that are never clicked on, including by the users who shared them.

The study included 2.8 million shares from links shared by various news organizations, with only 9% of shared links on the site generating 90% of the clicks! In short, although exaggerated headlines might get a lot of eyeballs, that doesn't necessarily translate into clicks, and social sharing is less connected to the gravity of news shared than previously thought. It's also a possibility that your Twitter followers are vastly more uninformed than it appears. Sigh.

For any of you using Messenger for customer service, or for those exploring that option (which, you should, because it boasts over 900 million users), Facebook ushered in a round of welcomed updates and upgrades to the app that should help finding and starting conversations easier.

The new interface will continue to show your most recent messages at the top, but users will now find a new Favorites section below, which will include those you message most. The new design also has a search bar, which will return the same results as Facebook mobile search. Finally, the app will also show birthdays and whether someone is currently active on the platform, making it just a bit easier to prioritize your conversations.

10. Up your game with these free, cheap, and easy visual marketing tools

Even a top-notch product at an unbeatable price can fail if it lacks attractive packaging, and that extends to digital and visual elements as well. Attract more viewers, increase conversion, and appeal to your customers' decreasing attention spans by using these free, cheap and easy tools for design, presentations, infographics, and more! We know you love us. 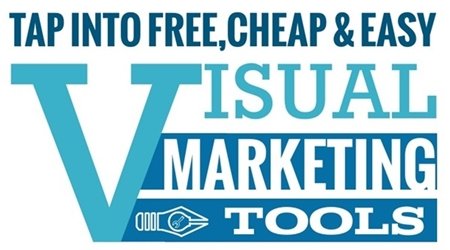 Luckily we're no longer in the dark days of trial and error for branding our companies on social media. Ample research reveals seven key do's and don'ts that extend across platforms and serve as a guide to building your brand on social.

Check out the full list, but we've wrapped up the need-to-knows below here:

12. We'll wrap with how Facebook wants to plan your next birthday party for you

Facebook wants to algorithmically plan your next birthday party, and it doesn't even have the courtesy to ask for your input. A report from The Verge highlights how the social network's growth team has been creeping on your friend list and picking potential hosts to corner into planning an event for your special day, whether you like it or not.

The social giant prompts its chosen hosts with a call to action to create an event, without even letting the birthday boy or girl know it's doing so.

For anyone under 30 celebrating youth and possibility, this is fun news that could lead to a surprise party and a night of lifelong memories. For anyone older, it might be seen as a privacy-breaching attempt to force you into an unwanted celebration when all you'd rather do is have a glass of wine by yourself and binge-watch House of Cards. 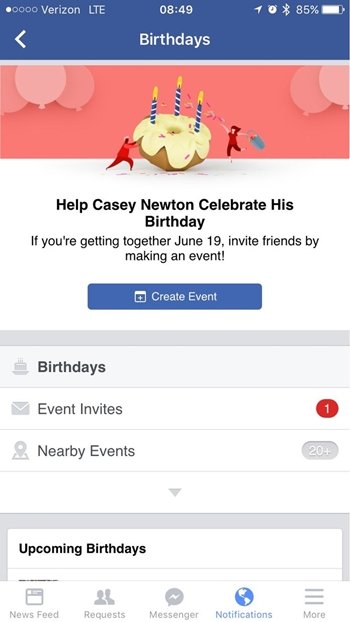