#SocialSkim: The Biggest Social Channel You're Missing Out on, Twitter Abandons E-Commerce: 12 Stories This Week

In this week's 'Skim: Amazon's Twitch, the social platform you're missing out on; Twitter shelves its e-commerce ambitions; big changes to Facebook Live and what they mean for you; Snapchat's new approach to search; ingredients for highly engaging Facebook posts; a content marketer's guide to social selling; and much more...

Skim to streamline your social media strategy in 2017!

Twitch included livestreaming long before other social networks, including Facebook and Instagram, and it boosts over 100 million monthly viewers who spend, on average, 1.5 hours on the platform every day. So... why isn't Twitch on your brand's radar?

Twitch, acquired by Amazon in 2014, is the biggest destination for hosting channels for livestreaming today, and now plays host to much more than videogame streaming.

Content creators include creative channels for cooking, art, photography—even social eating (where creators livestream themselves eating meals)—and many offer sponsorship opportunities for brands to get involved. The platform boasts a deep social element, with live chats to the right of every livestream and lots of interaction.

Twitch could open the door to more opportunities than other platforms, depending on your vertical. It just might be a social network worth checking out for your brand.

If your company had plans to use Twitter as a sales channel, you might want to head back to the brainstorm room. The social network will begin phasing out its "Buy" button, just two years after its introduction (in September 2014), allowing users to transact directly on the platform with a limited number of Twitter's partners.

Customers of e-commerce platform Shopify received notices informing them that the Twitter sales channel is shutting down because the social network team is "pivoting way from their e-commerce focus." Twitter's next earnings should be made public on February 9.

3. Facebook takes another stab at journalism and fixing fake news

Reeling from controversy over the spread of fake news, and attempting to maintain the loyalty of its news consumers, Facebook is taking a new approach to journalism on the platform by testing two notable new features.

Story packages will bundle Instant Articles around a theme or a digest of the day's biggest news stories from several news outlets, and let users select which organization they'd like to read from. Users can ask to be notified when these packages are available. Another new feature includes a spot where users can sign up for free trials of the outlets' paid subscriptions.

Perhaps Facebook can become the future of news, despite its trials and tribulations.

4. It just got a whole lot easier for your business to take part in Facebook Live

Business and brand pages will now be able to stream on Facebook Live from desktops and laptops, and those with more than 5,000 subscribers will gain access to Live metrics to get a glimpse at how their broadcasts are performing.

Facebook is rolling out these and other changes in a series of updates to Live, based on feedback from publishers.

Before, pages could go live only from a smartphone or tablet running Facebook's Live API, so the ability to stream directly from a browser on a laptop to a Facebook page paves the path to easier broadcasts for things like daily vlogs to showcase products or answer frequently asked questions.

Facebook will also now allow page administrators to designate staff as "Live Contributors," without giving them other administrative rights.

Does all that change your company's Facebook Live plans? 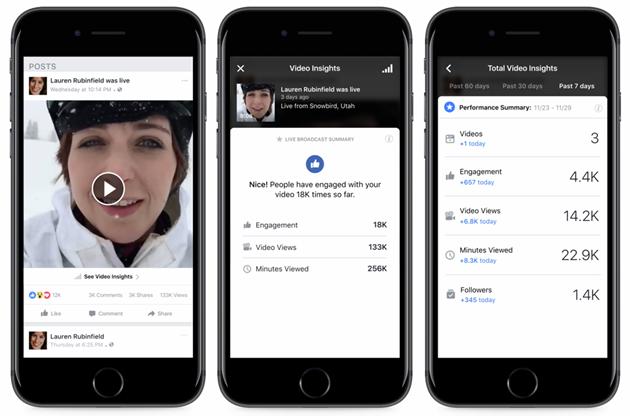 A new universal search just rendered Snapchat much easier to navigate, and in doing so opened up another potential revenue stream. The app's notoriously complicated user interface depended on its users' ability to know where to swipe on the screen, but the new always-present search bar hopes to change that.

Users can navigate with speed, and the search function's visual appeal helps find everything from a particular friend's message thread to new accounts to follow. Brands could potentially pay to find themselves at the top of such search results in the future

As the app marches forward to a IPO likely valued at $25 billion, it must keep investors convinced of its ability to generate revenue, particularly as Instagram's version of Snapchat Stories has already reached the same number of daily users as Snapchat's (150 million).

Users have had the ability to edit posts on the social platform since the end of 2013, with each edited post being clearly marked with an "edited" label.

That label seems to have mysteriously disappeared, without announcement by Facebook. Users now can access changes only by selecting "view edit history" from the pull-down menu in the top-right-hand corner of posts.

In the era of fake news and social media's push toward more transparency, we're not so sure this change is in line with Facebook's promise.

Exactly how many characters should your brand's Facebook posts be? Should you always post during peak times when most of your audience is online? What makes for a highly engaging Facebook post is often a mystery, but a new study of over 800 million posts has some interesting takeaways that might run contrary to preconceived notions. 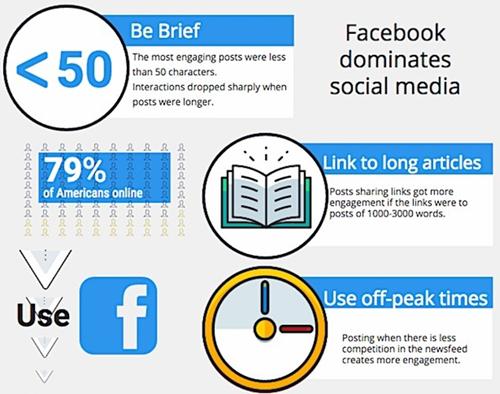 Facebook admitted it's running out of places to put ads in people's News Feeds, so apparently the company decided to focus on Instagram instead.

The photo-centric social network's knockoff of Snapchat Stories is now used by 150 million users, has decided to introduce ads between Instagram Stories.

Stories on Instagram are collections of photos and videos stitched together into montages, and the ads will be full-screen photo or video spots automatically inserted between Stories as a user views through them. Instagram will begin testing the new ad format with just 30 partner advertisers, but the capability will roll out to all in the coming weeks.

9. Snapchat's prowess in one, handy infographic

You've heard from everyone, including the 'Skim, that Snapchat's a big deal right now. But we haven't seen its impressive performance—and ad offerings—wrapped up as nicely as it is in an infographic from creative studio and technology company Delmondo.

Snapchat's 150 million users are generating 10 billion video views per day, an increase of 350% during 2016 alone. And that's not just in the USA. Snapchat boasts over 50 million daily users in Europe, and the average European user spends 25 minutes on the app every day. Check out all the stats and the company's expanding ad products! 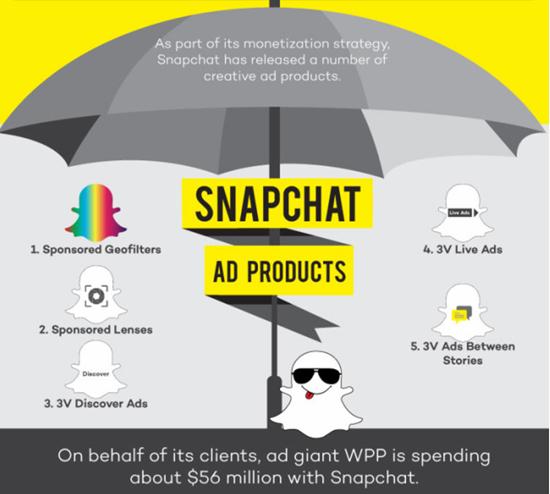 10. A beginner's guide to growing your business on Instagram

Visuals have been, and remain, one of the most engaging ways for brands to tell stories, but many companies and marketers are lost when attempting to translating that fact onto image-centric social networks like Instagram.

If your brand's marketing team is hesitant to jump into Instagram as a channel for increasing engagement and expanding sales, BuzzLogix has a cheat sheet you'll want to bookmark. From the components of a good profile picture and gaining traction with correct mechanics, to reaching out to influencers and trying your hand at ads, the infographic covers it all. 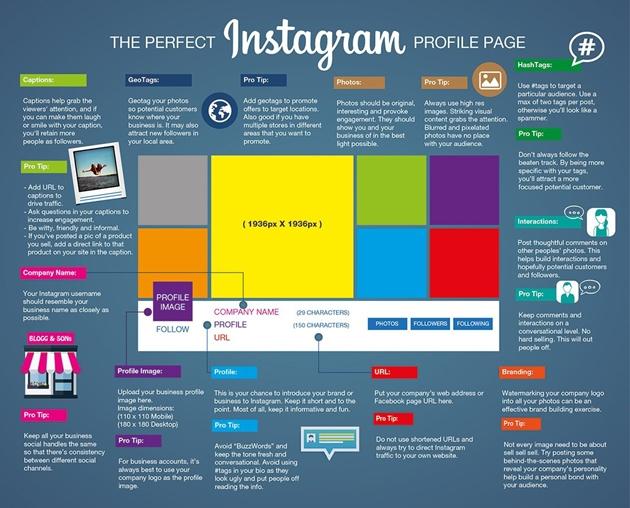 Marrying your sales team with your content marketing team is your best bet to successfully using social media as a legitimate sales channel. Great alignment and a sharing of information between salespeople's experience and marketers' content is key.

MarketingProfs has a great piece on how content marketers can help their salespeople close deals by providing content that reverberates best with the buyer at any point in the customer journey.

12. We'll wrap with how social media is redefining national borders

Defectors from North Korea are finding social media fame in South Korea, and that could hold the key to reunifying the two countries. The Internet doesn't exist in North Korea, but certain defectors learned social media quickly and now boast tens of millions of views.

The social media influencers spread their message freely via nearly uncensored social platforms, hosting livestreams about North Korean culture and cooking, and providing their insights into the conflict between the two states. Watch below for your daily dose of inspiration.