In this week's 'Skim: Microsoft wants to turn Skype into a messaging platform to take on Snapchat and Messenger; how LinkedIn groups can give your brand an edge; Facebook makes Instagram a better messaging platform with links and Messenger ad integration; Reddit paves its own path to becoming a full-fledged social network; Snap Inc. raises eyebrows with its latest acquisition; 2016's worst brand social media fails so far; and much more...

Skim to stop from falling behind!

1. Skype gets a Snapchat-inspired makeover

Microsoft just took a chainsaw to the existing Skype app, ushering in a drastic visual update. Skype stuck what it calls "Highlights"—essentially a watered-down version of Snapchat Stories that lasts up to one week instead of one day—alongside new bots and chat add-ins that could rival Facebook's bots. It also moved the camera to just a swipe away, hopefully encouraging more use.

The rollout has been in the works for over a year. Microsoft's aim is to update the platform to match the ways many of its users—often, close friends and family—want to share things with each other.

The update, which also brings the service in line more with other messaging apps, is already released for Android devices, and will roll out to iOS devices in a month's time.

2. Five ways to use LinkedIn Groups for your business

All the changes that have come to LinkedIn after Microsoft's acquisition of it shouldn't make brands lose focus on one of the social network's original—and still highly effective—features. LinkedIn Groups allows brands to grow their presence on the platform, develop a thought leader position in their industry, and much more.

Business2Community has some killer advice on the matter, and all the great ways LinkedIn groups can help your brand stay on top of its game. Covered in detail: showing your expertise, asking questions and getting responses, promoting engagement through content, expanding your network, and building trust and authority through consistency.

Marketers now have an even easier way to communicate with potential leads and customers via the Instagram ads they place: Users now having the option to click through an ad directly to Facebook Messenger to get in touch with the advertiser.

Marketers should have an easier time translating the interest of its customers into direct contact, leaving the door wide open for customer service agents to answer questions, provide recommendations, and close a sale. 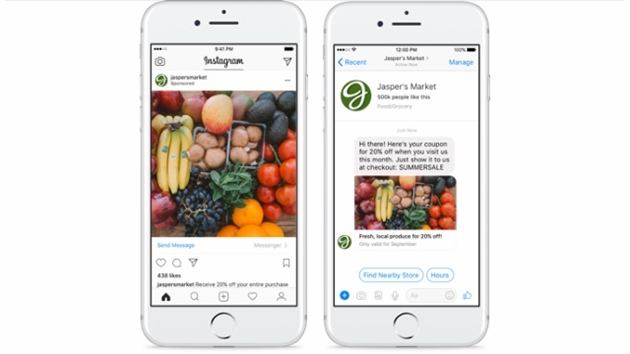 The online community, which often scares away brands because of its passionate and sometimes unforgiving userbase, just added a location tagging feature to its mobile app. The move follows several others this year that bring Reddit in-line with more traditional social networks, like Facebook and Twitter.

Back in March, Reddit introduced the ability for users to follow each other, as well as user profile pages. The new location tagging feature is powered by Foursquare. Though users cannot yet search for posts based on location, we're sure that's in the works as well.

Has your brand successfully worked with Reddit? Let us know in the comments below!

A new message requests folder now means users on Twitter can find, review, and accept direct messages from users they don't follow on the platform. Previously, brands and users that did not mutually follow each other wouldn't be able to communicate via the integrated messaging platform.

Now, users who have opted to receive messages from all users will now see those messages in the new Requests folder, a change like the one by Facebook back in 2015.

This feature could facilitate relations with customers for those brands that use Twitter for customer service, essentially eliminating the awkward "follow us to DM us" communication that used to be a precursor to a real conversation.

If you've opted-in to get Direct Messages from anyone, messages from people you don't follow will go into requests. https://t.co/n1qasb7JZC pic.twitter.com/HQY20T5f6t

It's a relatively small purchase for Snapchat, but the acquisition could go a long way toward helping the camera company expand its hardware capabilities as it continues to face stiff competition from Facebook and Facebook's army of Snapchat-copying clones.

Drone photography and advertising have become popular on social media, with users and brands using them to capture videos in a new way or to advertise at new heights. All eyes are on Snapchat as Wall Street and the social media world watch its every move, and drone company acquisitions are no exception.

The Facebook-owned photo and video-sharing network is now giving users more reason to use the platform as their messaging app of choice: integration of clickable Web links and inline previews of Website content.

Up until now, external URLs weren't clickable; users had to either send links via another messaging app or use a Web browser. The Direct update also brought the ability to send photos and videos in their original landscape or portrait orientation, instead of cropping them.

The new updates are rolling out now on iOS, and will come to Android soon. 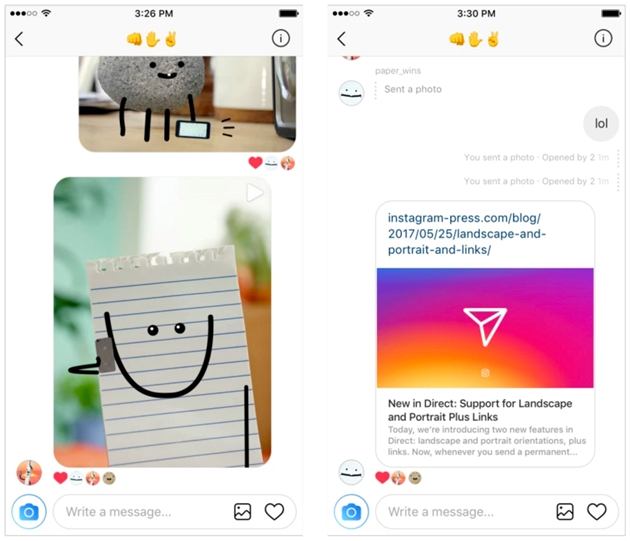 8. TRVL aims to be a TripAdvisor that helps people make money

First it was taxis, then hotels, and now social media might be coming after travel agents. Amsterdam-based TRVL, a startup that's just come off a $2.7 million funding round and is headed by some heavy hitters in the travel industry, has set out to build a way to crowdsource the things that would normally be done by a travel agent.

With TRVL, the "agent"—you (or your mother)—who wins the booking receives commission of "up to 10%" while the bookings themselves are meant to augment other Sites like Booking.com where they're actually placed. The grand idea? Create a TripAdvisor with an earning model. It could be the latest form of social media to shakeup the sharing economy.

You can now take TRVL with you in your pocket! Download the TRVL iPhone app here: https://t.co/1Gr7aqmzzj pic.twitter.com/peENmYaU1t

9. UK also eyeing fines for social media companies that could do more

Prime Minister Theresa May led a joint statement from the G7 calling for social media companies to do more to combat online extremism, and even said her party is open to instituting fines for social networks that don't do enough to ward off extremist and inappropriate content.

The statements come just months after Germany's cabinet backed similar fines of up to €50 million in an effort to increase moderation efforts.

As examples of online extremism continue to plague the news in big ways, it's a race against time for the social media giants to develop the technology and hire the manpower necessary to take on such an important task.

10. The seven worst social media fails of 2017 so far, and what you can learn from them

Companies and people alike make mistakes, but some of the biggest brand mishaps on social media so far in 2017 provide valuable lessons as we move into the second half of the year.

The first-place trophy, as you might have guessed, goes to United Airlines for its borderline inhuman handling of the scandal that ensued after a passenger was literally dragged off a plane for refusing to give up his seat.

Dove ran into all sorts of issues with what seemed like a good idea: selling bottles of beauty products that were all shapes and sizes—just like the women who buy them. And Pepsi got too political with its equating Black Lives Matter with Kendall Jenner.

Check out the full list to see what your team can take away from these social media fails:

Zuckerberg never finished Harvard when he was a student, but that didn't seal his fate; he went on to become one of the prestigious university's most well-known students. The Facebook founder and CEO returned to the school to give a commencement speech in which he touched on issues ranging from the threats of automation to the importance of local communities. He also urged graduates to "build a world of purpose".

His speech didn't quite quell speculation that he might run for political office, as Zuckerberg also seemingly endorsed a universal income, and teared up as he told the story of an undocumented student mentee who faced fears of deportation.

Check out clips from the speech, and keep an eye out for the dress of the guests sitting behind the Facebook founder. You're in for a treat!

We now go live to Mark Zuckerberg addressing the passengers of the titanic pic.twitter.com/yRkZDuiW6K