No more need to scour countless job websites like LinkedIn, Glassdoor, and Monster to make sure you're seeing the latest job postings and matching your needs. Google just did it for you.

The Internet giant added some features to its search so that it now aggregates job listings from all those sites, and it can even set up alerts and email notifications for users, all under the umbrella "Google for Jobs."

Google says it's not paying to index the job listings, and that monetization, aside from regular ads, isn't currently in the works. We'll see how long that lasts.

It's called Snap Map, and it's a new way for users of Snapchat to meet up IRL (in real life) by enabling location-sharing, making users appear on the map for friends to see. Snap suggests the new feature is meant to help users discover and get inspired to go on new adventures. Those with privacy concerns can either disable it completely or temporarily block it via Ghost Mode.

Snap Maps will also incorporate location-based Stories, meaning users now have another way to discover snaps they might otherwise never see unless they dig into the other buried features of the app.

The Snap Map rolled out to all Android and iOS users on Wednesday, so check out the video to see how it works:

The music-based social network where users create, share, and discover short music videos, is working on original content with the likes of Viacom and NBCUniversal.

Music.ly members create and share content all the time—often with their faces on camera—so it makes sense that the original content plans be interactive: Users respond to the shows with personal responses using hashtags.

For now, Music.ly's 500 million users won't be exposed to ads during the programs, nor has the app paid publishers to create the shows, but we can certainly consider it a significant test for the viability of Music.ly in today's race toward social network TV-like shows. 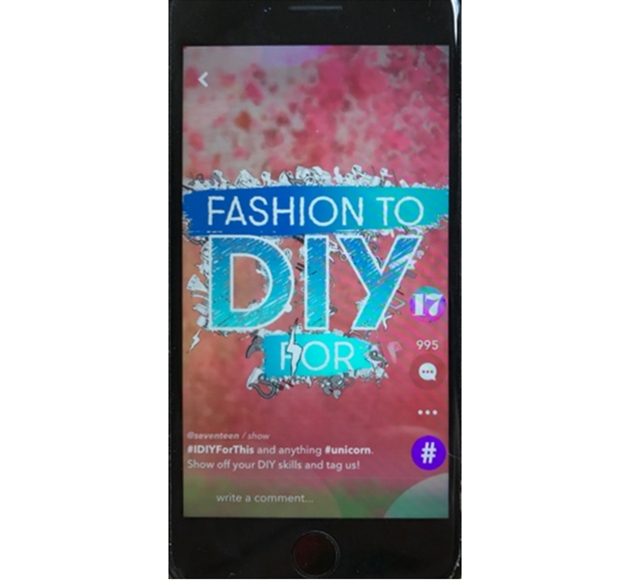 4. LinkedIn users can now add images to their comments

Although the social network's senior director of corporate and product communications makes it sound like LinkedIn's invented the next Snapchat Story, the ability for users to add images to comments on LinkedIn is indeed a notable change for the social network, and brands should take note.

Users can now provide more detail—whether infographic screenshots or bits of a whitepaper—that help engage others on posts and illustrate their contributions or questions. 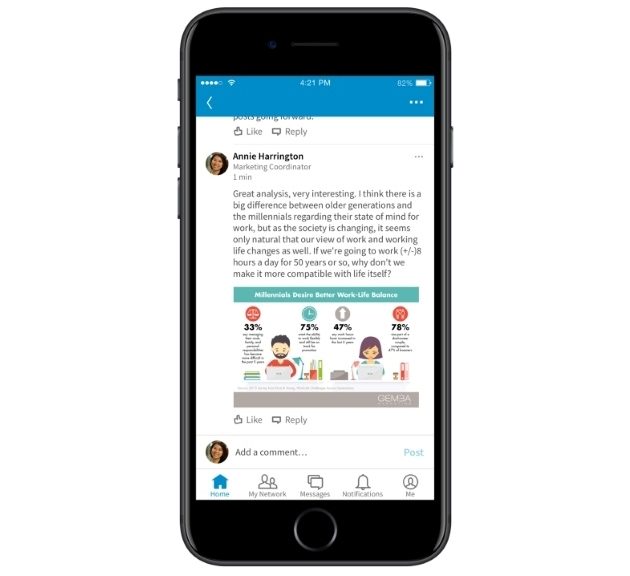 5. It looks like the Snapchat stock skeptics may have been right

After briefly trading at over $25 per share, Snap Inc.'s stock price fell to its IPO level of $17 last week, a sign investors continue to be nervous about the app's sluggish user growth.

As has been the case with Twitter, such struggles could lead the social network from being able to attract top talent, which might be why Snap has itself commissioned studies to highlight how engaged—and thus valuable—its users are.

But, with worrying declines in downloads compared to previous years, Snap might have to do more to reassure Wall Street.

The social network took to Cannes last week in part to introduce marketers to new tools on its platform meant to help brands test and distribute the ads they make in Creative Hub.

Creative Hub lets brands and agencies more easily create Facebook and Instagram ads online, and the first major update gives those parties a snapshot of video performance and insights so marketers can optimize their creatives for mobile devices.

The second major update lets brands and their agency partners create—and distribute—ads directly on the platform itself, avoiding much back and forth or reformatting needed when normally sending creative assets between parties. Check out the video of how it works.

Have you given Creative Hub a shot?

Instagram also changed its policy on live videos, and now lets users add them to their Stories, meaning they no longer disappear after broadcast but can instead live on the platform for 24 hours.

So now here we are: 100 million more people are using Instagram's copycat version of Snapchat Stories than Snapchat's, and that makes us sad, but also impressed. 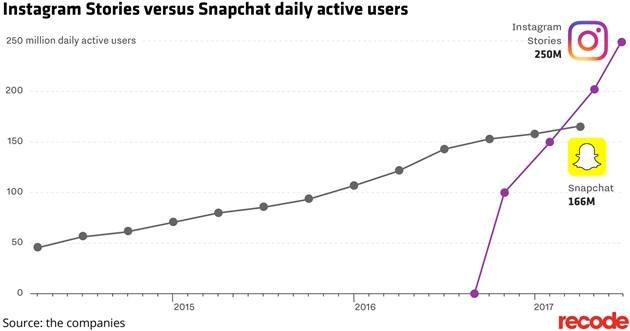 8. How to add a link to your brand's Instagram Stories

It's time to spice things up in your brand's Instagram Story. The Facebook-owned social network started rolling out the ability for verified accounts to link to Web pages last month, and slowly and quietly expanded that feature to business profiles that have more than 10,000 followers.

From starting a Story and adding the link to editing and publishing, Social Media Examiner has great ways to drive traffic to your blog, shake things up with new types of content, and promote your products or services in a new way with links on Instagram Stories. 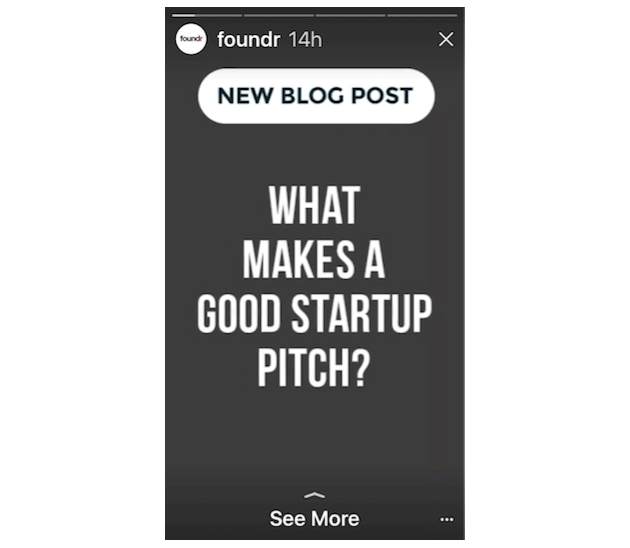 9. It's the GIF's 30th birthday, and Americans are more in love with GIFs than ever

June marks 30 years of GIFs. That's right, we had no idea they were that old, either, but a new study from Gfycat—the largest user-generated GIF platform—shows that 63% of Americans use GIFs. Even more impressive, 39% make their own!

Fully 70% of those surveyed who didn't know how to make their own GIFs would like to learn, so if your brand hasn't yet taken advantage of the comic relief a GIF can provide your social media content calendar, you're not alone!

Inspire yourself with one of our personal favorite GIFs from the old days:

The world is getting concerned. Extremists are remaining unknown to authorities despite red flags on their social media pages, and so European countries, including France, Germany, and the UK, are considering legislation to hold social networks responsible for being too lax on extremist content. Germany has already adopted such legislation.

Responding to the pressure, Google has published an op-ed in The Financial Times to highlight just how the company is leading new efforts to fight against online extremism.

The technology titan will use increased machine-learning technology to identify terrorism-related videos, add up to 50 new "expert" NGOs as flaggers of inappropriate content across its platforms, take a tougher stance on controversial (but unblockable) videos by adding interstitial warnings to them, and expand counter-radicalization efforts with a "Redirect Method" that use targeted advertising to divert could-be radicalized individuals to anti-terrorist messages and videos.