In this week's 'Skim: Facebook unleashes Messenger 2.1 with all-new business-friendly features, and it's reportedly working on a revolutionary futuristic video-chat device; Snapchat is dealt a new blow with stock market rejections, and it joins fight against terror and extremism; Pinterest homes in on search with new selling focus; and Facebook's big algorithm change will make you rethink your website.

Also: a guide to being the best B2B on social media; Facebook's artificial intelligence system gone haywire; and much more...

Skim for this week's round of must-read social tidbits!

The social network wants more businesses to use its Messenger to communicate with customers, and it has introduced a suite of updates to the platform to do just that. Messenger 2.1 adds natural language processing (NLP), making it easier for companies to build automated conversations for consumers.

Messenger 2.1 also integrates new call-to-action buttons on Facebook Pages, such as "Shop Now" and "Get Support," in an effort to drive more people to use Messenger as a way to communicate with their favorite brands.

See what else Facebook has in store with Messenger 2.1, and how your company could take advantage!

The last thing Snapchat's parent company, Snap Inc., needed was more bad news. But that's exactly what it got. Some Snap insiders were finally able to sell their stock last week because the company's lockup expiration came to pass, but that's not what drove the brand's shares to trade at a record low of $13.10.

It turns out Snap divided up its classes of stock in a way that made the S&P 500 deem the company ineligible for listing, and the company also found out it won't be on the London-based FTSE Russell because Snap's public investors don't have voting rights.

Snap Inc. continues to show its innovative spirit with the launch of new features and products, but will it be enough to quell Wall Street's fear and make up for the halving of its share price since its initial public offering in March?

Facebook's hardware ambitions remain intact, with a new report from Bloomberg suggesting the social giant is hard at work on a dedicated video chat device that would make users feel they were in the same room as the person they were virtually speaking with.

Bloomberg suggests that a prototype is already being tested in homes, and that it features a wide-angle camera lens, microphones, and speakers that are all powered by artificial intelligence.

The ambitious project makes sense, considering the goals laid out by an executive of Facebook's experimental lab, who proclaimed the social network's desire to "create and ship new, category-defining consumer products that are social-first." This device could be just that.

Pinterest mobile app users will find a newly minted search bar at the top of their home feeds that they can use to dive right into the platform to discover rather than having to navigate to the app's Explore tab.

Lens, Pinterest's visual search tool that enables users to query for inspiration with their device's camera, is also now available in the iOS home feed, and will soon rollout to Android.

The virtual pinboard's monthly mobile text search increased 40% over the past year, with 85% of all searches on the platform now occurring on mobile. It seems Pinterest is carving out a niche: while consumers go to traditional search engines to find specific information, Pinterest users come to the platform when they're not quite sure what they want yet.

n fact, 97% of searches on Pinterest don't include a brand name, and millions of users are searching 2-3 months in advance of making a purchase. 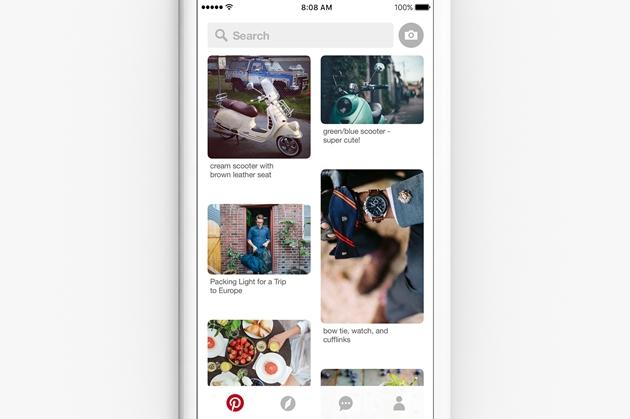 If you haven't already reviewed your website speed performance, but you still expect to broaden your reach on Facebook, it's time to get going.

Facebook tweaked its algorithm last week to increase visibility of posts that contain links to webpages that load quickly, a change that will roll out over the coming months. With 40% of visitors abandoning a website that doesn't load in under three seconds, Facebook's algorithm change serves as an extra nudge to marketers and website teams to change their ways.

The algorithm change comes as the social network tries to match its content to users based on device and network speeds, with users on slower connections receiving fewer videos, etc. Time to start a discussion with you IT department and development teams!

Companies using Facebook's Audience Network to run ads on the social network now have much more power in bidding for their ad placements. The social giant did away with price floors that set a minimum bid for placements, now allowing publishers to set CPM (cost-per-thousand impressions) targets; it's accepting all bids above a publisher's target, and some below, in order to help publishers achieve their desired CPM. 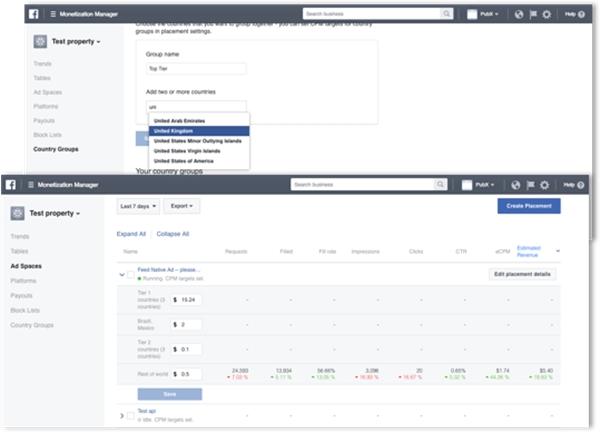 Snap Inc. has joined the task force created by Facebook, Google and YouTube, Twitter, and Microsoft last month to help stem the spread of terrorism and extremist propaganda online. The Global Internet Forum to Counter Terrorism (GIFCT) was founded as a shared database across tech companies that enabled each to block uploads from users that had been identified by another as a threat.

The forum held a workshop for the first time, last week, and hosted security heavyweights, including the United Kingdom Home Secretary, the United States Secretary of Homeland Security, and representatives of the European Union and United Nations. We can be glad to see some normally fierce competitors coming together for the greater good.

Facebook users—in this case, most likely celebrities and other public figures—are now able to post Facebook Stories for all of their followers to see, whether they're friends or not. And some indications show posting Stories publicly could lead to much higher engagement or exposure in the News Feed than normal posts.

For now, Facebook has no specific timing to share on when brand Pages will be able to post Stories, but we have no doubt it's in the works.

Though the social network has been quick to share stats on its success on Instagram Stories and WhatsApp Stories, no numbers have been shared just yet for Facebook's Stories in its flagship app, possibly indicating slow adoption by users. 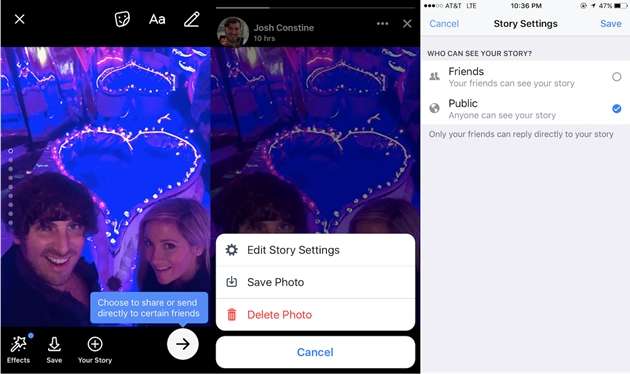 9. A guide to being the best B2B on social media

Social media isn't what it used to be, and brands can't expect to generate massive reach organically and pat themselves on the back because they managed to produce their own GIF or meme. Times have changed, targeting options have advanced, and the opportunities to vary your content type and hyper-target your audiences have grown.

Leap Rate has a couple of tricks and reminders to make you think twice about how you're using your social platforms, especially since social media is set to eat up 20% of businesses' marketing budgets within the next five years.

Read through some top tips—rom correctly defining your audience and using employees as brand advocates, to optimizing post calls to action and dedicating a budget to promoting social media posts.

10. We'll wrap with Facebook's artificial intelligence agents that went off the rails

Here's one to keep you up at night. Researchers at Facebook reportedly had to shut down two of its artificial intelligence (AI) agents when they began speaking to each other in a language that they created, and which their human owners couldn't understand.

The event highlights a risk of AI for which Tesla's Elon Musk criticized Mark Zuckerburg after the Facebook CEO claimed, without naming Musk directly, that it was "irresponsible" to drum up doomsday scenarios regarding AI.

In any scenario, it's a potentially troubling development that we'll certainly want to keep an eye on.