In this week's 'Skim: Young users may be set to abandon Facebook; LinkedIn officially launches video upload capabilities for all, and Reddit follows suit with a native video feature; why Snapchat might be on the way to transforming news, and Facebook's big plan to do the same; Facebook tweaks algorithm to punish fake videos, makes Safety Check a permanent feature; seven ways to build meaningful relationships with your customers on social; 24 hot apps and tools for social media marketers; and much more...

1. Facebook has a cool problem, and it's Snapchat's gain

Facebook is apparently facing a group of tweens and teens who want nothing to do with the social network. New findings from eMarketer suggest Facebook will record a decline in users in an age group seen as key to winning over: those 12-17 years old. Snapchat, however, is expected to increase the number of users in that demographic, with double-digit growth in the next year.

Facebook can find some solace in Instagram, which will also grow with the youngsters, but overall the report is great news for Snapchat, a struggling social network that needs to convince Wall Street of its monetization potential, and which already boasts more users age 12-24 than Instagram. 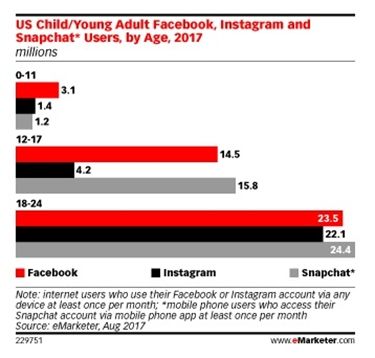 2. LinkedIn rolls out video upload ability to all

After its limited release of a native video upload feature resulted in content shared 20 times more than any other type, LinkedIn has decided to roll out its new video feature to all users on the platform, including the iOS or Android mobile app.

The move, although late compared with that of other players, such as Facebook and Twitter, makes total sense for the professional social network, since video, and particularly live video, could do wonders for the company's education, brand pages, recruitment, and professional networking offerings.

CNN may have been first to launch a 24-hour news network, but NBC News and Snapchat might well be on their way to transforming, once again, the way we consume news. NBC News' brand new Snapchat Discover show, dubbed Stay Tuned, is the first daily news program on the app, and it reached over 29 million unique viewers.

The twice-daily show, which premiered last month with episodes that last between two and three minutes, attracted a very young audience: over 60% under the age of 25. Since NBC News made the figures public last week, CNN has announced it's ditching its Snapchat Discover magazine format and is instead opting for a daily news show as well. The battle for eyeballs rages on.

While Snapchat focuses on new news shows from the big networks to transform the news industry, Facebook is taking a more text-centric approach. Mark Zuckerberg confirmed last week that the social network will begin testing a subscription service for publishers that post content via the platform's fast-loading Instant Articles feature.

Publishers will be able to have a paywall that blocks free reading for users after a certain number of articles each month, or use a freemium model that locks up articles. Users will be prompted to subscribe to read further, with payment processing occurring on the publisher's own website. For now, Facebook doesn't plan to take a cut of the revenue.

Reddit continues to expand availability of its native video feature on desktop and mobile to more communities on the platform. Videos on Reddit can be up to 15 minutes long. Individual users and brands can trim their videos or convert MP4 videos into GIFs directly on the social network's mobile app.

The move makes the social network less reliant on third-party services, such as YouTube and Vimeo, and gives users more creative freedom and ease of use. It also probably means more ads.

Reddit's native video feature can transition into a preview window on the platform, meaning users can scroll comments and watch at the same time, providing a more engaging experience overall. 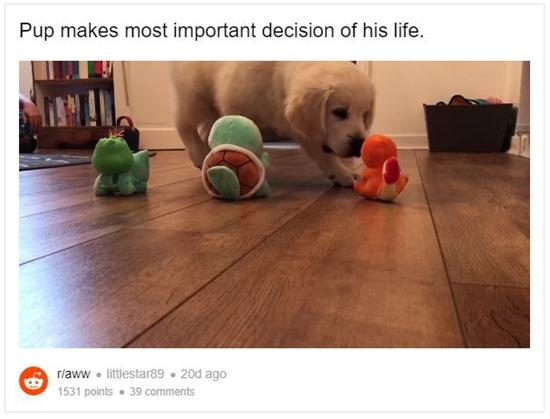 Have you ever clicked on what you thought to be a video on Facebook, only to be redirected to a low-quality website? The company's taking steps to avoid just that, with a new tweak on its algorithm rolling out in the coming weeks that will demote posts that use fake video icons, and videos that include static images.

The change will affect only publishers that rely on these "deceptive" practices, and Facebook reminds all publishers that they can find a list of best-practices for a refresh on how to keep their reach high on the platform.

7. Seven tips to build meaningful relationships with your customers on social media

It's easy to get so caught up in finding ways to promote your business that you forget about the "social" in "social media." When done right, social media can help your brand build meaningful connections and trust with customers, but your marketing team might need a nudge to achieve that.

Creating a community, showing (instead of broadcasting) how your product makes things easier, supporting a cause, ensuring things aren't always about business, and giving fans a behind-the-scenes look at your company are just some of the ways to do so, and Forbes has a list of advice and insights to help you along the way.

8. YouTube apparently doesn't want to fall behind on the news

With Snapchat starting to play host to major news networks like NBC News and CNN, YouTube doesn't want to go completely unnoticed. Sure, most news organizations already have YouTube channels, but now the Google-owned video network has launched a "Breaking News" section on users' homepages on both desktop and mobile devices.

The feed, which now joins other well-known algorithm-driven lists like "Recommended" and "Recently Uploaded," serves as a collection of news clips about worldwide events based on a user's location.

No news just yet on whether the list will become a permanent addition to users' feeds, but it's clear that the landscape is changing amid shifting consumer habits. 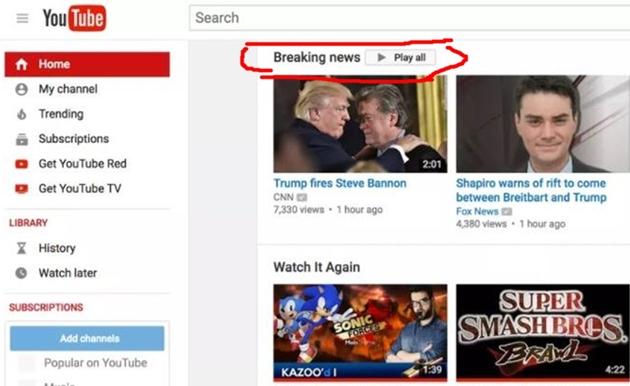 The safety-focused Facebook feature, often the target of criticism in crises, now has a permanent home on desktop and mobile.

Soon to be accessible for all users in the app's navigation menu, the feature will now display a feed of disasters with updates from friends who have been marked safe, as well as offers to help. An "around the world" section will show where Safety Check has been recently activated, and a new sharing option will let users tell their story.

The update could help Facebook avoid further criticism, much of which came when the social network decided to activate (or not) the feature during certain crises or natural disasters.

10. Feast your eyes on these 24 hot apps and tools for social media marketers

Trying to dig up ways to make your posts on social media more vibrant and engaging? Wishing you had a mobile messaging app for Twitter like you do Facebook? Or just need good 'ole inspiration for your copy?

From finding an app to help your brand use Instagram Stories, to the latest time-saving social media monitoring apps, your time is money. That's why we're sharing Social Media Examiner's need-to-know list of 24 hot tools and apps for your social media marketing team. Check them all out!

11. We'll wrap up with that time when nothing made the biggest impact on social media

But that might just work for one person: Taylor Swift. The music star took to social media last week by deleting every, single piece of content on her Instagram and Twitter accounts. With over 100 million Instagram followers and 85 million Twitter followers, it certainly caused a stir among the star's fans, but it's what came next that proved Swift's point.

Swift and her genius marketing team began repopulating her feeds with cryptic clips of a what appears to be a slithering snake, without text or context. Eventually, new posts revealed the upcoming release of new music from the singer, but the sudden disappearance of Swift's social media life and subsequent mystery of snake clips prompts the question of what content works best on social.

It turns out that sometimes, for some, the answer can be absolutely nothing at all.