In this week's 'Skim: why Facebook's latest algorithm change serves as a stark reminder to advertisers that they don't hold all the power; Facebook introduces a Pinterest-esque "Sets" feature; LinkedIn upgrades messaging—and your productivity—with smart replies; why Snapchat could soon became a legitimate source of referral traffic; all about Twitter's new "transparency center"; why social commerce is coming and your brand needs to be ready; three tips to optimize YouTube videos; and much more...

Skim for this week's social network news in a nutshell!

The social network this week quietly rolled out a six-country test that had all non-ad Page posts taken out of the traditional News Feed and buried in Facebook's newly launched (and practically hidden) Explore tab.

As a result, many publishers' referral traffic plummeted 60-80%, and engagement on some Pages in the six-country test block (Sri Lanka, Bolivia, Slovakia, Serbia, Guatemala, and Cambodia) declined four-fold from their usual levels.

Facebook's VP of News Feed said the test won't expand further—music to most social media marketers' ears, certainly. But we think marketers should considers this latest experiment a notice that even though the social network can be an integral source of traffic and growth for brands, there's no guarantee that traffic won't all go up in flames. If Facebook decides users would rather see only friends' posts in their News Feeds, you bet the cost of reaching your fans will increase.

Pinterest fans could find pleasure in Facebook's latest feature test. The social network is experimenting with what it calls "Sets," themed groups of posts that let users collect various status updates, photos, and videos, and share them as a grouped collection with everyone, or friends of their choosing.

The feature could potentially make it easier for businesses to target more niche segments of their fans by posting only for specific groups of leads or fans, while Facebook could eventually monetize the product by offering a special button to let users add a product to their "Sets." 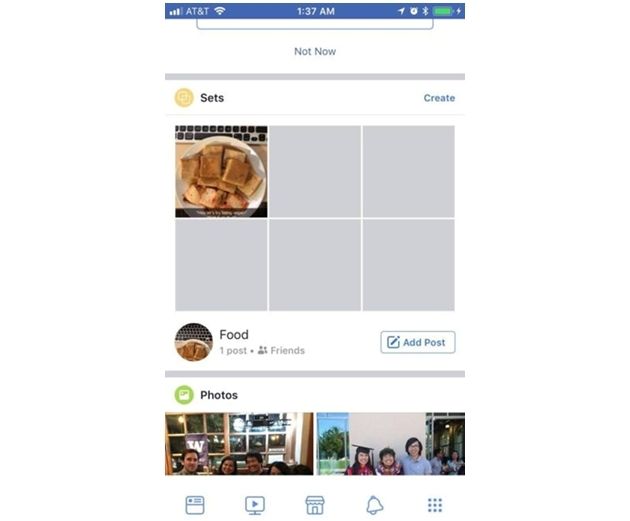 LinkedIn upgraded its messaging platform to make it easier for users to respond quickly, hopefully increasing engagement and use of the platform's messenger function. A bit like the iPhone, the company has used machine-learning to suggest up to three replies to users based on the content of the message.

The goal is to provide LinkedIn users with quick, relevant options for feedback to their networks, and the LinkedIn team says the replies will become even more personalized in the future. And, for now, your smart replies will be limited to English.

4. Snapchat could soon play a big part in your referral traffic

Thanks to a new update from the social messaging app, iOS users are now able to directly share links from other apps with individual friends or groups of users on Snapchat via the iOS share sheet.

This new ease of sharing of external links on the platform means users no longer have to copy and paste a URL; as a result, websites could gain traction in referral traffic from Snapchat itself.

5. Social media ad spending skyrockets, but which platform leads the pack (and why)?

New features and capabilities introduced by social media apps, such as Snapchat's Snap Map and Instagram's Stories, have evidently inspired new confidence among advertisers, with those two social networks benefiting from a 73% and 55% increase in ad spend, respectively.

4C Insight's data suggests that the new products helped marketers better understand how people shop, as well as providing a full-scale canvas to test creatives with little risk and cost. Facebook and Twitter placed third and fourth in ad spend growth—27% and 26%, respectively—thanks to increased measurement capabilities and a surge in travel industry spending.

6. You can now PayPal friends in Messenger

Facebook just got a little bit closer to everyone's wallet. PayPal has teamed up with the social network to develop a function that allows users to pay, and request money, from friends directly on Facebook Messenger.

PayPal has also gone chatbot, and Facebook users can now receive support regarding their payments or accounts directly within Messenger itself. In the age of Venmo, it might have been PayPal's best way to reach a Millennial crowd to ensure its longevity, but it's also no surprise given Facebook's influx of former PayPal executives.

Changes in consumer behavior on both mobile and social media suggest the West's dependence on major online retailers like Amazon for commerce needs might be fading in favor of a model more like Asia's—reflecting WeChat's incredible success as a commerce platform.

Following the arrival of a plethora of music, news, and sports content on social, consumers are spending more time on the platforms per day, likely indicating they're using them to fulfill activities that typically lie outside of their original scope of use. Mobile is also now the primary device for shopping, meaning consumers are more comfortable researching products and clicking order than before.

That mix of changes seems to be paving the path toward a vast opportunity for brands to use social as a selling tool. Time to be on the lookout for what's ahead.

8. Where and when it might be worth investing in Snapchat

A new survey from Greenberg Strategy could shed some light on when it might be, and might not be, worth investing in that brand-building Snapchat geofilter your social media team's been contemplating. As it turns out, it might be as simple as location, location, location.

The survey reveals a massive gap between use of the social media app at parties and in restaurants versus at sports stadiums and airports: 81% of users at parties reportedly use the app, but only 41% of those at sporting events do so. Also surprising? Though the 12-21-year-old crowd uses Snapchat at school at a rate of 64%, only 34% of those 22 or older use it at work. But where does the mall, concerts, or cinema kick in? Check out the full list!

Getting the most out of YouTube, whether for product tutorials, expert Q&A sessions, or videos from your corporate events, isn't always as easy as just posting a video and giving it a title.

Marketers can use YouTube's more advanced features to their benefit—from adding a location to your videos so that users can search for it based on their location and changing embedding parameters so users don't click away from your site after viewing a video, to quick rules to optimizing your videos' titles and metadata for increased visibility.

Social Media Examiner's got an essential to-do list for marketers that want to generate great leads and increase engagement on the platform.

In response to increasing scrutiny amid scandals of fake news and purported influence on elections in major democracies around the world, Twitter has designated a new Advertising Transparency Center in which users can take refuge.

The new section enables users to see all ads running on Twitter, which ones are being targeted at them, the content of the ads, as well as report ads as inappropriate or just indicate disapproval of them.

Twitter also announced this week the banning of two alleged Kremlin propaganda sources, international news outlets RT (formerly, Russia Today) and Sputnik, from advertising on the platform after being accused of having attempted to interfere with the 2016 US election on behalf of the Russian government. RT's spokesperson pointed out in a tweet that the social network had itself pitched the Russian outlet to advertise.

Political ads will take on additional scrutiny from now on, with new labels that make it easy for users to identify them as paid posts with a political agenda, as well as accessible information on the organizations that bought them, whom they're targeting, and how much they've spent.

It's a brave new world at Twitter, and the unhappy Russians are promising retaliation. Welcome to the new Cold War being waged via social media. 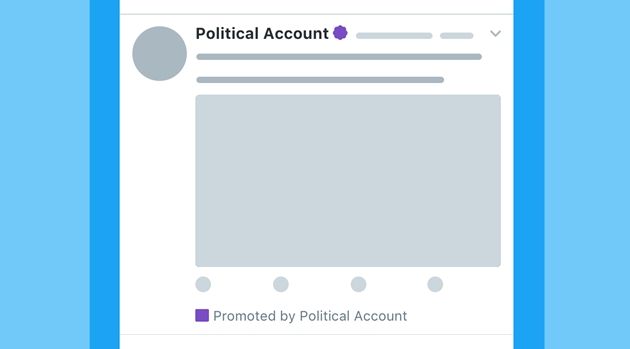