This week's 'Skim: how and why Facebook voluntarily lost users for the first time ever; all we know about Twitter's new Snapchat-like video feature; Instagram is set to finally let businesses schedule posts, and it's possibly launching a video-calling future; why Facebook and Google are fighting over local news; why an appeals court swiped left on Tinder for age discrimination; how to use Facebook Lead Ads to generate more leads; WhatsApp hits a massive new milestone; and much more...

Skim to save more time!

1. Facebook looks after the well-being of its users, even if its 'sacrifices' mean users leave

Over the last quarter, Facebook has made a series of serious changes to its algorithm. The reason? To prioritize the well-being of its users, discourage passive consumption of content, and better the role the platform plays in society, Facebook said.

That meant not only reducing the pace at which viral videos spread across news feeds but also prioritizing posts by friends and family above those of brands. The results? Time spent overall on Facebook has decreased 5% (50 million hours per day) and, for the first time ever in any of its markets, the social giant lost daily active users in the US and Canada—to the tune of nearly 1 million.

Despite all that, Facebook recorded a 47% ad revenue increase for the financial year. Suddenly we don't feel so bad for its "sacrifice."

Details are few and far between, but Twitter appears ready to find new ways to engage users and get them sharing video more quickly and easily with a new feature. According to those familiar with the project, the social network looks to reduce the time and number of steps required for users to share video and photo on the platform, a feat that's currently quite cumbersome.

Unlike Snapchat, which opens directly to a camera screen, Twitter users have to open the app, click the compose button, navigate to the camera button, take a video or photo, and then select the tweet button to share.

Some analysts think a new video feature could lure active users into using the platform more frequently, but not necessarily translate into the user base growth the social network needs.

A long-awaited and, frankly, overdue feature has finally made its way to Facebook's Instagram: post scheduling. Over are the days of employing a third-party tool to send push notifications to social media managers as reminders for them to post at a specific time.

That's right, the social network is supporting the new capability only from within its API, so it'll still be up to external solutions like Hootsuite and Sprout Social to bring the scheduling feature into their products so social media teams can take advantage of them.

If your social strategy calls for dabbling heavily in Instagram, but you haven't already, it might just be time to look into a social media scheduling tool.

CNN has its app, as do most local news stations, but Google thinks there's a gap in the market for a hub that lets users post quickly about hyper-local news and events—from road closures and high school sporting events to bookstore readings and municipal meetings.

Bulletin, a new Google app in testing in Oakland, California, and Nashville, Tennessee, looks to provide just that—a place for users to post quickly about breaking news in their area.

Twitter might already seem to have a hold on that space, but Google's unrivaled monopoly in search could give the tech giant reach Twitter just can't compete with.

Are you in Oakland or Memphis and want to give Bulletin a spin? You can sign up here. 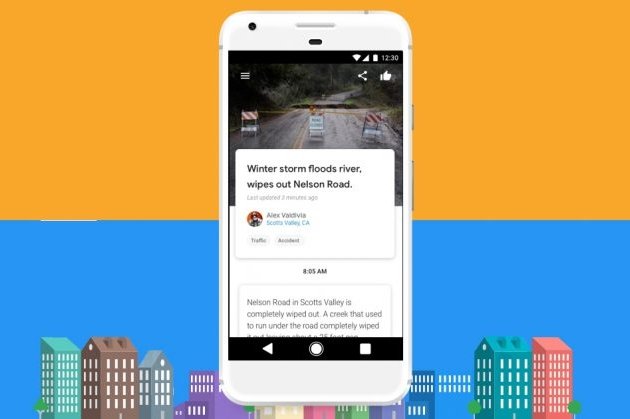 The social giant all but screamed the name of its next targets in its continued effort to usurp the functionality of all social platforms when it announced its new "gaming creator pilot program" this week.

Facebook looks set to challenge Amazon's Twitch and Google's YouTube in an ecosystem it hasn't yet fully explored, but which has the potential to court a segment of highly engaged users. Like Twitch and YouTube, Facebook's new space will serve as a hub for gamers to stream live video and let them earn tips for it, too.

What does Facebook have going for it? Gamers can stream in a higher quality than most traditional feeds, it boasts a 2-billion-person user base. Oh, and it also owns virtual reality company Oculus.

6. Leaked Instagram image suggests a video-calling feature on the horizon

Instagram appears ready to leap into an arena most probably didn't think it would—or at least not so soon. A leaked image of an unreleased version of the app appears to show a video-calling feature, much like the one on Facebook Messenger or WhatsApp, and it could indicate a drastic shift in strategy for the company.

Instagram has recently made several improvements to its direct-messaging feature, but the introduction of video-calling would position the social network as a full-fledged communications platform.

Instagram hasn't commented on the image, and there's a chance the it may never see the light of day... But, honestly, does it not make sense for the Facebook owned service to at least try its hand?

7. Facebook to put local back in the news feed

Google's not the only tech giant that seems to have discovered a reason to actively promote more local news to its users. Facebook this week announced it would start prioritizing local news sources and stories in users feeds, citing findings from a cross-country trip, during which Americans suggest that focusing on concrete, local issues could help stem the tide of negativity and division.

The thinking is that national outlets often focus on highly divisive issues, and so the new Facebook algorithm adjustment will push news stories clicked on by users in small geographic locations.

Facebook is expected to roll out the change in the US first, with international markets possibly coming as tweaks are made.

8. It turns out even social networks can't discriminate based on age

And Tinder just learned that the hard way. A California appeals court this week ruled the social dating platform has indeed implemented a discriminatory pricing strategy, which charges users under 30 only $9.99 per month for the premium service, whereas users 30 and above have to fork up $19.99.

Although Tinder originally defended its position as a way to entice younger users who likely have more budget constraints, the appeals court sided with the plaintiff, and the practice was deemed discriminatory.

9. How to use Facebook Lead Ads to find more prospects

Facebook Lead Ads are different from most other formats on the platform in that they provide a space for users to leave their contact information if they're interested in your product or service. And though many B2B brands are wary of Facebook's efficacy in delivering quality leads, social media managers should remember that employees who are on your radar are, most likely, also on Facebook.

How do Facebook Lead Ads work differently from others, and what kind of offers can your lead ad promote? What information should you require to build quality leads, and how do you actually build a Lead Ad? From answers to those questions to how to download your captured data post-campaign, Social Media Examiner has it broken down to a science. 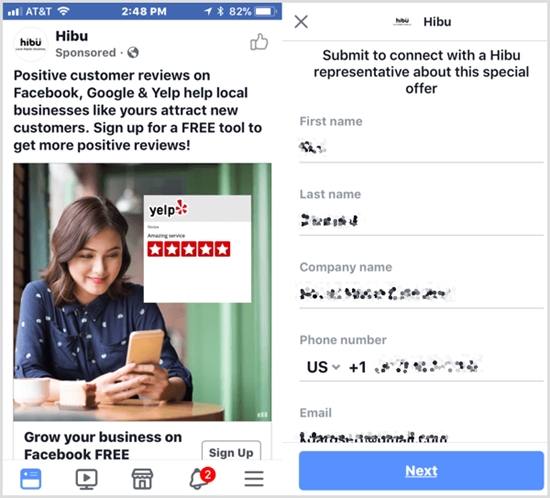 Facebook purchased WhatsApp for $19 billion in 2014, when the social messaging platform already counted 450 million monthly active users among its ranks. Now, with 1.5 billion users, it seems what some thought as an outrageous price to pay suddenly appears more digestible.

Even more impressive? Both Instagram's Stories and WhatsApp's own story-format feature boast 300 million users each, whereas Snapchat can claim only 178 million total.

Now that WhatsApp's attained such a following, Facebook's next move is surely, undoubtedly, to monetize them. Here we go. 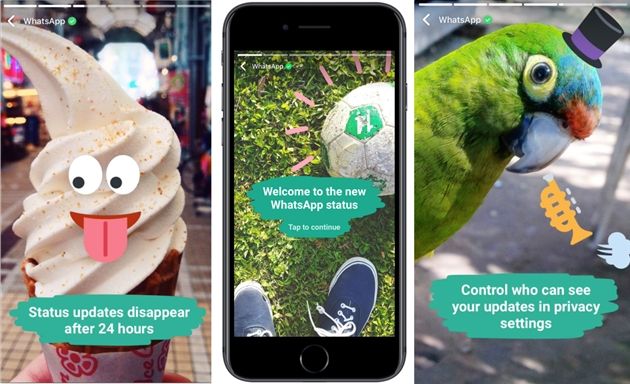 11. We'll wrap with the tiny 'rat' taking a 'shower' that became a social media sensation

This week's social media sensation, courtesy of a Reddit user in Peru, was what appeared to most to be an adorably tiny rat taking a tiny shower like a tiny human. But, by the end of the week (and hundreds of thousands of views later), news broke that the adorable creature was most likely not a rat at all, and that it was also probably in distress.

It turns out the animal is a pacarana, a large rodent indigenous to South America, and it was likely in a rush to rid itself of soap that was probably smothered on it by a human. According to experts, the movement signals distress, which means this viral animal video suddenly became a lot less fun than most.

We instead largely prefer this one: