Skim for a week's worth of social know-how!

What's more engaging than a 360-degree photo and combines augmented reality, virtual reality, and Facebook's News Feed? Interactive 3D model posts. The social network is polishing up a new way for users to share natively, and it could provide brands with the opportunity to test loads of new, engaging content.

Users can already drag and drop 3D files (industry standard .glTF 2.0) to the social platform, and those using Facebook Spaces—the social network's VR hangout rooms—can bring them right with them. It's a natural progression from text to photo and video, and now to more immersive types of media on the platform. Users could well end up buying and selling branded objects to play around with in their VR or AR worlds.

Want a customized chess piece to bring into your VR game? Bespoke jewelry and clothes to deck your future Facebook Spaces avatar with? It's coming.

2. LinkedIn to roll out Salary Insights for users

LinkedIn is set to introduce Salary Insights to members who give estimated or expected compensation ranges for vacant positions listed on the professional social network. The data will be based either on figures submitted by employers themselves or on data collected from other users.

For users it's a big bonus they've probably desired for a while now, enabling them to either walk into interviews armed with new figures or to skip over positions that don't meet their salary requirements. For recruiters, it could mean the days of low-balling candidates could come to an end. 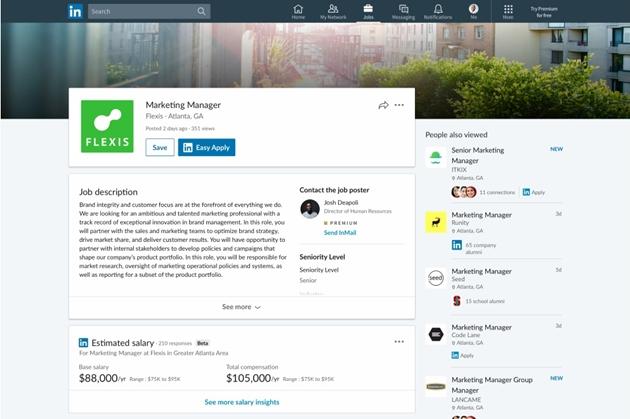 One year after its launch of Community Help, Facebook is set to expand use of the feature to organizations and businesses, starting with a few key partners. Community Help, which lets users find and provide help to those in need in the wake of catastrophes (natural disasters, terror attacks, and more) was integrated into the social network's Safety Check feature in February 2017.

Inclusion of businesses and organizations means brands can now take part in assisting the community in more ways than one—providing products and services to those in times of need, connecting volunteers between organizations, and more.

The move should expand use of the tool, which has accounted for 750,000 posts since its introduction last year, and provide businesses with new ways to build better relationships with their immediate communities and incorporate corporate social responsibility (CSR) into the social sphere. 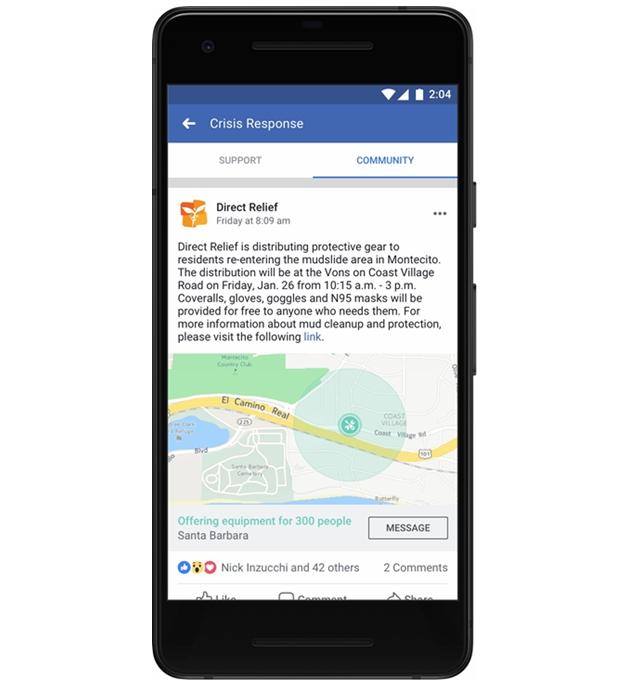 Users can now add GIFs to their snaps and stories with a simple tap and scan of Giphy's library, which has been integrated into the social messaging platform. The GIFs live alongside Snapchat's own new animated stickers, which can also be moved around and resized at will.

A second new feature coming soon to iOS users, and later to Android devices, is a tabs feature that will let users filter or sort through their friends with active stories, group chats, and their subscriptions in Discover.

That could address many users' complaints about stories' being mixed in with the entirety of their friends' snaps in the app's new redesign, and also provide a new way to organize, make the platform more user friendly, and increase discoverability.

Instagram's copy of Snapchat Stories launched in August of 2016, caught on like the plague, and by November 2017 reached over 300 million daily users.

With that growth has come new opportunity and greater ephemeral reach, so how can brands take advantage of the format in a way that gets them closer to achieving their social media marketing objectives? Adweek's Social Pro Daily has what you need to get started. 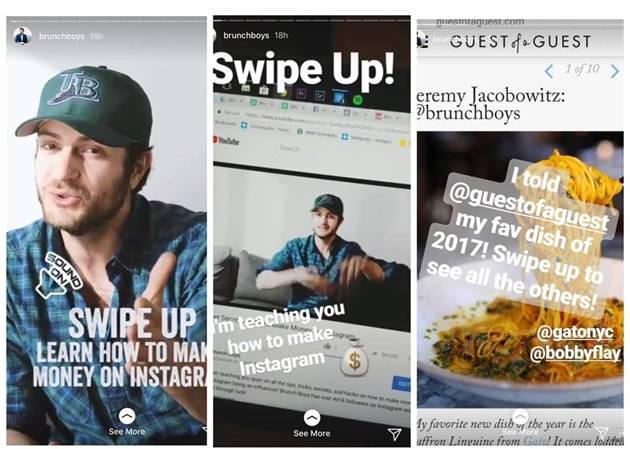 6. Likes are so yesterday... New Facebook metrics you should pay attention to

Facebook recently held a publisher-only webinar, and the message was clear: Garnering likes and posting often are no longer the gold standard for Facebook's algorithm. Instead, brands will need to focus their content on generating new types of interaction—shares. And not just shares of a post, but link shares within Messenger, around the Web, on WhatsApp.

Facebook will increasingly promote content that's making rounds on its ecosystem and generating loads of comments. These meaningful interactions are taking over what we used to know as the valuable metrics to track, and brands need to prepare.

Whether that means getting involved in WhatsApp Groups or focusing on understanding what makes content ultra-shareable, the uphill battle starts now.

Instagrammers can now decide how long they want photos and videos they send via Direct Messages to remain visible to recipients. The move gives Instagram's direct, ephemeral messaging feature—original to Snapchat—an added layer of customizability Snapchat doesn't yet have.

Instagram users can select from making their content sent via private messages available for viewing just once, looped so viewers can get an additional glance before it's gone forever, or "kept in chat" so their friends can refer to the content in thumbnail format in the conversation forever.

All that means Instagram's messaging functionality just got more interesting, and it will probably attract even more users.

8. How to use Instagram hashtags to build awareness and increase exposure

The Instagram hashtag game just isn't what it was in 2015, so brands need to be aware of the new possibilities and tools at their disposal to maximize their reach, build their follower base, and increase exposure.

Since the social network introduced a way for users to follow hashtags like they can other users, employing the right ones has become even more crucial in getting into the feeds of your target audience.

From using the right location-based hashtags to build on local awareness, to co-opting fun or untraditional hashtags to garner more immediate visibility, to creating a branded hashtag campaign and monitoring the effectiveness and popularity of hashtags, some top tips from Social Media Examiner help you maximize engagement on Instagram and so get you one step closer to achieving your social media marketing goals.

Facebook was dealt another big privacy blow—this time under Belgian jurisdiction—for tracking users habits online even when said users are not on the social network. In fact, a Belgian court said the social network must quit tracking Belgian citizens, and delete all data it holds on them, or risk paying a €100 million fine.

The judge seemed to find particular issue with the fact that Facebook can, without the knowledge of its nonusers, track their movement on the Web without those users' ever having even visited the Facebook website.

Though Europe certainly tends to have tighter restrictions on privacy than the US, the advent of fake news and increasing scrutiny on online identities could see similar questions and restrictions being raised on this side of the Atlantic.

Social media marketing is a wonderful invention for marketers, but it's also, as we've learned, an indispensable tool for states that are bent on influencing societies outside their own.

It's been a while since we've seen them take to social channels in a massive way to spread misinformation and fan the flames of a divided nation, but the recent school massacre at Marjorie Stoneman Douglas High School seemed to trigger the pro-Russia trolls once again.

Filled to the brim with memes that sow radical ideas, take extreme positions, and spread lies about the attacker, bots have taking advantage of the virality of social media to give easy fodder to both ends of the political spectrum in a way that can dramatically divide.

TechCrunch argues that the situation is so dire that, despite social networks' efforts to weed out the bots, cut ties to news organizations like RT and Sputnik, and create new guidelines, we just can't get a grip. Social media regulation, TechCrunch says, is coming.