Social media is not just for the young: 33% of online adults are Conversationalists—i.e., they post status updates at least once a week to social websites such as Facebook and Twitter—according to a study from Forrester Research.

More than half (56%) of Conversationalists—a new category on Forrester's Social Technographics Ladder—are female; and although they are among the youngest of social media user groups, 70% are age 30+. 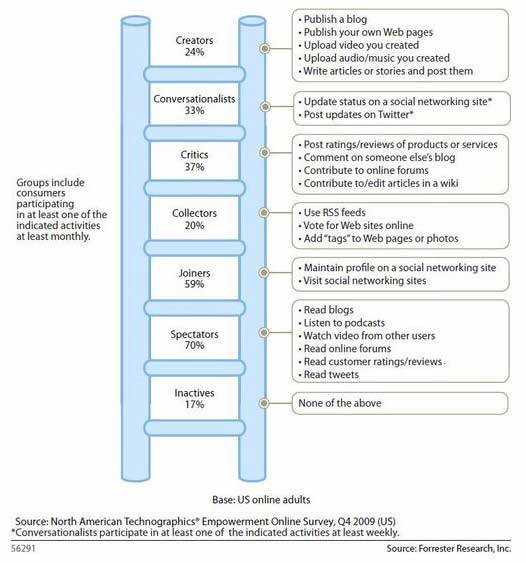 The addition of Conversationalists to the ladder is a reflection of two changes, according to Forrester's Josh Bernoff: "First, it includes not just Twitter members, but also people who update social network status to converse (since this activity in Facebook is actually more prevalent than tweeting). And second, we include only people who update at least weekly, since anything less than this isn't much of a conversation."

Among online adults who participate in social media at least monthly: