Trust in Facebook as a company has been shaken as a result of controversial changes it has made to its privacy policy, and that loss of trust may lead up to one-quarter of its users to curtail their usage or drop Facebook entirely, according to a new poll by MarketingProfs. 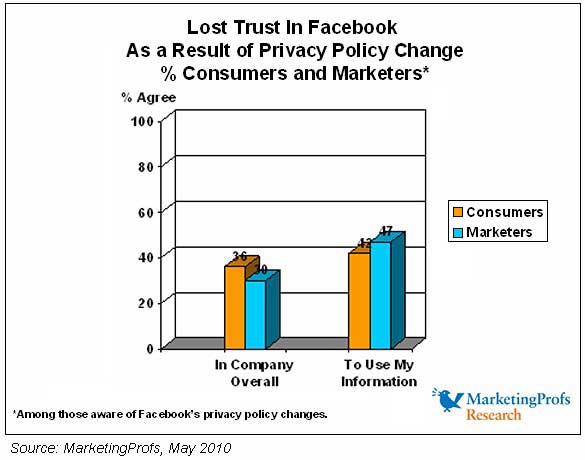 Moreover, 28% of consumers and 22% of marketers who are aware of the changes expect to reduce their use of Facebook as a result of those changes, according to the MarketingProfs poll. 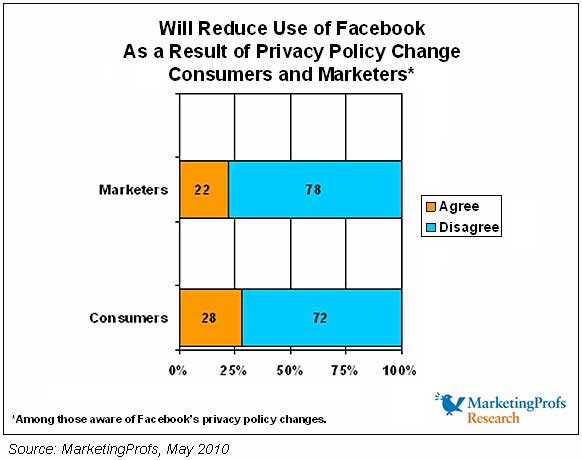 "Facebook's recent decision to change its privacy policy has rocked the trust of both consumers and marketers who have used the social network platform," said MarketingProfs President Roy Young. "While both groups are in the process of deciding what, if any, changes they will make in their use of Facebook, continued privacy concerns may threaten Facebook's long-term growth."

More than 8 out of 10 of professional marketers—83%, compared with 63% of consumers—were aware of the recent, highly publicized changes to Facebook's privacy policy, the poll found. 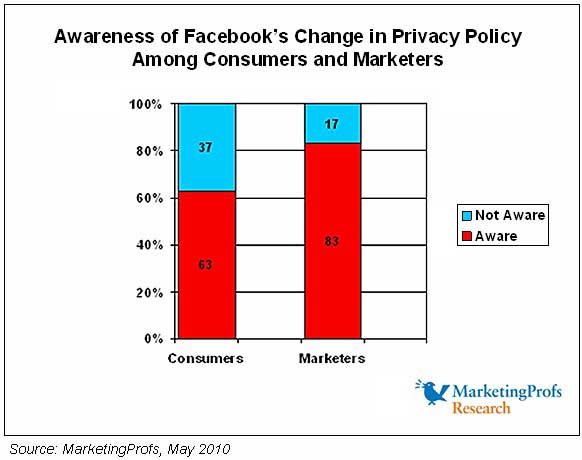 And among consumers and marketers alike, 70% expressed concern over the impact that Facebook's privacy policy changes might have on their own use, with nearly one-third of marketers and one-quarter of consumers saying they are "very concerned," according to the poll. 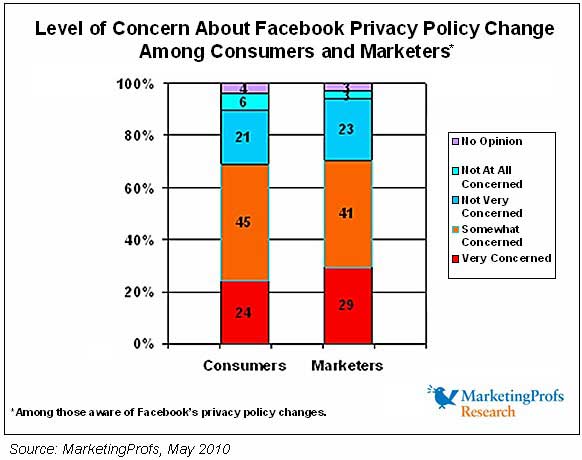 "Facebook's CEO Mark Zuckerberg in his op-ed in The Washington Post and appearances on CNN is talking about how new settings will fix the privacy policy problem," says Young. "But our poll indicates that it's going to take effort to win back the trust of consumers and marketers. They're going to want to see real change and more privacy protection." 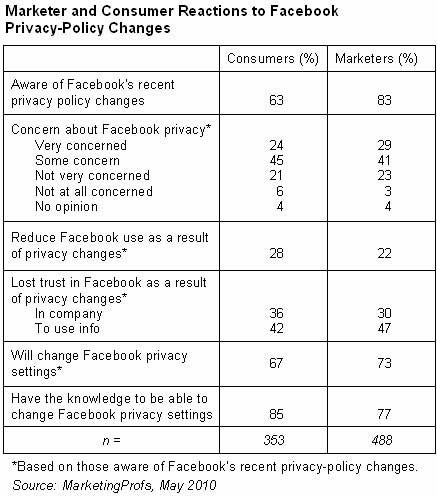 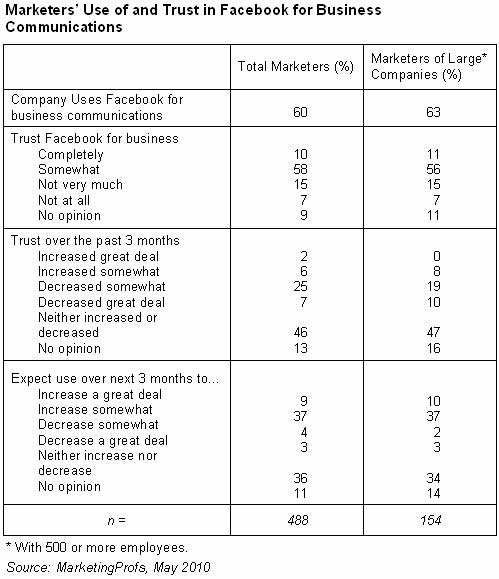 About the study: This MarketingProfs survey looks both at consumers who have adopted the social network platform for personal interaction and at marketers who use the social network to enhance marketing communications programs for companies worldwide. MarketingProfs surveyed a sample of its membership of professional marketers and a consumer panel representing the general population with Facebook profiles. The survey was conducted from May 18 to May 21 via the Web.