Most Americans Wake Up to Email

Nearly six in ten online consumers (58%) say they start their day by checking email, whereas 20% head straight to search engine sites and 11% check in with Facebook, according to a study by ExactTarget. 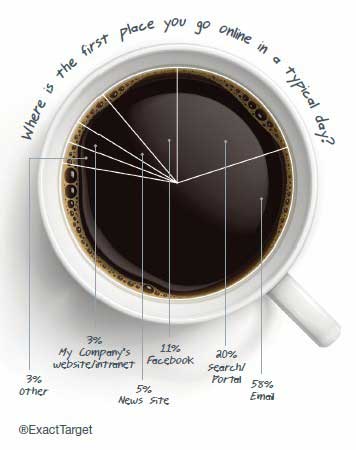 Email-first and Facebook-first consumers together constitute over two-thirds of all online adults, but each group comprises a distinct type of customer, ExactTarget found:

Below, other findings from ExactTarget's Digital Morning study.

Email has become the default way consumers grant companies permission to market to them.  Among online consumers—those who receive at least one permission-based email a day—93% say they subscribe to email marketing messages. 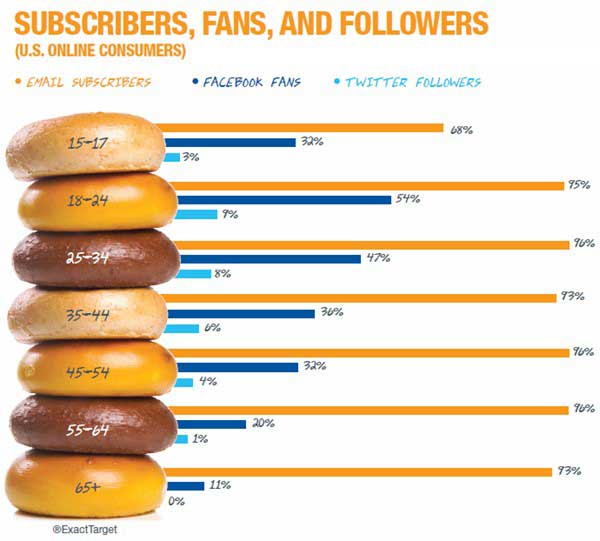 Continue reading "Most Americans Wake Up to Email" ... Read the full article