Most social networking sites have lost active users in the past six months, but Facebook has bucked that trend, a new study finds.

Eight out of ten active social media users (80%) have an account on Facebook, up from 71% six months earlier, and among them 54% visit Facebook at least once a day, according to a survey from Performics, conducted by ROI Research. 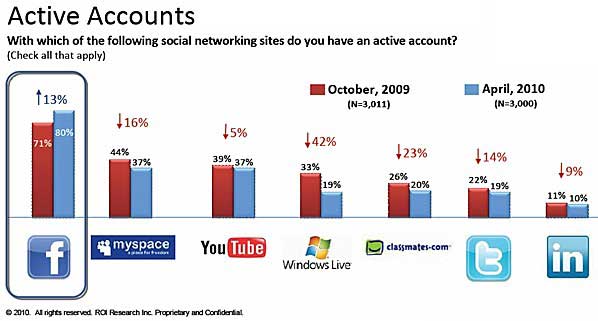 Meanwhile, other major social networks have lost active users. For example, 19% of social media users have an active Twitter account, down from 22% six months earlier. The greatest decline among the social sites studied has been that of Windows Live, the study found.

Below, other findings from the Performics study, S-Net (The Impact of Social Media).

Four out of ten active Facebook users (41%) say the site is a good way to get information about companies and products (40% said so six months earlier). 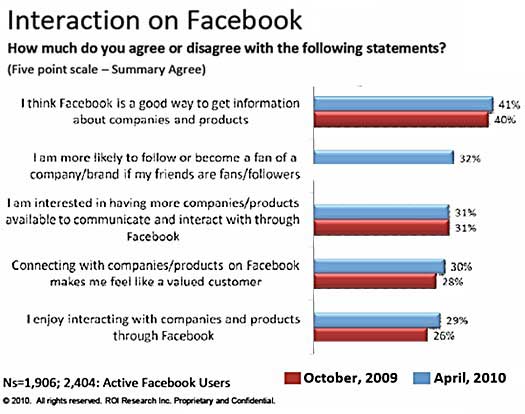 Overall, brand-oriented interaction levels among Facebook users have remained relatively constant over the previous six months: 31% of active Facebook users now say they are interested to communicate with more brands via Facebook—the same proportion who said so six months earlier.

Some 30% say connecting with brands via Facebook makes them feel valued as a customer, up just 2 points from six months earlier. 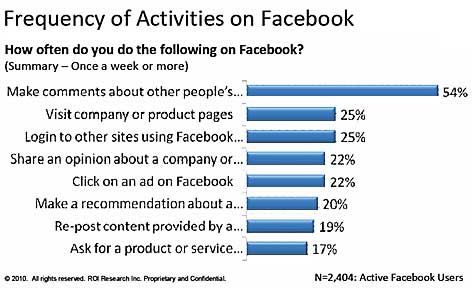 Similar to the Facebook findings noted above, those brand-related interaction levels are down slightly from six months earlier. 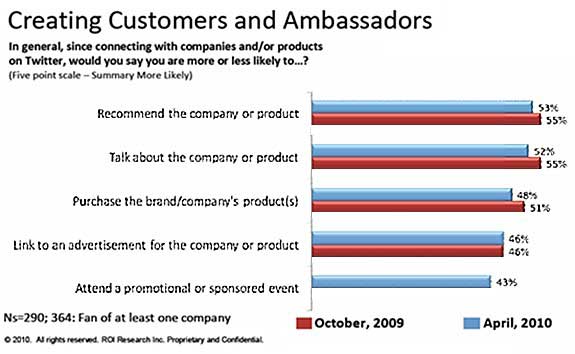 Social conversations around travel (22%), entertainment (23%), and apparel (24%) purchases are the least active among consumers surveyed.

About the data: Findings are from a study of 3,000 US social networking users age 13+ who access at least one social network regularly, conducted by ROI Research Inc. for Performics in October 2009 and April 2010.