Some 34 billion videos were delivered to US Internet users in May 2010, up 12.0% from 30.3 billion in April, with YouTube reaching an all-time high of 14.6 billion videos viewed during the month—surpassing the threshold of 100 videos per viewer for the first time, according to comScore data.

Overall, 183 million people watched online video in May—roughly 84.8% of the total US Internet audience, and viewers watched an average of 186 videos per viewer.

Google maintained its position as the top video property, accounting for 43.1% of all videos viewed in May, or 14.6 billion videos. YouTube accounted for the vast majority of videos viewed at the property. 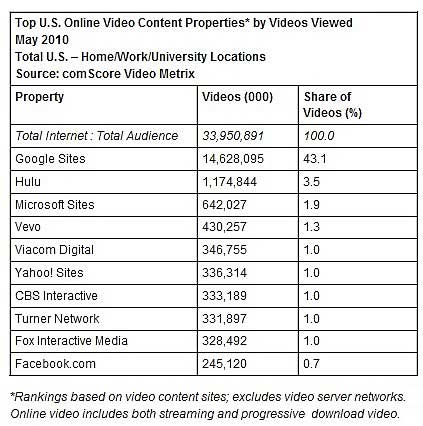 Vevo jumped one position from its April ranking, taking the No. 3 spot in May with 45.6 million viewers (an average 9.4 videos per viewer). 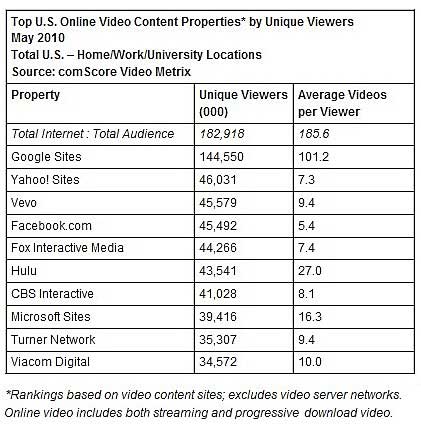 The average duration of online videos in May was 4.3 minutes.

Ranked by potential reach, Tremor Media was the nation's top video ad network, with a potential reach of 102.8 million viewers—56.2% of the viewing audience. 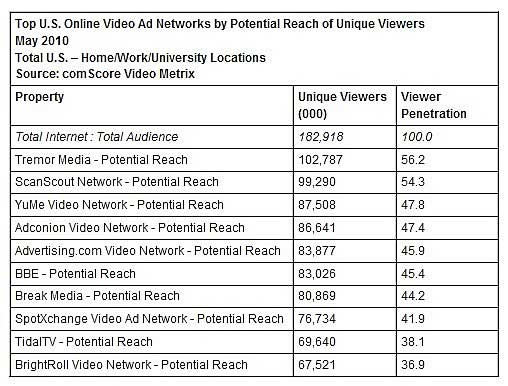