Most online teens (90%) use at least one social networking site—with Facebook still their top social destination—but nearly one-fifth (19%) of teens who have created a Facebook profile say they no longer visit the social site or are using it less, according to a survey from Roiworld.

Most of those lapsed users have simply lost interest: 45% of surveyed teens (age 13-17) who are now using Facebook less or no longer at all cite loss of interest as their primary reason for doing so; 28% say they are more interested in other sites. 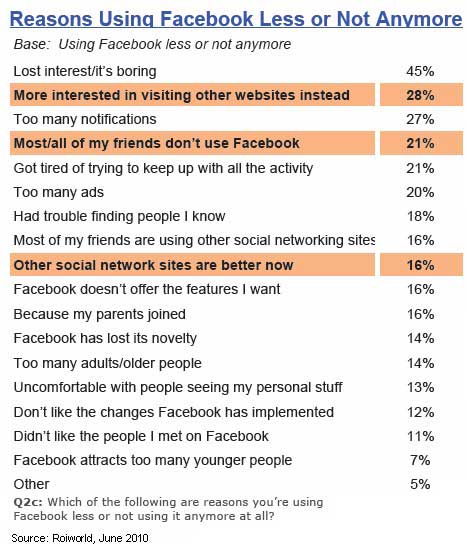 Some teens complain about too much activity on Facebook: 27% cite too many notifications, 21% say they got tired of keeping up with Facebook activity, and 20% cite too many ads.

Over one out of five teens (21%) say most or all of their friends no longer use Facebook, and 16% have left because their parents have joined.

Below, other findings from the Teens and Social Networks Study by Roiworld.

On average, teens spend 2 hours and 20 minutes per day online, of which 80% is spent using a social networking site, or roughly 1 hour and 50 minutes.

Though interest in Facebook may be waning, it's still the most popular social site among teens, registering lower churn levels among that demographic than YouTube and MySpace, which are ranked second and third in popularity, respectively: 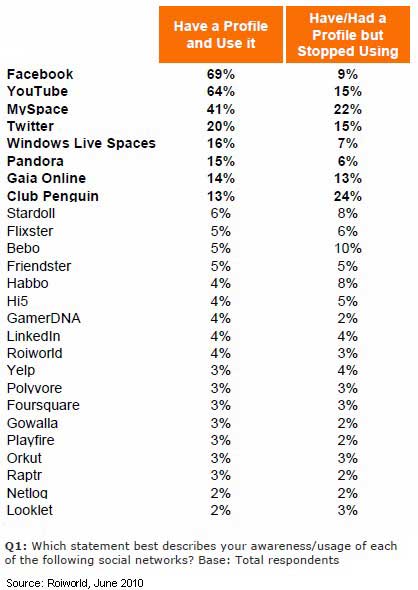 Gaming a Key Driver of Teen Social Net Use, Spending

Some 43% of teens with a social networking profile say they have spent money on a social site. Games garner most of the social network spending among teens. 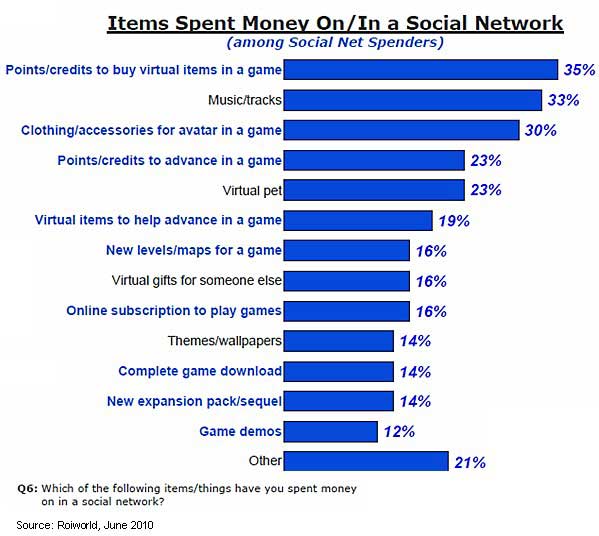 Nearly one-half (49%) of social networking spenders say they have an allowance for such expenditures.

Among teens who have not purchased anything from a social networking site, 64% say they have not done so because it's a waste of money.  Access to money is an issue for some teens: 34% say it's because they don't have a credit card, whereas 32% say their parents don't like that they spend money on such things.