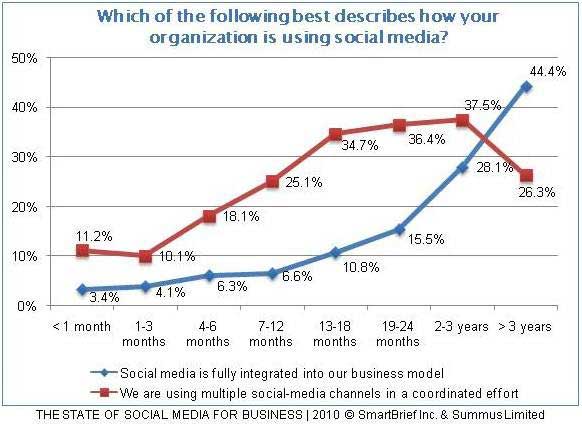 Below, other findings from the State of Social Media for Business by SmartBrief and Summus Limited.

Moreover, social tools are valued more by veterans: 27.9% of social media veterans say they would not be able to operate without a strong presence in social media, compared with 3.6% of rookies.

Despite some early innovators, most companies are in the nascent stages of social media marketing:

Brand-building (94.1%) is the primary goal for social media among surveyed companies, followed by community building (76.1%) and increasing website traffic (55.1%). 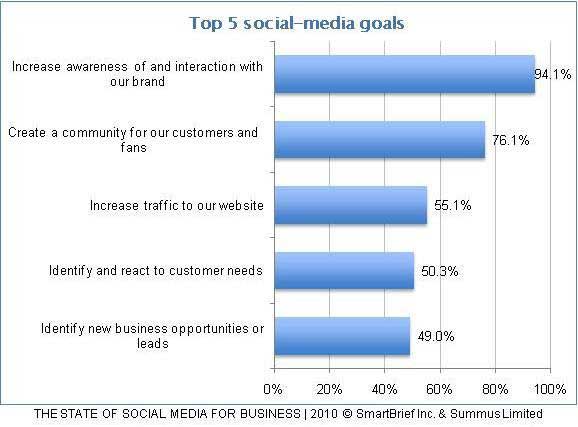 Nearly one-half of companies (49.0%) say lead generation is among their top 5 goals for social media. 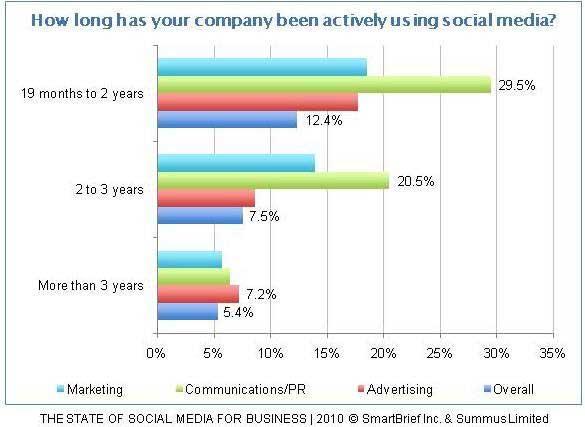 Likewise, ad and marketing firms have realized the potential of identifying and reaching target audiences relatively early: 7.2% of such companies have been using social media for three or more years, compared with 5.4% of all companies.

Despite their early presence in social media, communications and PR firms are not the chosen source of advice or consultation on social media for companies, SmartBrief found. Instead, most companies are using internal resources for developing and implementing their social media strategies.

One-third of companies (30.1%) say their companies have not adopted social media. Among such companies, confidentiality (33.1%) is cited as a key obstacle, as is management resistance (14%). One in five companies (20.6%) say social media is prohibited at work, and 19.8% cite the lack of knowledgeable staff. 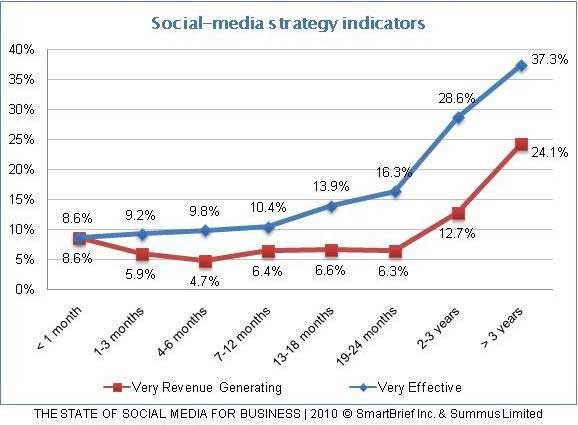 Not surprisingly, social media veterans are more confident: 24.1% say their strategies are very revenue generating, compared with 4.7% of rookies.

About the data: Findings are based on a survey of more than 6,000 SmartBrief newsletter readers in June 2010, conducted by SmartBrief and Summus Limited.