Apple accounted for 25.0% of US platform share as of December, up 2.9% from the previous three-month period, followed by Microsoft with 8.4% and Palm with 3.7%. 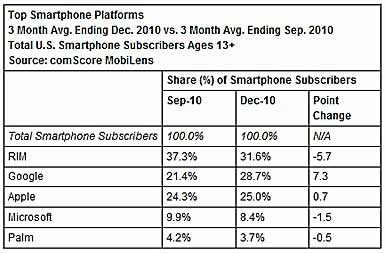 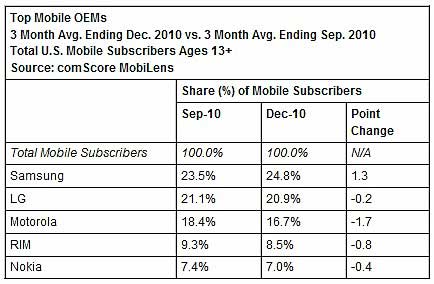 US mobile subscribers increased their use of all six types of mobile-enabled activities tracked by comScore in the three-month period ended December: 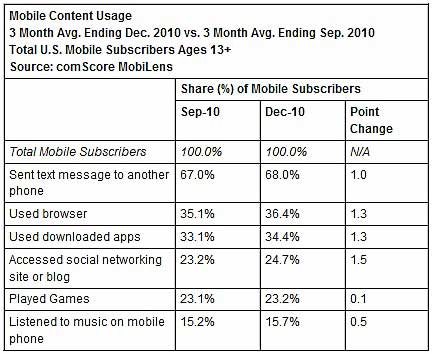