Though more than nine in ten Facebook users (93%) click on a Facebook “like” button at least once a month, their motivations for doing so vary considerably by age and context, according to a new study by ExactTarget and CoTweet.

Nearly two-thirds of Facebook users surveyed say they "like" at least one brand on Facebook; among them, the top like-related activities performed at least monthly include the following: 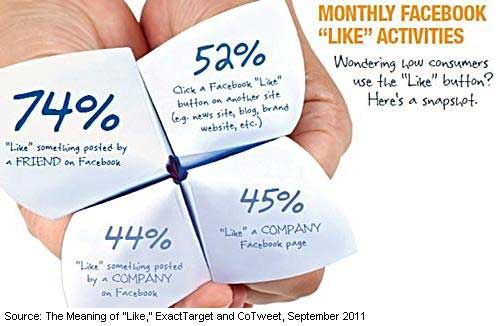 Below, additional findings from the titled "The Meaning of Like," the latest in ExactTarget's Subscribers, Fans and Followers research series. 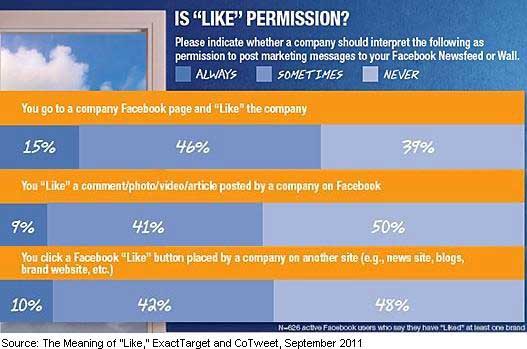 What Consumers Expect in Return 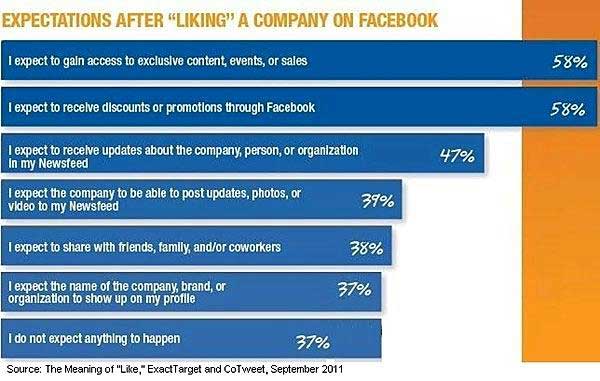 More than one-third of Facebook fans (37%) expect the brand's name to appear in their profile, while an equal proportion (37%) expects nothing whatsoever.

Among Facebook fans, expectations for brand interaction tend to vary by age:

However, age plays a role how people view the sharing of their profile information:

About the data: Findings are based on a series of focus groups, interviews and surveys among roughly 1,000 users of Facebook, conducted in May and June 2011. "The Meaning of Like" is the tenth report in ExactTarget's Subscribers, Fans & Followers research series.