More than three-quarters (77%) of the Top 100 global brands had a Google+ page as of December 19, 2011, up 16 percentage points from the 61% that did so a month earlier, according to research by BrightEdge Technologies.

By contrast, 93% of the Top 100 brands, based on Millward Brown's BrandZ Most Valuable Brands for 2011, now have a Facebook page. 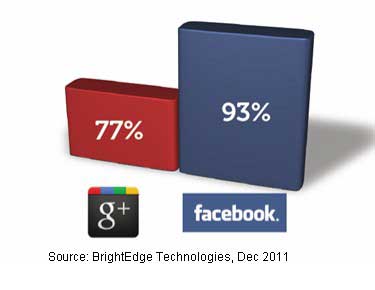 Some 16 of the Top 100 brands turned on Google+ pages in the previous month.

Brands such as Google, IBM, and Vodafone Group have a Google+ page, but no official Facebook page, whereas Marlboro, a Philip Morris brand, has neither a Google+ nor Facebook Page.

Below, other findings from BrightEdge Technologies. 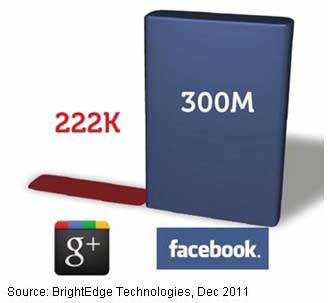 By contrast, BrightEdge's review of Facebook pages among the Top 100 brands found a total of some 300 million Facebook fans.

For the first time, Google has embedded Google+ pages from brands on the search engine's results pages. That increases the exposure of brands' Google+ pages to the billions of people using Google search.

"Top 100 brands are realizing that they now need to address both channels. Now the real work begins, if they want to extend their social presence on the Web from Facebook to the new Google+." 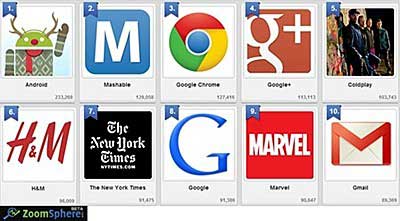 Below, is a list of the top 10 brands, ranked by Google+ follower levels, updated as of December 22.