LinkedIn is the most popular social media tool among the nation's fastest-growing private companies, according to a study by the University of Massachusetts at Dartmouth, Center for Marketing Research, under the direction of researcher Nora Ganim Barnes, PhD. 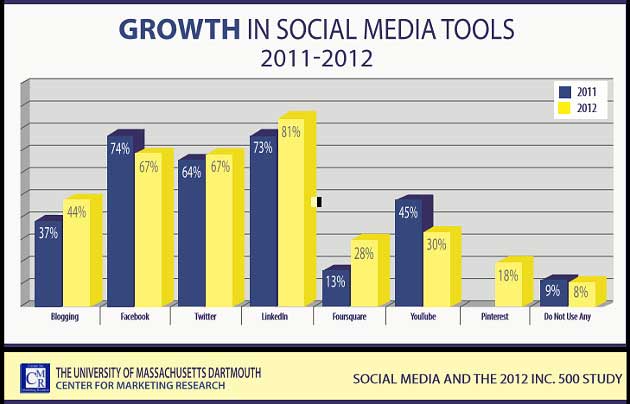 Other findings related to social media adoption among the 2012 Inc. 500:

Below, additional findings from the 2012 Inc. 500 study of social media use, conducted by the University of Massachusetts Dartmouth, Center for Marketing Research. 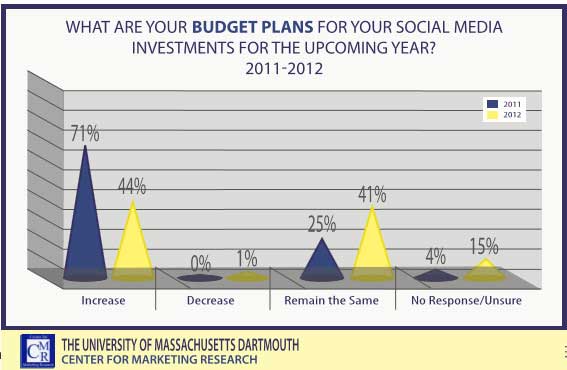 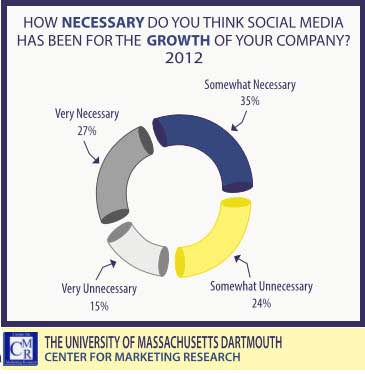 Only one-third (34%) of the 2012 Inc. 500 report having the ability to determine financial return on social media investments. Among that third, 19% say social media has helped them cut recruiting costs.

About the data: The 2012 study, under the direction of researcher Nora Ganim Barnes, PhD, is based on a nationwide phone survey of companies named by Inc. Magazine to the Inc. 500 list, conducted in October and November of 2012. The 2012 list was released in the September issue of Inc. Magazine. In this sixth iteration, 34% (170 out of 500) of Inc. 500 companies participated. Interviews were conducted with the highest-ranking marketing or communications executive at each company. In many cases, the company CEO or CMO provided the information.