Apple increased its share of US smartphone subscribers and its lead in the handset market in January 2013, according to data from the comScore Mobilens service.

Though Android is still the top smartphone platform in the US with 52.3% market share for the three-month period ended January, Apple's share grew 3.5 percentage points, to 37.8% as of January.

Meanwhile, Apple widened its lead as the top smartphone manufacturer with 37.8% OEM market share, up 3.5 percentage points from October.

Smartphone adoption surged in January 2013, driven largely by Apple: Some 129.4 million people in the US owned a smartphone in the three months ended January—55% mobile market penetration—up 7% from October. 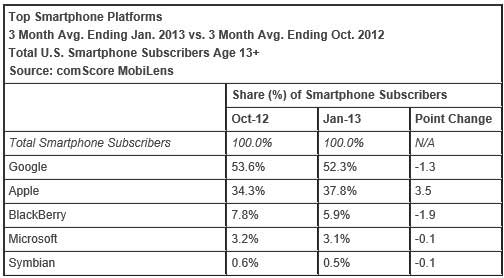 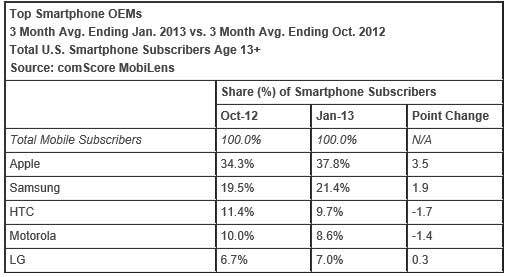