The average value of a brand fan on Facebook in key consumer categories increased to $174 in 2012, from $136 in 2010, according to a new report from Syncapse.

The 28% increase was driven by Facebook fans’ tendency to be super consumers: On average fans spend 43% more than non-fans in respective categories, despite not having higher incomes.

The study, The Value of a Facebook Fan 2013, examined the Facebook fan performance of 20 top brands. It estimated the value of a fan by looking at spending, media value, acquisition cost, loyalty, and the propensity to recommend a brand to others. 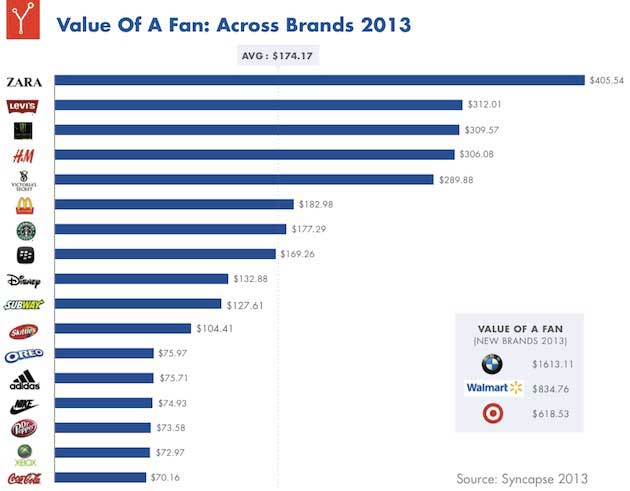 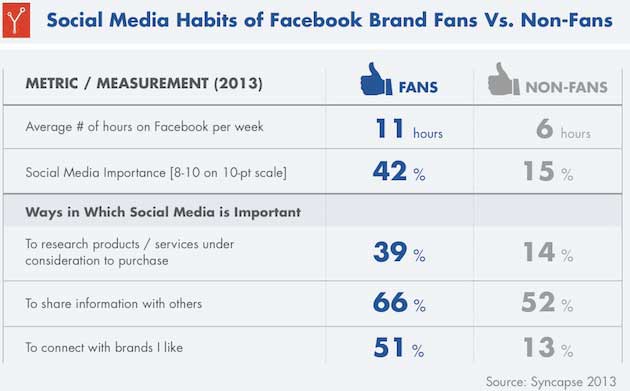 Average Spend of a Fan 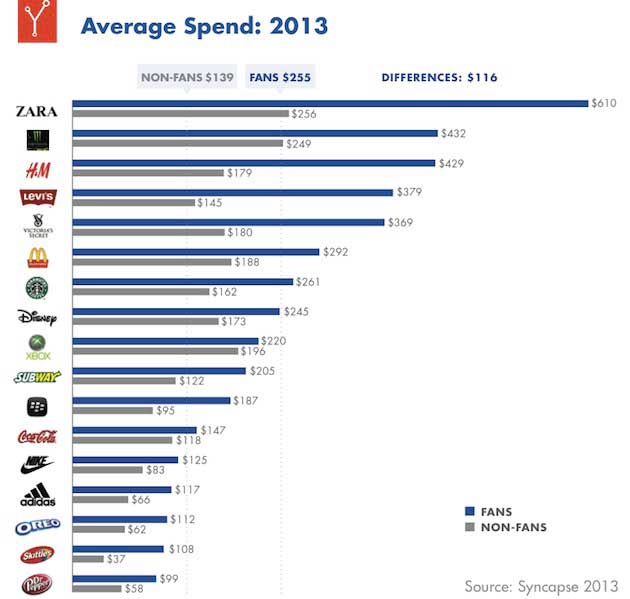 About the research: The study was based on a 25-minute online panel survey of over 2,000 people residing in the US. The survey was conducted in late January and early February 2013. Respondents self-identified as fans by indicating which brands they have 'liked' on Facebook.